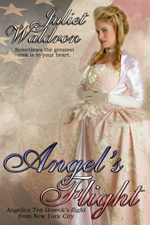 I happened into the world on George Washington’s birthday. For many years I took real pride from sharing the day with the great man. After all, back in the ‘50’s Washington's birthday was still celebrated on the day on which it fell, which meant that I always had my birthday off from school.

Pretty sweet—even if February in upstate NY meant we were buried in snow. It was fun to have a party on a school holiday. Friends came to sledding parties and for snow-fort-buildings, but, by the time I was eight or nine, costume parties were my favorite.   To have a costume party in the dead of winter was a little outre—remember, this is the ‘50’s in upstate farm country—but everyone got into the spirit, even if it just meant digging out last autumn’s Halloween costume again. 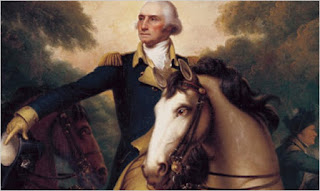 But to return to Washington --Father of Our Country. Think about what it means. It’s pretty heavy stuff to lay on anybody who put his pants on one leg at a time. Still, when you take a look at his track record here’s a thumbnail of what you'll find:

“Washington was Commander-in-Chief of the Continental Army upon whose victory the thirteen colonies depended to secure their separate and equal station among the powers of the earth. In the summer of 1787, he presided over America's Constitutional Convention. His presence lent decisive significance to the document drafted there, which continues in force in the twenty-first century as the oldest written constitution in the world. From 1789-1796, he held the highest office in the land as the first president of the United States of America under this constitution.”
* The Claremont Institute via PBS website

Washington was “the man who would not be King.” Unlike almost every other popular Revolution since, our military hero did not become a tyrant imperfectly hidden beneath a variety of pious designations as did so many others:  Augustus Caesar, Hitler, Napoleon, Pol Pot, Stalin, Oliver Cromwell and Mao Zedong. 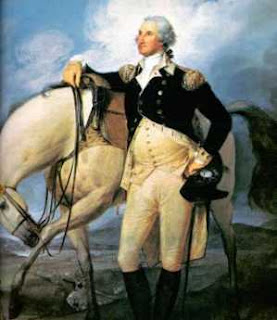 After the Revolutionary War was over, he said farewell to his officers and went back to Mt. Vernon. Later, when his two terms as president were done, he quietly returned home again. George Washington was truly the “Cincinnatus” his contemporaries called him. Like that legendary Roman farmer, he left plowing his fields to assume a generalship in time of war; after his country's need was over, he went back to his cabbages, corn, and tobacco.

Historian James Flexner’s biography of Washington is called The Indispensable Man, for the excellent reason that the general did not use his overwhelming personal popularity to set himself up as a despot.

"Guard against the impostures of pretended patriotism..."

He wasn't a demagogue, stirring up division in a nation which, after a long, brutal war, badly needed healing. He did not make promises he didn't intend to keep. He did not set himself up as King or attempt to found a dynasty. He didn't use the power of his office to enrich himself or his friends; and he certainly operated within the rules laid down by the US Constitution--after all, he'd presided over the room, during that hot Philadelphia summer, where this pattern for modern democracy was conceived.

http://amzn.to/1YQziX0  A Master Passion, the story of Alexander Hamilton and Betsy Schuyler, from childhood, to the duel, and beyond.  ISBN: 1771456744

Posted by Juliet Waldron at 12:30 AM No comments: