What Draws you into a Story? by Connie Vines #Round Robin @connievines_author

What draws you into a story? 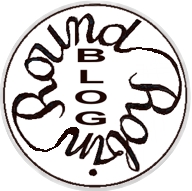 What draws me into a fictional story novel?

The characters are what bring me into the story and keep me involved in, and through, the whole novel or even the entire series.

The writing style (author voice) and the plot do add to the story.  However, since my stories are character driven rather than plot-driven, I assume this is why I find that style of writing so appealing.

While the opening paragraph catches my attention, it doesn’t always sell the novel. I will read the first three pages and the back blurb before making the purchase.  Of course, I usually complete an entire series by a author.  However, I have found a number of best-selling authors co-writing his/her series as of late. I am able to tell that something is 'off' in the plot and 'voice' .  I do not enjoy the stories as much.  And, unfortunately, I find myself in no hurry to pre-order or download the story upon release.

To get back on topic.

As a child, I read Nancy Drew mysteries and any story which centered around ancient Egypt, Greek myths, legends and, of course, horses and dogs (my favorite being Poodles).

One opening hook in a children’s book, that I still recall today, was from Charlotte's Web.

"Where is Papa going with that ax?"

Another opening is from I Capture the Castle.

"I write this sitting in the kitchen sink."

We all have our favorite type of opening paragraph.  What is your favorite?  Action? Dialogue? Narrative?

Here are several of my opening paragraphs:

Charlene hadn't told Rachel that she'd fixed her up with a cowboy, much less Lynx Maddox, the "Wild Cat" of the rodeo circuit.  Rachel sighed.  She should have know.   After all, Charlene only dated men who wore boots and Stetson.  Lynx, Rodeo Romance, Book 1


Audralynn Maddox heard her own soft cry, but the pain exploding inside her head made everything else surreal, distanced somehow by the realization that someone had made a mistake.

The Governor of New Mexico decreed that all Indian Children over six to be educated in the ways of the white man.

Indian Commissioner, Thomas Morgan, said: It is cheaper to educate the Indians than to kill them.

Isolated bands of colored clay on white limestone remained where the sagebrush was stripped from Mother Earth by sudden storms and surface waters. Desolate. Bleak. A land made of barren rocks and twisted paths that reach out into the silence.

A world of hunger and hardship.  This is my world.  I am Tanayia.  I was born thirteen winters ago. My people call ourselves "Nde" this means "The People".  The white man calls us Apache.


"You and Elvis have done a great job on this home," Meredith said as her older sister led the way downstairs toward the kitchen where to tour began.  "Sorry I couldn't get over, until now, but I've been sort of...well, busy."  Slipping her Juicy Couture tortoise-shell framed sunglasses into a bright pink case, Meredith crammed them into her black Coach handbag.  She hoped her sister didn't ask her to define busy.  Becoming a zombie, and dealing with the entire raised from the dead issue over the past six months, was not a topic easily plunked int casual conversation.


Remember my books are 60% at Smashwords!
Big, Big Sale!

Visit the other member's of our Round Robin Blog hop.  They have exciting stories to tell!