From Leno to Dancing with the Stars 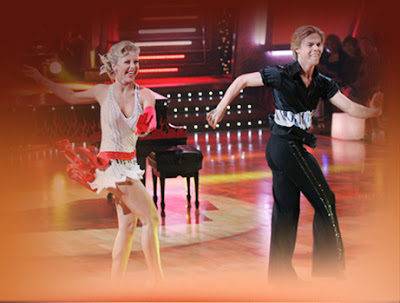 It doesn't appear that the economic downturn has affected the exorbitant wages paid those who "entertain." Does anyone else find this appalling?

I have two family members who have lost their jobs, one unable to find another and facing expiring benefits. No longer will she be able to take advantage of that luxurious $25.00 increase recently approved by the President. She's not eligible for Dancing with the Stars, and even if she becomes so depressed she turns to drugs and alcohol, she can't qualify for Celebrity Rehab with Dr. Drew because she's basically a 'nobody.'

But the good news...I hear President Obama's appearance on Leno was so impressive, he may be appearing on Dancing with the Stars next season. Maybe he can "wow" the world leader's he's offended and win back some of their respect. Ya think?

But hey, the wages are great even if he gets booted. He might be able to fill a gap in the budget deficit with his earnings.

Stars on a multi-character scripted drama can make upwards of $50,000 an episode – sometimes way upward. On reality shows, celebrities get what is referred to as Most Favored Nation status -- which means nobody gets more than anybody else. The celebs on "Dancing With the Stars," for example, get $200,000 for the entire season, [See celebrity reality TV payments on The Wrap] whether they're booted or not, a bonus of $100,00 if they're number one, a smaller bonus if they're number two, an even smaller bonus if they're number 3, a top TV agent told The Wrap.

So Marie Osmond made what Emmitt Smith made, what Cloris Leachman made, what Belinda Carlisle made this season -- and she was the first celeb booted off.
Posted by Unknown at 7:56 AM