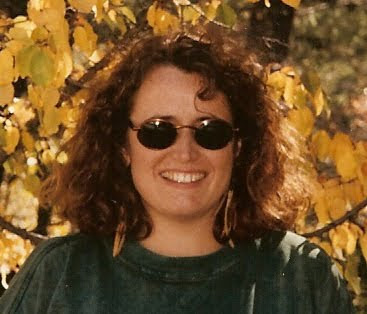 Okay, I know you Northerners are shaking your heads because autumn officially arrived weeks ago, but seasons change a bit differently down here on the Border. No doubt you, too, look for signs outside the arbitrary number assigned to a certain point in time. That touch of crispness in the air carrying a faint scent of wood smoke, schoolchildren bundled in wool skirts and team jackets, trees bursting into the rich reds and glorious golds of their final show of the year. Maybe even a snowflake or two...

In Laredo, Texas, we have none of that. Well, it's true we've grown so accustomed to the hundred-plus degree days lasting from late April into October, when those first 70 degree days finally hit we have a tendency to reach for the lone hoodie lurking in the back of the closet. But our smoke comes from a barbecue grill, our palm trees don't change color, and a snowflake would seriously stop traffic.

What we do have is butterflies. Clouds of them, yellow and orange and brown, dancing around your legs as you walk, clinging to the bricks on the wall beside the sidewalk, forming drunken tidal waves across the roads until you despair of being able to drive slowly enough not to send handfuls to butterfly heaven. They're our sign of fall - delicate little "leaves" with a mind of their own, here for a week or three, then gone, leaving nothing behind to rake or bag or mulch.

When my husband and I moved to Laredo four years ago, it was to be an adventure, an opportunity to learn more about the culture of my husband's family, who immigrated from Mexico to the U.S. nearly a century ago. But I wasn’t expecting the culture shock. Raised in Dallas and having spent the first half of my married life in Houston, moving to Laredo, for me, was like emigrating to a foreign country.

Things have often not been what they seem – like the ice cream truck that sells Frito Pie and sweet, icy raspas instead of the predictable Popsicles & chocolate-covered treats we were expecting. Other things have been wonderful discoveries, like the frozen bars on a stick at the local paleteria, where artificial flavors, colors and non-dairy substances are scorned in favor of chunks of ripe mango or coconut or pineapple frozen in real cream. And even on the hottest days, someone on a corner somewhere in town has fired up a grill and will be selling home-cooked five-dollar steak, bean and rice plates to support their church, their school, their political campaign, or maybe just a neighbor who needs help getting to San Antonio for their cancer treatments.

We’ve heard local musicians so stunning their audience momentarily forgets to clap, and eaten soup so good it's worth fighting for a parking meter in the eighteenth-century-wide downtown streets, just to stand in line outside a restaurant that doesn’t even bother to put up an sign.

The deer are so comfortable at the local university, the does tuck their offspring to bed on the lawn in the middle of campus, and the tiny fawns, eyes wide, watch cell-phone chatting students trudge by on their way to class mere feet away. And the human families are so important they do everything together, which means the dozen people ahead of you at the express checkout lane probably is just one person picking up milk and you'll be out of the store in far less time than you think.

Like the hero in my book, I’ve been an alien in a strange new land, but I’m glad to have been here. I'm thankful I learned how to see the butterflies.

When my daughter moved to Houston, I found a certain amount of culture shock, the palm trees alone as well as the ocean. I'm sure Laredo is even more so, but nice warm winters.I live in OKC and we get all the seasons, but rarely have blizzards, no hurricaines and only an occasional tornado.

I grew up in Dallas and used to drive to eastern Texas and Oklahoma to admire the leaves. It's beautiful where you are this time of year. Yes, I do love the warm winters, but I miss the thunderstorms, as rain is rare here. But then, we're too far inland for hurricanes and too far south for tornadoes, so there's a lot to be thankful for.