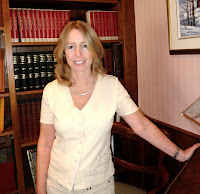 What an interesting thing it is to write a first novel.  I started my journey just over a year ago.  My swirling imagination continually took me to places and adventures that left the hairs on the nape of my neck standing like soldiers.  Then the day arrived when the twinge of an idea crept into my mind.  I could write a novel.
As an Engineer by profession, I’d published numerous technical papers.  My love of science fiction and the power of a fast paced read led my imagination down the Science Fiction Thriller trail. The plot, characters and conflicts literally unfolded before my eyes.  Writers block – what’s that?
For months I became obsessed with my writing.  Enjoying the gift of staying home to raise my two children, now teens, I managed my family and wrote.
By May of 2010, Spectra was a completed manuscript.  The few friends and family that had helped with the editing gave it rave reviews.  As I proceeded along the writer’s learning curve, I discovered the fun was over and the work had just begun: submissions, a swear word in an author’s world.
I glued myself to a chair and struggled through the painstaking query letter and synopsis stage of submitting a novel.  Driven to find a home for Spectra, I submitted it to every agent and publisher that would accept simultaneous submissions.  What a humbling experience: rejections by the swarms with a spattering of maybes.  I’m certain that avid readers would agree that far too often bestsellers by known authors are terrible reads.  Despite this, the book market is a very difficult market to break into if you are unpublished.  I’ve come to believe that if you want to read a fantastic book, read a first novel.  If they’re not stellar, they won’t be published!
My determination did not falter and in July I was offered a contract with MuseItUp Publishing, a new Canadian publisher headed up by Lea Schizas.  Before signing, I did some additional research into Muse. Lea had sculpted herself an impressive reputation in the writing world with the award winning MuseItUp Online Conference she’s hosted for the past five years.  The Muse business model was impressive with the ebook coming to market first to satisfy the changing demands, followed by a print version.  As I signed on the dotted line, I firmly believed this is a recipe for success.
I’ve now had well over a month to enjoy being part of the growing Canadian business called the Muse team.  The official launch is in October and I look forward to diving into the imaginative worlds of my fellow authors.
Spectra is due to be released in July of 2011.  It is the story about the discovery of energy based life forms on a distant planet.  Humans exposed to the life forms are temporarily gifted with enhanced intelligence, with the result of killing the peaceful life forms.  One man’s obsession with his new found cognitive abilities, leads him down a deadly trail.  More details about Spectra can be found at: http://museituppublishing.com/musepub/index.php?option=com_content&view=article&id=120&Itemid=82
I will close by saying to all first time authors: Never give up.  Imagine and write.
Posted by Unknown at 4:00 AM

Email ThisBlogThis!Share to TwitterShare to FacebookShare to Pinterest
Labels: Joanne Elder, Muse It Up Publishing, Musing Through September on Ginger Simpson's blog, Spectra

Excellent Blog. Loved reading your story and how your novel came to be. Look forward to it. I also second the accolades about Lea. I feel blessed to be able to be a part of her oranization. It's one thing to be published, but it's another to be published with someone you trust! Thanks for sharing.

Yes, ditto to what Charlie said. The concept behind Spectra is wonderful and its great to see another voice entering the sci-fi world. July 2011! Thanks for sharing, Joanne.