We Learn by Example...don't we? 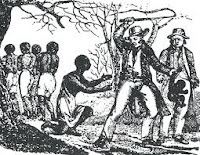 I understand why people despise bullies and being bullied, but I don't quite get why everyone is up in arms now. Yes, I know it's because of the rash of teen suicides that has brought the subject to the forefront, but there have been and always will be bullies in this world.  You can't change anyone else, you can only change yourself, so the only option we have as parents and grandparents is to model the kind of behavior we want our kids to exhibit. And we need to stop putting all the responsibility for teaching our children life's values on teachers and babysitters. 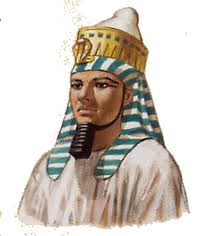 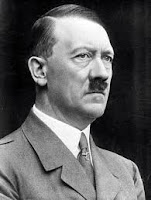 Think about it...Ramses bullied Moses, The whites bullied the blacks...and the Indians, Hitler bullied the Jews, the democrats bully the GOP and vice versa, Al Queda bullies everyone, and we act like it's only children entering puberty who have the problem.  We learn from the way we live, and from years of examples, we've taught our children to elevate themselves at the expense of others.

I doubt there is one person in this world that hasn't as one time or another been the victim of a bully.  It's no wonder that our younger generation is one of entitlement and bullying.  We've taught them in the wrong way by giving them everything they wanted or demanded and not expecting anything in return.  How many times have you used a racial slur or unkind remark in front of your children.  Use the word, "hate" much? 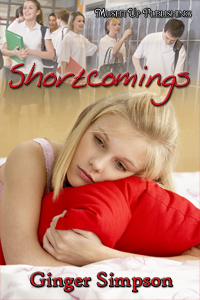 So what constitutes bullying? My upcoming young adult novel, Shortcomings, deals with this very topic...how we relate to people who are different from us.  At the recommendation of my present publisher, I'm creating a study guide to accompany my book, with hopes that it might be used as a tool in our local H.S.  My book is geared for 7th-12th grade, and a story that can also be enjoyed by adults.  It's never too late to learn.

Here's part of what will be included in my guide:


It’s a well-known fact that people with self-esteem issues like to make themselves appear bigger, better and smarter by bullying those they can.  What sorts of things constitute physical bullying? 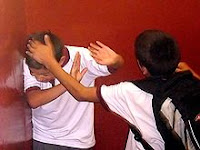 Some choose to engage in verbal bullying:
SO…what can we do to remedy these problems?  If you recognize yourself in any of these situations as the “bully,” then stop the bad behavior.  A better person will treat others as they would like to be treated.  Take a moment and picture yourself on the receiving end of your nastiness.  How would you react, and more importantly how would it make your feel?  I’m guessing, not very good.
If you aren’t a “bully” but have observed someone being one, you can still play a vital role by following one of these guidelines:
What if you are the victim?  Try following these tips:
These are just a few of the many things that happen when a bully picks a victim.  I witnessed it during my youth, and my biggest regret is that I stood by and did nothing.  One of the young victims did commit suicide, but I doubt anyone associated it with how he was treated daily.  No one wanted to share a bus seat with him, and I recall moving to center of my seat along with the others...only because I didn't want "to get involved" and have the bad behavior directed at me.  Maybe if I had done something...led by example...he wouldn't have killed himself.

As I said before...we can't change anyone but ourselves, so until we start exhibiting model behavior for our children to follow, bullying will continue to thrive in our lives.  Take a moment and think about a time you were bullied....please share it with us.  I truly believe the the old adage, 'misery loves company' is why there will always be those who strive to bring us down to their level of agony.  Don't let them.

You're right, there always have been and always will be,bullies. However, intervention is possible before it reaches extremes. Not everyone is capable of handling it.

Great post, Ginger. As a Christian, I've experienced quite a lot of bullying; everything from people hitting me (imagine?) to spitting in my face, threatening my children and blaming me for gays being hated. It's sad really, that people don't allow others to believe as they choose without offering their (usually uneducated) opinions.

Bullying is never right. Jesus said the world will hate you if you love him, and so it does.

Bullies have poor ways of handling their fears and frustrations. When people are afraid, they generally seek to control those whom they don't understand.

I think because I'm Christian, I just don't feel the need to control someone else. I have a Lord I answer to. His love and forgiveness are boundless, thankfully so - even for bullies.

Karen,
What a lovely post. I must admit I've met some Christians who give religion a bad name. I don't think any mere mortal has the right to judge another...that's a job better left for the Almighty, yet I've met some church goers who qualify as bullies because they act in God's stead and become judge, jury and hangman. I love your outlook. Why can't we all just be thankful for our blessings and get along. But...have we ever...Civil War, WWI, WWII, Korean War, Vietnam, and now the current battles. I'm sure we haven't turned out quite like God expected. Shame.

The worst bullying I suffered was when I was almost sixteen and came form the tongue of my father's friend with Dad in attendance laughing heartily with his friend. Dad so wanted to cull this man's friendship, Dad told me I was being over sensitive about "teasing". A man in his 40s making derogatory remarks about a teenaged girl on the cups of an already insecure time, puberty, is NOT just "having fun".

if the "adults" don't know this, how can we expect our children to know this?

I'm nearing sixty yet I remember to this day the pain caused first by the "cruel" words and then by my father telling me I was being TOO sensitive.

Students recieving awards on stage. Parents and students alike waiting in slience to see whose name would be called next. Another student was called and instead of clapping... radom names...queer...homo...where shouted from different areas of the room. While teachers and the assistant principle stood in silents not saying a word. This did not happen once....it happened at many school functions.

Terrific blog Ginger. Teaching by example is the way to go. If children see parents acting badly i.e. the ugly parent at sporting venues for example, they will think it is o.k. Most of these bullies seem to hunt in packs because they are cowards. Many people say ignore them and often this is the best thing, but standing up to them can sometimes, be the way to to. Depends on the situation. My humble opinion only, of course.

What a great idea, to put together your study guide! What you shared is so practical - it cuts through to the core issues and gives real suggestions for how to handle the situation regardless of your role.

I think that people sometimes made fun of me when I was a kid (coke bottle glasses and all A's) but I never really experienced serious, concerted bullying. Thank heaven!

So true, Ginger. No group is exempt from hatred in all of it's manifestations.

I think the widespread press lately is fueled by an undercurrent political agenda aimed at more political control over people in the US.

Teens have been committing suicide at an accelerated rate for the last decade and not all of them were gay or bullied. There was no frenzy over the others, bullied or not, gay or not, so why now? Political agenda.

Those who want to control will capitalize on someone's plight and pain to further their own agenda. We have to be careful not to fall into their traps.

Ginger, before I read your blog I said to my husband that we had bullies in school and were expected to stand up to them. Of course, we weren't harrassed by Facebook and so on since it didn't exist. I remember facing up to a few bullies and once I did that, they backed down. Now they tell you to ignore them and walk away.
Parents need to teach their children how to handle the situation, but the schools should step in if physical altercations erupt. I went through this with my younger son who was bullied on his paper route. I sent my older son with him and the bully stayed away. But I tried to tell my boys that bullies are insecure or they wouldn't behave that way and to always believe in themselves. I also complained to the bullies parents, but they usually chase you off because they're bullies too. A sad situation.

What a great book to write ginger. As a mother of a child who was bullied into a nervous break down, stabbed and then had her hair set on fire, I just wanted to address some of your points quickly.

Avoid reacting whenever possible. Reaction=satisfaction. Deny the bully pleasure. - Impossible when you are being pushed, punched, your clothes ripped and your items stolen. its usually about power, not pleasure for the bully..
Don’t engage. If someone shove’s you, don’t shove back.- The bullied person rarely does anything back because thats why they are targeted. They are weak and vulnerable.
Stay in an area where teachers or adults are present. A bully is less likely to perform in front of an audience of grownups. - my daughter was beaten up in front of her school teacher, who said she was too out numbered to stop the attack. My daughter was beaten in front of pupils, mothers, fathers.
Stay with friends. There is safety in numbers - Not always. When you become a target you have no friends because they are too scared to be with you.
If the bullying takes places on a bus, find a seat near the driver - the driver kicked my daughter and her bullies off the bus, when she told him what was happening. They were causing too much trouble he said.
Don’t flash expensive items that a bully might want to steal - they will take whatever upsets you. Be it an expensive item or a pen.

Your book has fabulous pointers. I hope it goes on to help many children. For my daughter, despite everything i did she had a
nervous breakdown. She endured bullying for three years, until they finally beat my beautiful girl down to a shadow of herself.
It took her
four years to recover. I believe there should be a greater punishment for it.