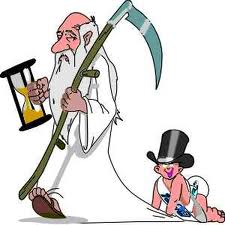 I cannot believe today is the last day of 2010.  It seems like only yesterday we were all apprehensive about the coming of 2000 and how our computer hard drives were going to be obliterated.  I recall the tech staff at the university working overtime to safeguard against what a new millennium would bring.  How shocked were we when nothing happened after all the hype?

As I look back over the past 365 days, I find so many friendships for which to be thankful.  I've forged lasting relationships with people I wouldn't recognize on the street.  Those who don't understand the kinship probably think I'm a fool, but those about whom I speak know exactly what I mean.  Anita, Ro, Lea, Phyllis, Jannine, Lin, Margaret, Melinda, Tricia, Lisabet...just to name a few women who have made such an impact on my life...a positive and much-appreciated one.  To Debbie, my exercise buddy, I say thanks for being such a good friend.  I wasn't sure I would ever have one that could actually come over and spend time with me.  You're a breath of fresh air.

Despite saying I was never going to move again, the house I so loved was filled with black mold, and we were uprooted once again after one year.  I've been much happier in my little condo then I ever expected, and I truly believe we've found our niche.  We have a welcome mat, but there's a two-day limit on your stay.  *lol*

I discovered Muse It Up Publishing and not only landed six contracts, but made a whole slew of friends that became a new family circle.  I've been with several publishers over the year but truly this is the most tightly knit group I've experienced...but not so tightly knit that they don't open their arms to all newbies.  Being part of this team has been most uplifting.

Although the dynamics of Eternal Press has changed a bit, I still maintain solid friendships with most of the authors there, and I appreciate Kim Richards for all she's done for me over the years.  The lion's share of my work is there.

I could go back through my blog and recap, but if anyone is that interested in my life, I'll let them do it.  *lol*  What's most important to me is  I enter the new year healthy, optimistic, and thankful for all the blessings I've received in 2010. I have a wonderful family, especially a grandson who is the light of my life.  The only thing I wish I could change would be that my son, Scott, lived closer.  I miss him terribly.

Through Facebook, I've re-connected with old friends and classmates.  It's awesome to reconnect with Caryl, Margie, Judy, Shirley... and today, on the very last day of this year, I received a phone call from someone I haven't seen or talked to in years...Karen who was my closest friend and confidante for years.  What a nice way to end one year and begin another.

To those who have helped me through the hard times, celebrated the good times, and loaned a shoulder when I needed one, I say "thank you."  May God continue to bless us all and give us the wisdom and strength to deal with the times that don't seem to be as blessed.  Having just turned sixty-five, I must say I approach the future with a little apprehension, and a big prayer that the Lord allows me to stay around a while longer and see some very important things through to the end...like making sure Spencer grows up to be a good man...which I have no doubt he will.  I just want to be here to see it.

God planted me, and I've learned to blossom where I landed.  I may never make the NYT Best Seller list, but the friendships I've forged and the fun I've had being an author makes me one of the richest writers around.  To those who continue to follow my blog, receive it by email, and care about me and my work, what can I say?  You inspire me to bigger and better things.  Happy New Year everyone, and thank you for being part of my life.

If you think I'm not going to end this blog with some shameless promo...then you don't know me.  *lol*

Remember...almost all my work is available in Print if you prefer.  Hey...get a Kindle...they're awesome.
Posted by Unknown at 12:32 PM

I started my year with a lovely comment from you on my review of my new novel. 'Trencarrow Secret' [No it's not a plug, just a reminder] I want to thank you too Ginger for your frequent help when I hit a brick wall, you were always there with a chisel to chip away at the mortar for me! Happy 2011!