Writing a Trilogy or a Series
Easy, right? 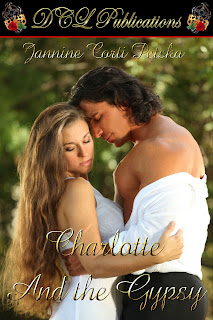 Whether you’re writing a trilogy or two or more books in a series, every writer knows she must keep meticulous notes, especially if secondary—or even minor—characters from one book get their own story to tell in another. Or if they make an appearance in book three or four. Organization was the key to keeping my Sisters of Destiny trilogy and my four-book Italian Medieval series on track—no guessing from one character to the other. At first, however, I was a bit daunted by trying to keep everything straight.
I’ve tried, but I simply cannot write a plot outline. Even my characters are bare-bones until I begin writing. I add their layers as I go. And I make certain to jot down every itty bitty thing, whether it’s a muscle tick in the hero’s jaw or my heroine biting her nails, or another character who constantly clears his throat. But what about keeping the details straight when you’re writing a series/trilogy that are connected? This is where a consistent timeline comes in handy.
For my Sisters of Destiny trilogy about three medieval psychic sisters separated at birth, I not only kept a chart of each sister for her story but also a central chart of all three on one page. This was important, especially when they all get pregnant—one twice! My chart consists of the date heroine meets the hero, date of conception, date each one travels to find her sister, and finally, date the baby is born. These headings go along the top of my chart. To the left are the sisters’ names. Below the chart, I note how each sister discovered she was pregnant: one faints, one has morning sickness and loses her food, and the other has a healthy appetite and can out eat a knight!
Because the sisters’ hair color, features and body type are very similar, I needed deciding factors to give them individuality. Hence another chart. This one has three columns, one for each sister, their names across the top. Now I can see side-by-side the slight difference in their eye color, their psychic abilities (each different), their temperament, and anything else they might share yet not share. For instance, all three have green eyes, but it’s the variation in the green that separates them.
You might be thinking that I do nothing but keep charts when writing. I don’t go overboard, but I also have a chapter-by-chapter chart, a monthly calendar, and a costume log. Okay, so I like charts.
What the sisters wear and their social upbringing come from their environment and do not beg for comparison. In book 1, CARINA AND THE NOBLEMAN, the story is set in the Po Valley, Italy; book 2, CHARLOTTE AND THE GYPSY takes place mostly in a Gypsy camp in Andalusia; and book 3, CALLIE AND THE KNIGHT, is set in England. As you can see, they grew up in very different settings. Only the nuances that make them identical triplets are difficult to separate, unless you are lucky and have a photographic mind. I don’t.
In the end, each writer must do what is best for her in keeping track of characters’ personal details. I’m visual, so I need to see things drawn out for me, and a chart does just that. But what do you do when you have a series where the hero and heroine are not so biologically connected? Well, that’s for another article.
To learn more about Jannine and her books, check out her website: www.jcortipetska.com
CHARLOTTE AND THE GYPSY, book 2 Sisters of Destiny trilogy
http://www.thedarkcastlelords.com/CharlotteandtheGypsy.htm
Book trailer at http://youtu.be/H26Ny5YuMis
Blurb:
Charlotte Nikolos was raised in a Gypsy camp, her pale hair and light skin in stark contrast from the darkness of her family. After she learns she has two sisters somewhere who share her looks and psychic powers, she's determined to search for them and learn why her birth mother sent her away. But where does she begin?
After three years of roaming, Rafael Cazares returns to his Andalusian Gypsy camp to pursue the woman he left behind in disgrace. He must win back Char's trust and recapture her heart. He insists on helping her find her true family but soon realizes someone is determined to keep them apart.  When Rafael's deep, dark secret is revealed, he will do everything in his power to protect the only woman he has ever loved. Even if it costs him his life.
If you missed the first book in the trilogy, CARINA AND THE NOBLEMAN, it’s available here: www.eternalpress.ca
Book trailer at http://www.youtube.com/watch?v=rERylu_39XA
Posted by Unknown at 4:00 AM

It's always interesting to read about how other authors work. Charts do make sense. I can never seem to stay with them. I agree, though, that it becomes important to have a system. I'm still trying to work out what mine is. LOL!

Keeping a timeline is an excellent idea, Jannine, particularly when writing a series. And goodness, monitoring all those pregnancies was quite a feat!

Gabriella, I never realized I had a system until I stopped and took a good look at my charts. LOL, I'm visual and have to see things front and center, and charts help me do that.

Hi Susan:
Charts, timelines, or whatever you want to call them, my old brain needs all of them these days, lol.

Thank you for stopping by.