Thank you, Ginger, for allowing me the pleasure of being one of your guest bloggers today. 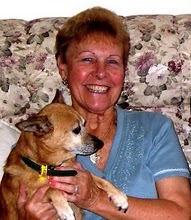 My name is Tricia McGill. I write romance under several sub-genres including historical, time-travel, modern and mainstream. I’ve even dabbled in the futuristic with Amaryllis. I think my favorite genres are time-travel and historical as the process of research fascinates me.
I have been writing for quite some time, and along the way made some amazing cyber friends; one of the most endurable being the indomitable Ginger. The internet is a wondrous thing where we become long-time friends with people we consider our best buddies, even though chances are we may never come face to face seeing as I live in Australia and she resides in the USA.
It was Ginger who introduced me to MuseItUp  where my next book, Remy, will be released in August this year.
Remy Blurb:
“Remy, a convicted man, is in love with Sara, the daughter of a wealthy property owner. Even in the prospering colony of New South Wales, it would be far fetched to think he could ever marry her. Sara’s father isn’t Remy’s biggest problem.
With his family and everyone else turned against him, Remy must leave his sister’s property. Sara despairs of ever seeing her love again, while Remy faces overwhelming odds and an ordeal that threatens to strip him of everything; his pride, his strength, his health—even his life. When Remy finally has Sara within his grasp, he is sent to a place where pain and suffering are everyday occurrences.
Will the lovers ever find the happiness they crave?”
On my Blog, Romantic Journeys, you can find out about the research journey I took to create this book.
This book was written as a tribute to all the pioneers who opened new frontiers in far flung corners of the world, especially the women who battled alongside their men. Women who were often torn away from the homeland they loved and forced to endure hardship and deprivation but faced it with fortitude and strength.
Here is a short excerpt from Remy:
“I love you with all my heart. And when I’m out of my term and a free man; then I’ll ask your father for your sweet hand.” He placed a kiss on her knuckle, and a tremor raced over her skin. He hoped it wasn’t just the cool air causing it.  He hoped she was as enamored of him as he was of her. “Will you wait for me?”
Her eyes widened at his impudence, but he knew without being told, his words captured her interest. “What nonsense! How can you speak of love, Remy? You’ve only just met me. How can you possibly have such strong feelings for me on such a short acquaintance?”
“Love knows no boundaries, of time or place. I’ll feel the same fifty years from now as I feel at this moment,” he proclaimed with fervor, cupping her chin with his palm. Strangely, he knew his words were true. He had felt a strong attraction for a few women before, but nothing like this all-encompassing devotion that seemed to fill all his senses.
“I know not what to say,” she said in a low husky voice. She made no move to remove herself from his touch, and that thrilled him to the core. 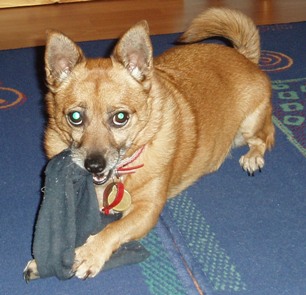 Animals, especially horses and dogs have played a large part in my life. My current pet is Jessie. She’s getting a bit long in the tooth now—like her owner, and is deaf—luckily unlike her owner, and is the best company. She is never far from me and at this moment is snuggled comfortably in her little cubby beside me as I write.
If you would like to read excerpts from my books or see some of my book videos, perhaps you would like to visit my web page.
Posted by Unknown at 4:00 AM