A New Year, an Old Thought 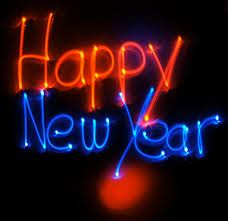 As we begin a new year, I wanted to share a post I wrote a few years ago...it still applies.  We're starting over from 1 in the 365 day calendar.  Wouldn't it be nice if we could all follow the saying, "Be the change you want to see?"

The older I get, the less patience I have.  I hope as my tolerance wears thin, my wisdom grows.  I try to think of my own behavior before I lecture others...but in some cases, when I point a finger,  four are pointing back out me.  One thing I can say...I don't litter.  :)  Happy New Year.  Go forth and be better.  (The post has been updated a bit).

Another day, another wrinkle and a new pain; and you think God doesn’t have a sense of humor? Think about it.  He gave us one to deal with the stresses of life; he has to have some release once in a while from a world that’s in a huge mess.  People just can’t get along no matter how much they’ve been warned to ‘play nice’.  If forty days and forty nights of rain didn’t get the message across, he probably threw up his hands and cried in frustration.  I can just hear him now.  “For heaven sakes, I drowned everything and gave them a chance to start over.”

Did we?  Heck no.  We turned all his beautiful work into arteries of blacktop littered with tons of trash, and with the wondrous brain he gave us, we created mechanical devices that belch smoke and gases into the air, turning his pristine blue sky to murky brown.  No doubt, he’s wondering why we couldn’t have stuck with the horse-drawn carriages; the most trouble they caused was a little pile of manure here and there.--it's called fertilizer.  That only helped the flowers and grass to grow.

As I listen to the daily news, I feel the Lord’s pain.  His children are engaged in constant war and killing one another.  Imagine what that must feel like. I detested my children’s bickering; I can’t picture one taking the life of the other. Losing a child is a mother’s worst nightmare, and we've plagued God with a never-ending one.

It’s not just in the middle east where war rages.  Even our own streets aren’t safe.  We fight for turf, designer shoes, and racial slurs.  Our children take guns to school to get even with those who bully them. We use violence instead of words.  How sad we’ve become. God allows us to make our own choices, and we continue to make bad ones. How we act speaks volumes about us.  This morning I followed another car as I drove my grandson to school.  A lit cigarette bounced off my windshield and then into the weeds along roadside. Luckily, the grass was drenched with frost and probably drowned the flame.  How can people show such little regard for the safety of our land and the people who live nearby when they decide to flick out a burning butt?

My anger is stirred to the point of boiling every time I see someone throw trash out their car window.  Our beautiful landscapes are littered with bottles, cans, dirty diapers, and fast food containers.  How difficult is it to hold onto your trash until you get home and can throw it where it belongs?  Just think if everyone did.  Wouldn’t that be grand?

My thoughts of his hygiene problem were swept away when the cashier rang up my total.  I think I gasped that the few things I bought came to almost $75.00.  As long as the cost of gasoline is sky-high, prices of everything else will continue to creep up, too.  Everything you buy is delivered by a truck, and the cost of diesel is even higher than gasoline now.  Why, I ask myself.  For years it was a whole lot cheaper.  Just another game that conglomerates are allowed to play.  I tried to find a bright spot by thinking that maybe high fuel prices would keep the litterbugs off the street, but alas, as I drove home, I was bombarded by a flying McDonald’s bag and a few French fries.  Where’s the pride, people?

Everyone is mindful of the upcoming elections and trying to decide on the right person to lead our nation.  In the big scheme of things, it really doesn’t matter who gets elected.  Things will never change until we do.  The secret to a better life is within each of us.  Love, pride, honor, and selflessness… just a few things we need to practice a little more each day.  Whether we elect a Republican or Democrat, male or female, no one has the ability to monitor all the little things that need to change to make our world a better place.  The candidates can’t even run for office without engaging in character assassination and smear campaigns.  What hope can you draw from that?

We all share responsibility to honor the gifts God has given us… to find a way to live shoulder to shoulder with one another in harmony and learn respect for our beautiful world.   I’d love to live to see the day.  Wouldn’t you?
Posted by Unknown at 10:30 PM

Email ThisBlogThis!Share to TwitterShare to FacebookShare to Pinterest
Labels: A New Year-An Old Thought, Dishin' It Out, Ginger Simpson

Kudos Ginger...this is a timeless piece of work. You have put into words everything I have thought in my head.

Ginger, I've thought just like you about litter, cigarette butts, all of it.
That's one thing my father taught me is to never litter. I taught my sons the same.
The constant killing over trivial things is also horrible. A boy in the area was killed for a new coat last week. I asked my husband, when you were young, did you ever hear of such things happening? He said no. Neither have I. People have no respect for life or each other.
I'm trying to be grateful for what I have even if it isn't perfect. I hear grateful people live longer.
My parents were far from perfect, but they taught me to respect life, care about people, and to never defile our land. I'm grateful for that.

Great blog, Ginger. I agree with everything you said. Values and pride in this country seemed to fall by the wayside. Sad...

Whether a person is religious or not, you're on target. Improving the world and quality of life begins with us.

Great post, Ginger! It's the same in the UK too. At New Year, a young Indian student was shot at close range in what is being called a racist attack. He didn't know his attacker, his attacker didn't know him but just didn't like the colour of his skin, it seems. What a sad world this has become.

Good things to keep in mind.