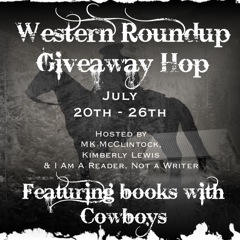 When I started writing . . . Kat Martin, an international best selling author from Clinton Montana, told me 'write what you love to read.'
Well, that was easy . . . I couldn't read enough Indian historicals. I was reading one after the other.  Could I really write an Indian historical that people would love to read? I truly believed I could.

So I wrote my 514 page Whispering Sun. Because it was my first Native American novel - it became extremely special to me. I'm so proud of this book - and nothing would please me more than for this story to 'take you away from it all' . . .  back to a time in the 1800s . . . 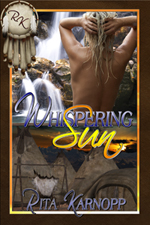 New Territory of Montana 1863. Sarah Bryson’s silent world is destroyed when her so-called fiancé has her kidnapped to prevent his discovery as a gun-runner. After surviving a massacre, she is rescued by Blackfeet warrior, Two Shadows. But in order to reach the safety of his village, they must confront wild animals, ruthless mountain men, treacherous mountain storms, and Crow Indians bent on revenge.

Sarah seeks her true identity as a woman. Two Shadows’ struggles with loyalties divided between his love for a white woman and his devotion to his tribe. Whispering Sun captures a time when the Blackfeet are forced to see their way of life disappear. It’s a story where it’s possible for a white woman to decide she belongs with a loving people and a Blackfeet warrior. It’s a story that shows how a half-breed can choose an alliance and find his place in a colliding world.

~ REVIEW ~  Rita Karnopp has composed both a creative and enduring tale of trials and tribulations that are, oh, too real, and leave an overwhelming impact on the reader. From betrayal, to finding love, she has written a masterpiece that is hard to put down. Cherokee, Coffee Time Romance
Posted by Rita Karnopp at 1:00 AM