Hard to believe that sixteen years ago today, I said "I do" for the second time in my life.  After being married for thirty-two years, the last thing I ever dreamed would happen was divorce, but sometimes, as you all well know, life takes twists and turns we can't see coming.  I lucked out...I found a keeper the second time around, and although I will always love my first husband, Jack Daniels stole him away from me.  Hubby number one passed away not long ago, and I still cry when I hear "our song", but having Kelly in my life is a blessing beyond compare...okay, sometimes he's a pain, but he's mine.  *lol* 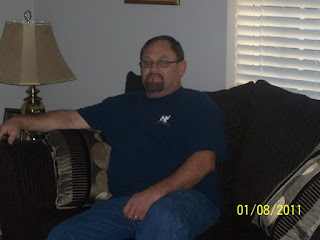 In February, another blog held a contest of "firsts."  I happen to have won the contest, and I thought since today is a special day for me, I'd share one of the entries that helped me win the Valentine's Day event:


The music blared and the dance floor grew crowded with couples, but I still sat on a stool, hunching over the elevated table in a room lit by the multicolored lights overhead. A half-empty glass sat in front of me, a symbol of how I'd begun to view life.  Someone had changed the dating rules during the past thirty-something years and I wasn't very prepared to face the new generation.  My mother would be aghast if she knew were I was.
I'd already turned down several invitations to dance, and pondered going home.  I must have been suffering diminished capacity when I came to this single's dance by myself.  I'd tried for months to get my friend to come, but she always had an excuse.
My gaze wandered the room, and my stomach churned at the assortment of men still looking for partners.  No one there appealed to me on that all important "chemistry" level...especially the guy with 'Donald Trump' comb-over, or the one with gold chains to rival Mr. T.  Evidently, they were as ill-prepared for dating as I felt.
Then, I noticed him.  Standing against across the room, one knee crooked, his cowboy boot firmly against the wall.  The term, "where have you been all my life" came to mind...at least, where had he been for the past two horrible hours I'd suffered conversing with jerks.  He wore a white shirt with long sleeves rolled up to his elbows, black jeans, boots, and had hair.  When he looked my way, I dipped my chin and stared into my lap.  I didn't want him to think me bold.
"Just go home," a little voice niggled at me, but I couldn't stop sneaking glances at my new discovery.  He was dangerously close to the door and looked as disappointed as I felt.  I stood, and chewed my bottom lip.  Should I go, or should I be that bold person I denied a few minutes ago?  What the hell?  I'd come this far, why not ask him to dance? If he said 'no,' I'd probably never see him again.
My heart thudding, I hitched my purse strap up on my shoulder and ambled across the room, trying to assume comfort I didn't feel.  "Excuse me," I said, tapping him on the shoulder.  "If I asked you to dance with me, would you say yes?"  At this point, I felt like a passenger on the Titanic.
He turned powder blue eyes to me, and grinned from beneath a full and well-trimmed mustache.  "Of course."
He held out his hand.  My name's Kelly, what's yours?"
"Ginger."  I grasped his palm, and maybe it wasn't just the touch of his skin against mine, or the smile he flashed, but he stirred butterflies I thought long dead.  Touch alone, perhaps not, but the twinkle in his eyes coupled with the roughness of a man's hand, and the way he took me in his arms told me I might have found what I'd been looking for.  Thank God, I didn't listen to that little voice who told me to leave.
***
Actually we've been together seventeen years, and I'm still trying to figure out how I got so old.  *lol* Kelly is a little younger than I, but my plan is to nag him until he turns gray and we look the same age.  I think it's working.  :)

Congratulations and happy anniversary!! Sounds like you caught a gem.

Oh, this is lovely, Ginger. Beautifully done. Made me smile. Congratulations and a very happy anniversary!

Thanks Ro and Joan. I'm a lucky gal, even though I forget how blessed I am at times. This is a good day to reflect. :)

Congratulations, Ginger! And may you and your honey have many more happy years together.

Congratulations! Love can indeed be as lovely or lovlier the second time around!

As usual, Ginger, you are a hoot. Norman is my first and only husband, even tho once at a dinner party I was introducing him to someone and forgot his name. After I hemmed and hawed for a moment, Norman took over and introduced himself to the party as 'her first husband'. It got a good laugh. When he says things like, this or that made him feel bad, I reply, Don't let that make you feel bad, darling, that's my job. He's often said if he ever left me, it would be for a more boring woman. isn't that sweet? Anyway, Kelly sounds wonderful and no more than you deserve. You are a terrific gal. Love ya!

Loved it Ginger:-) My latest book is based on a couple meeting one another via an Internet Dating Agency. I guess that is an update of the singles clubs/meetings of 17 years ago. I'm glad you talked about that chemistry...now I know that I got it sort of right in the book. I loved that you were so brave too. That short walk across the floor was a really, really brave thing to do.

Thank God the music was loud and you didn't hear his heavy ass feet as they clumped onto the dance floor...The old soft shoe certainly doesn't come to mind. You know I'm just kidding and you did get a keeper. Happy Anniversary and I'm hoping you grow REALLY OLD together. Can't wait to see which one of you get's stuck with me!

May we all find keepers!

I absolutely am a sucker for a sweet love story. When one happens to be true ... I slobber even more. Congrats on your anniversary . . . He's a lucky man - if you ask me. You deserve the love ... Reet

Ginger, you're a hoot! Congratulations and many more years for you and Kelly.

Congratulations, Ginger! Wonderful milestone, and sounds like you got a wonderful man!

Hi Ginger,
Wonderful story.
Congratulations on your wonderful anniversary, sounds like you have certainly found a real keeper. Very rare these days.