Jokes - just to make you smile 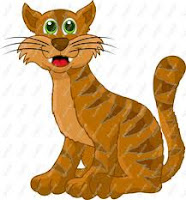 I think we all need a break from the holiday stresses... Rita

A  blonde was Weed-a-whacking  her yard and accidentally cut off the  tail of  her cat, who was hiding in the  grass.

She  rushed her cat, along with the tail, over to WAL-MART!

Why WAL-MART?  HELLOOOOOOOOO!  WALMART  is the largest Re-tailer  in the world!

Meeting St. Peter
Three blonde friends died together in a car wreck. They found themselves standing in front of the pearly gates with St. Peter. He told them that before they could enter heaven, they had to tell him what Easter was about.
The first blonde said, "Easter is a big holiday where we give thanks, have a big feast and eat turkey."
"Nooooo," said St. Peter. "You don't get in."
The second blonde said, "Easter is the holiday that we celebrate Jesus' being born of the virgin and give gifts to each other."
"Nooooo," said St. Peter. "You don't get in, either."
The third blonde said, "Well, I know what Easter is all about. Easter is a Christian holiday which coincides with the Jewish Passover. After Jesus celebrated Passover with His disciples, He was betrayed by Judas and turned over to the Romans. They crucified Him on a cross. After He died, they buried him in a tomb and put a huge boulder in front of it."
"Very good!" said St. Peter.
The blonde continued. "Now, every year, the Jews roll the stone away and Jesus comes out. If He sees his shadow, we have 6 more weeks of basketball."
St. Peter fainted!
Posted by Rita Karnopp at 1:00 AM

Are you blonde, Rita?

Lisabet ... too funny ... actually I'm naturally a light brown .. but I frost my hair to a lovely blonde to cover the white/grey. I'm now blonde and Polish! giggle