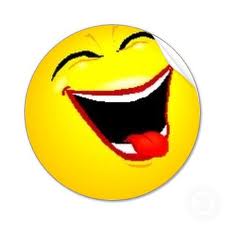 I've been side-lined with bronchitis, so I've been watching a lot of television.  Commercials always make me wonder if anyone is moved to run out and purchase the products advertised.  Take for example, Cialis.  It's evidentially for men who have sexual dysfunction, and they warn if he has an erection lasting more than four hours, he should call a doctor.  Me...I think Ripley's Believe or Not would be a better bet.  And, what's up with the side-by-side bathtubs.  If all the wife gets out of her husband taking a pill is bathing next to him, I think their ad is a little misleading.

Then of course, we've lately been exposed to two new massage oil/lubricants which in my opinion are far too x-rated to show during prime time hours.  I can picture my grandson wanting me to explain why the couple is under a parachute holding a bottle with "Trojan" on the label, and I can't for the life of me remember the other one, but it's just as risque.

I remember the good ol' days when we didn't have to hear about feminine or jock itch, leaking bladders, and a man's inability to get a woody.  You know the advertisers have carried things too far if you tell someone you don't know how to swim and they suggest you start wearing Tampax.  According to their commercials, not only can you swim, but you can play tennis, wear white anytime you want, and halt upside down diving into the pool while someone explains why this particular tampon doesn't leak.  And, have you noticed the only over-sized women they show in commercials are ones who obviously wet themselves when they sneeze, cough or move.  It's almost as stupid as all those young girls advertising wrinkle cream.  Get someone with wrinkles and I might listen.

How about the bra commercial that shows all the full-busted ladies talking about their endowments?  Do we really care if they're comfortable for eighteen hours.  Of course, it's not nearly as disgusting as the Victoria Secret's commercial which features only the thinnest, most perfect of women in their lingerie.  That's because their secret is they don't have one size fits all...it's more one size fits their models.

Now we have lizards, camels, cats. dogs, and dinosaurs staring in ads in order to get points across.  Personally, I dislike the Geico Lizard and would never buy insurance based on his experiences.  I do laugh at the camel who wanders through the office trying to get someone to admit it's "hump day," but what that has to do with insurance escapes me except that the two singers say Geico customers are as happy as a camel on hump day.  Don't camel's have humps everyday?  I'm so confused.

Why is low-fat Greek Yogurt more calorie laden that regular yogurt?  Why do we care if a baby bear has toilet paper pieces stuck on his behind?  I've been using toilet tissue for years and I've never had that problem.  I know people often get a piece stuck on the heel of their shoe, but I've even escaped that embarrassing moment.  Even if I had tissue stuck to my behind, I doubt anyone would know it.

What commercials make you stop and think.  I'd like to know I'm not the only one who ponders stupid things when I should be writing.
Posted by Unknown at 12:00 AM

Email ThisBlogThis!Share to TwitterShare to FacebookShare to Pinterest
Labels: Commercials, Dishin' It Out, Ginger Simpson, humor

That was tooooo funny for words! You definitely got it right! I hate commercials... although I do admit... the hump-day one is funny ... I saved it on my cellphone so I can go around the office playing it ...on Wednesdays...it's good for a laugh. wooo hooo!! :) Rita