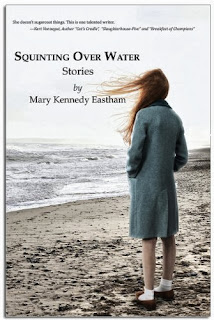 I don't hear from her for months. Then the phone rings.

'This is it, Harry.' I jump in the car, drive all night. The dutiful son,
called forth to watch some clown pronounce them man and wife.
Today is no different. I'm sitting on the couch in her house, a glass of
sweet champagne in my hand, mesmerized as she poses for the
photographer. Get a grip, I tell myself, as I watch her patch together
the few strands of hair on Husband Number Five's head with those
long, lean fingers of my childhood.

My girlfriend Jean says I'm like a gambler who can't stay away
from the clink of the coins, drawn to the murky memories of my past
again and again. Jean's a thinker, which is why she is not here with
me now. 'She'll just make you angry and I'll suffer the consequences,'
she said when I told her I was coming. For Jean, the world is set down
in this nice, neat little package. She grew up with a father, a mother
and two sisters. I grew up with Louise.

'Where's my little Harry? He needs to be in this, too.'
Louise pulls the photographer by his camera over to where I'm sitting.
A minute ago, he looked like he was thinking of getting mad.
Louise strokes his camera like it was some just groomed poodle
with a pink bow on his head. The photographer is smiling.

Husband Number Five is Chet Elliott Kittredge III.
I expect to see Chet Elliott I or II tagging along somewhere beside him.
Chet's not a half bad guy if he'd just stop saying, 'So kid, isn't she
something? The best thing that's ever come into my life.'
Now he's walking toward me, saying it again.

Stiffening I say, 'Yeah, Chet. She is that,' not contributing much
else to the conversation. Chet doesn't seem to mind. He's all excited,
moving his arms and legs like a human windmill. If I didn't know
he was a retired pilot, I'd swear the guy could trip and fall on air.

I shrug and realize it may be too late anyway for male bonding
with a father figure. Jean says I can borrow her father any time I
need to. He never had a son and even though he's nearing 70,
he still might enjoy the experience. Of course, I've heard all  of this
from Jean. I personally think he's pissed I haven't married his daughter.
It would be easy to compare Chet to all the others. I'm trying not to,
he seems like a nice enough guy. That might end up being his
biggest problem.

Email ThisBlogThis!Share to TwitterShare to FacebookShare to Pinterest
Labels: A Page Straight From, Dishin' It Out, Mary Kennedy Eastham, Squinting Over Water Stories, Wednesday Feature