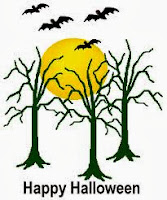 Hal·low·een - noun: Hallowe'en -the night of October 31, the eve of All Saints' Day, commonly          celebrated by children who dress in costume and solicit candy or other treats door-to-door.

On Hallowe'en (All Hallows' Eve), in Poland, believers are taught to pray out loud as they walk through the forests in order that the souls of the dead might find comfort; in Spain, Christian priests toll their church bells in order to allow their congregants to remember the dead on All Hallows' Eve. The Christian Church traditionally observed Hallowe'en through a vigil "when worshipers would prepare themselves with prayers and fasting prior to the feast day itself." This church service is known as the Vigil of All Hallows or the Vigil of All Saints; an initiative known as Night of Light seeks to further spread the Vigil of All Hallows throughout Christendom. After the service, "suitable festivities and entertainments" often follow, as well as a visit to the graveyard or cemetery, where flowers and candles are often placed in preparation for All Hallows' Day.

The traditions and importance of Halloween vary greatly among countries that observe it. In Scotland and Ireland, traditional Halloween customs include children dressing up in costume going "guising", holding parties, while other practices in Ireland include lighting bonfires, and having firework displays. Mass transatlantic immigration in the 19th century popularized Halloween in North America, and celebration in the United States and Canada has had a significant impact on how the event is observed in other nations. This larger North American influence, particularly in iconic and commercial elements, has extended to places such as South America, Australia, New Zealand, (most) continental Europe, Japan, and other parts of East Asia

Halloween Superstitions - Halloween has always been a holiday filled with mystery, magic and superstition. It began as a Celtic end-of-summer festival during which people felt especially close to deceased relatives and friends. For these friendly spirits, they set places at the dinner table, left treats on 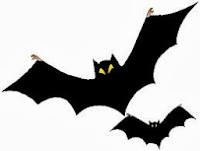 doorsteps and along the side of the road and lit candles to help loved ones find their way back to the spirit world. Today's Halloween ghosts are often depicted as more fearsome and malevolent, and our customs and superstitions are scarier too. We avoid crossing paths with black cats, afraid that they might bring us bad luck. This idea has its roots in the Middle Ages, when many people believed that witches avoided detection by turning themselves into cats. We try not to walk under ladders for the same reason. This superstition may have come from the ancient Egyptians, who believed that triangles were sacred; it also may have something to do with the fact that walking under a leaning ladder tends to be fairly unsafe. And around Halloween, especially, we try to avoid breaking mirrors, stepping on cracks in the road or spilling salt.

But what about the Halloween traditions and beliefs that today's trick-or-treaters have forgotten all about? Many of these obsolete rituals focused on the future instead of the past and the living instead of the dead. In particular, many had to do with helping young women identify their future husbands and reassuring them that they would someday—with luck, by next Halloween—be married.
In 18th-century Ireland, a matchmaking cook might bury a ring in her mashed potatoes on Halloween night, hoping to bring true love to the diner who found it. In Scotland, fortune-tellers recommended that an eligible young woman name a hazelnut for each of her suitors and then toss the nuts into the fireplace. The nut that burned to ashes rather than popping or exploding, the story went, represented the girl's future husband. (In some versions of this legend, confusingly, the opposite was true: The nut that burned away symbolized a love that would not last.)
Another tale had it that if a young woman ate a sugary concoction made out of walnuts, hazelnuts and nutmeg before bed on Halloween night she would dream about her future husband. Young women tossed apple-peels over their shoulders, hoping that the peels would fall on the floor in the shape of their future husbands' initials; tried to learn about their futures by peering at egg yolks floating in a bowl of water; and stood in front of mirrors in darkened rooms, holding candles and looking over their shoulders for their husbands' faces. 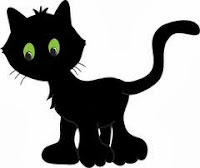