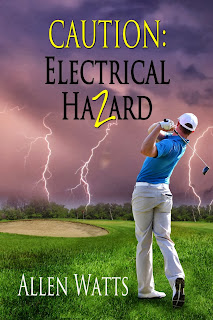 Since his vital signs had stabilized early during the ambulance ride, Bobby was in no need of a full emergency alert. Even though several of the operating room attendants were told to stand down, they anxiously awaited his arrival at the emergency entrance. Dr. Carlson and two shift interns were waiting for Bobby as he was wheeled into the ER. Since he didn’t know what to expect, Carlson expressed a sigh of relief when he first saw Bobby. He didn’t look that bad.
He took a pair of scissors and gingerly started to cut away the gauze wrap around Bobby’s head. He was surprised to see that some of the hair on top of his head was still smoldering. The flesh on top of his skull was blackened and formed into a perfect circle about the size of a silver dollar. The skin on his arm, left side and upper thigh all looked like the blood vessels had popped up to the surface. One of the interns remarked that it seemed like a bad case of sunburn.
Further examination revealed that Bobby’s left hand had all five fingernails discolored and the palm was covered with shards of what looked like a melted rubbery substance. It was sticky to the touch. His upper torso, neck and right arm appeared to be fine. As he moved down to the lower extremities, Carlson observed that the belt buckle was missing even though the belt was still through each loop. There was no zipper on the pants and the edges were burnt around the flap.
Strangely, the top of Bobby’s right thigh had a third degree burn. There was a gaping hole in the pant leg where the right pants pocket should have been. Moving on down the body, Carlson noted that both feet had been skillfully wrapped with gauze as well. To his surprise, when Dr. Carlson cut away the gauze on both feet, all the toe nails were discolored and the bottoms of the feet were coated with the same rubbery substance…sticky to the touch, but only slightly burned. The shredded bands of his socks remained above his ankles.
The two paramedics were nearby and after both realized they missed the burn on Bobby’s thigh, one began to speak.


“Doc, we noticed that he was…still kind of ‘sparking’ when we got to him…like static shocks from a rug. We were afraid to give him any oxygen.”

Email ThisBlogThis!Share to TwitterShare to FacebookShare to Pinterest
Labels: A Page Straight From, Allen Watts, Caution Electrical Hazard, Dishin' It Out, Wednesday Feature