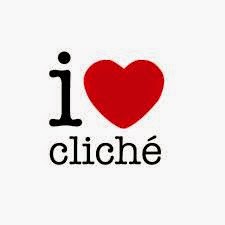 A cliché is a phrase or opinion that is overused and betrays a lack of original thought.

One man’s junk is another man’s treasure.

In the days when movable type was used, a plate was made for regularly used expressions. Cliché was a French word used as the name of this printing plate.  Cliché today refers to a phrase that has been used so often it becomes ordinary, dull, and even unexceptional - just like the old printing plates which clichés got its name.
Let’s look at some clichés that just won’t die:
I know …. I say them, too!  We are a society of clichés!
Let’s take this a step further.  Did you know Clichés are often idioms?  The Wikipedia, the free encyclopedia - provided the following information:

An idiom is a combination of words that has a figurative meaning owing to its common usage. An idiom's figurative meaning is separate from the literal meaning.  There are thousands of idioms and they occur frequently in all languages. There are estimated to be at least twenty-five thousand idiomatic expressions in the English language.

The following sentences contain idioms. The fixed words constituting the idiom in each case are bolded:
·         She is pulling my leg.
·         When will you drop them a line?
·         You should keep an eye out for that.
·         I can't keep my head above water.
·         It's raining cats and dogs.
·         Oh no! You spilled the beans!
·         Why are you feeling blue?
·         That jacket costs an arm and a leg.
Each of the word combinations in bold has at least two meanings: a literal meaning and a figurative meaning. Such expressions that are typical for a language can appear as words, combinations of words, phrases, entire clauses, and entire sentences. Idiomatic expressions in the form of entire sentences are called proverbs if they refer to a universal truth.
·         The devil is in the details.
·         The early bird catches the worm.
·         Break a leg.
·         Waste not, want not.
Idioms are figurative phrases with an indirect or implied meaning.  It’s not to be taken literally. This causes confusion when translating idioms to another language because the true or implied meaning isn’t easily understood by people in different cultures.

Some idioms are transparent.  Much of their meaning does get through if they are taken (or translated) literally.
·         For example, lay one's cards on the table meaning to reveal previously 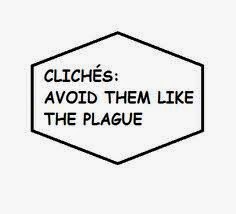 unknown intentions, or to reveal a secret.

·         Transparency is a matter of degree; spill the beans (to let secret information become known)
·         and leave no stone unturned (to do everything possible in order to achieve or find something) are not entirely literally interpretable, but only involve a slight metaphorical broadening.

Thursday let’s talk about another category of idioms.
Posted by Rita Karnopp at 1:00 AM

Email ThisBlogThis!Share to TwitterShare to FacebookShare to Pinterest
Labels: Books We Love, Chiche, Don't let chiche's be the death of you, Rita Karnopp