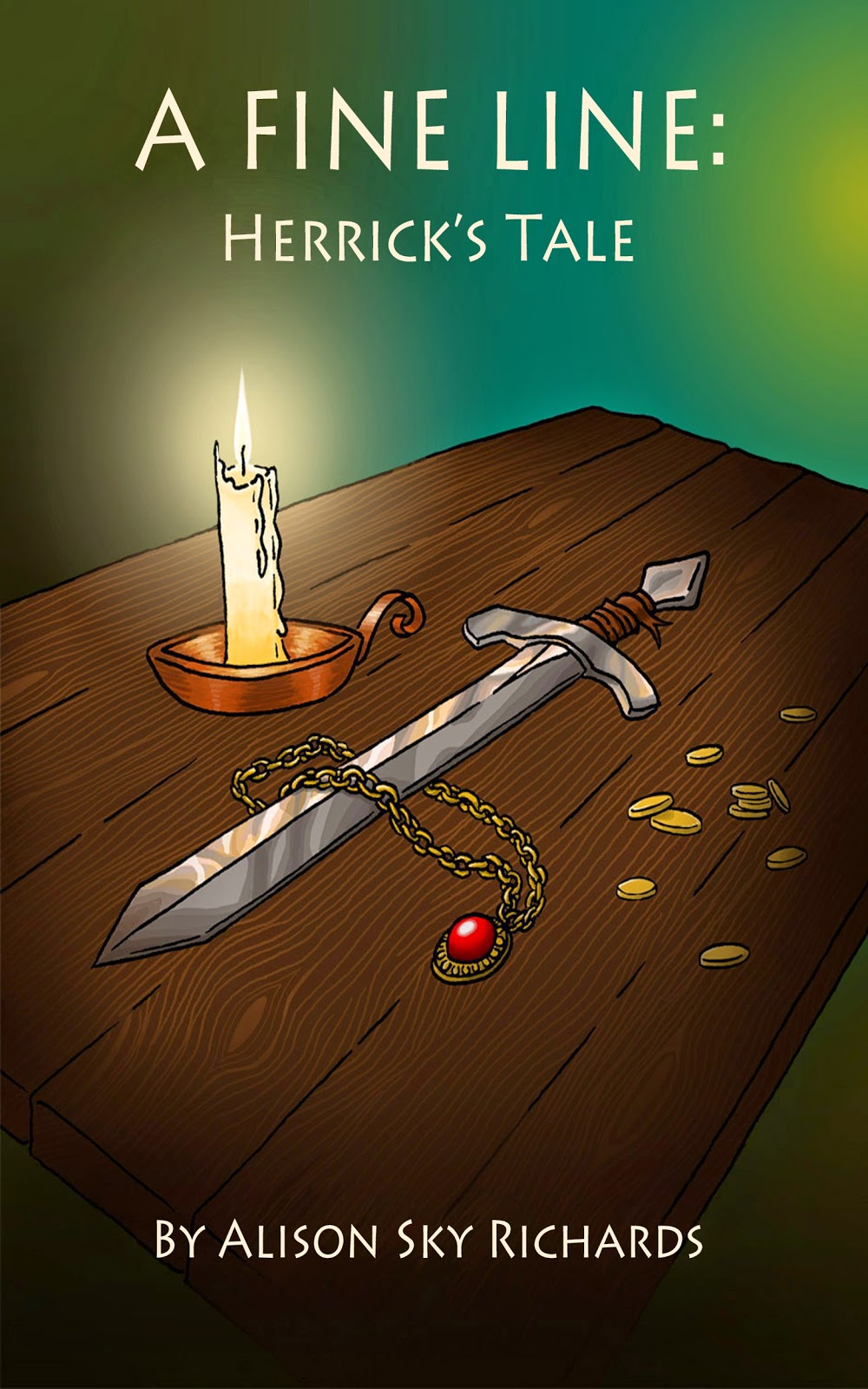 “I’ve been paying all my life; just add it to the tab.”
The ghost screamed out and charged again, but this time Herrick was ready. He knew a soldier lost their skill when they were angered. By staying calm, he would finally get the upper hand. As the soldier charged, Herrick saw his chance. He brought his sword up and under the chest of the soldier, aiming to catch him in his ribs, and make a straight cut across his stomach.
The soldier saw that cut coming, but too late. The sword entered his semi-transparent body, then whet straight through it. He collapsed on the ground, holding his stomach in pain.
Herrick pointed the sword at the downed soldier, who had turned to look up at Herrick. “A curse on your family, for as long as you trust the elves, you are just as bad as they are.”
“It isn’t what you are that makes you evil.” Herrick responded. “It’s who you are and how you live your life.”
“Believe that and you are a bigger fool that I thought.” the soldier stated, and he started to cough up more of the clear blood. Herrick turned his face away, but he could not help but listen to his dying words. “You will see that trusting those who are different is the way to pain.”
Herrick bit his lip. He was about to give a reply when he heard Price scream out in pain.
Price stood a few feet from Cairan, holding his side in pain. Cairan held his sword, the tip now dark red from blood, in a position ready to lash out at the young half-elf again. “You are dead, elf,” Cairan stated and he swung once more.
Cairan’s sword met another as Herrick placed himself between the red-haired soldier and Price. “Not tonight he isn’t.”
“Stand down, boy; this is not your fight.” Cairan lowered his sword and stared at Herrick straight in the eye.

Here's the buy link for it.  I link through Amazon Smile because if people use that version of Amazon, they can select a non-profit to have a portion of eligible sales donated to that charity.  My default is for Legal Aid of Middle Tennessee since that is also my employer.    http://smile.amazon.com/A-Fine-Line-Herricks-Tale/dp/1491272775/ref=sr_1_1?ie=UTF8&qid=1400861956&sr=8-1&keywords=a+fine+line+herrick
Posted by Unknown at 12:00 AM

Email ThisBlogThis!Share to TwitterShare to FacebookShare to Pinterest
Labels: A Fine Line: Herrick's Tale, A Page Straight From, Alison Sky Richards, Dishin' It Out, Wednesday Feature