Is there a difference between a mystery and a thriller?  Yes, although they most certainly overlap in some areas.


Bestselling thriller writer Gary Braver (Skin Deep) said, “…dread drives thrillers.”  I can’t think of a better way to describe it.  You know up-front who the good and bad guys are. Don’t create ‘calms’ in a thriller or your reader will put the book down (I think this is true for any genre’ – but oh so true with a thriller).
Face it, thrillers need to thrill.  Your audience knows your hero or heroine will fall victim to a scheming, deceitful, sneaky, clever, and unsuspecting killer.
I learned early on that a thriller is most effective if you write from the viewpoint of the person who has the most to lose.  Make your reader care by giving the protagonist tragedy, complications, struggles, adversities, hurdles, and emotional complexity.
Action is your friend so start your thriller at the scene of the crime.  Introduce the victim, the hero, and as soon as possible the villain.  What immediate complications or obstructions does the protagonist face?
Key is action – action – action.
Immediately make the reader aware what the protagonist must do and what he fears.  (He must stop the serial killer but the murders emulate his daughter’s death.)
I was told to make my characters miserable.  That’s such good advice.  When was the last book you read where you were totally upset with what happened to the hero or heroine?  I get downright ticked!  That’s the sign of a good story.  It keeps me miserable, gives me false-hope, sorrows, distresses, anxiety and near-death experiences.  Why?  Because you don’t want your protagonist to succeed until the very end.
Always remember your characters must have emotional growth by the end of the story.  They must change and find victory over past baggage.  In Copycat Sigourney Weaver fears leaving the house and in the end she is forced to the roof. Conquering her fear saves her life.
When it comes to writing the thriller – keep the pacing fast, dialog propelled.  Each scene must reveal something new, whether profound or trifle.  There’s no time for retrospect or flashbacks.  Why?  Isn’t there a killer on the loose?
A simple reminder that short sentences and paragraphs . . . speeds things up.  End each chapter with a cliffhanger, admission, or shocking revelation. 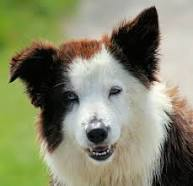 The simple writing rule – ‘show – don’t tell’ is never more important than in the thriller.  Action verbs and forget the adverbs.  Don’t start sentences with –ing words.  Subject and verb should be at the beginning of the sentence.
One last bit of advice – something I heard an author say at a RWA Writer’s Convention; teach us something.  It doesn’t matter if you share information about blood splatter patterns or that Border Collies are ranked the smartest dogs – let the reader walk away with some knowledge.