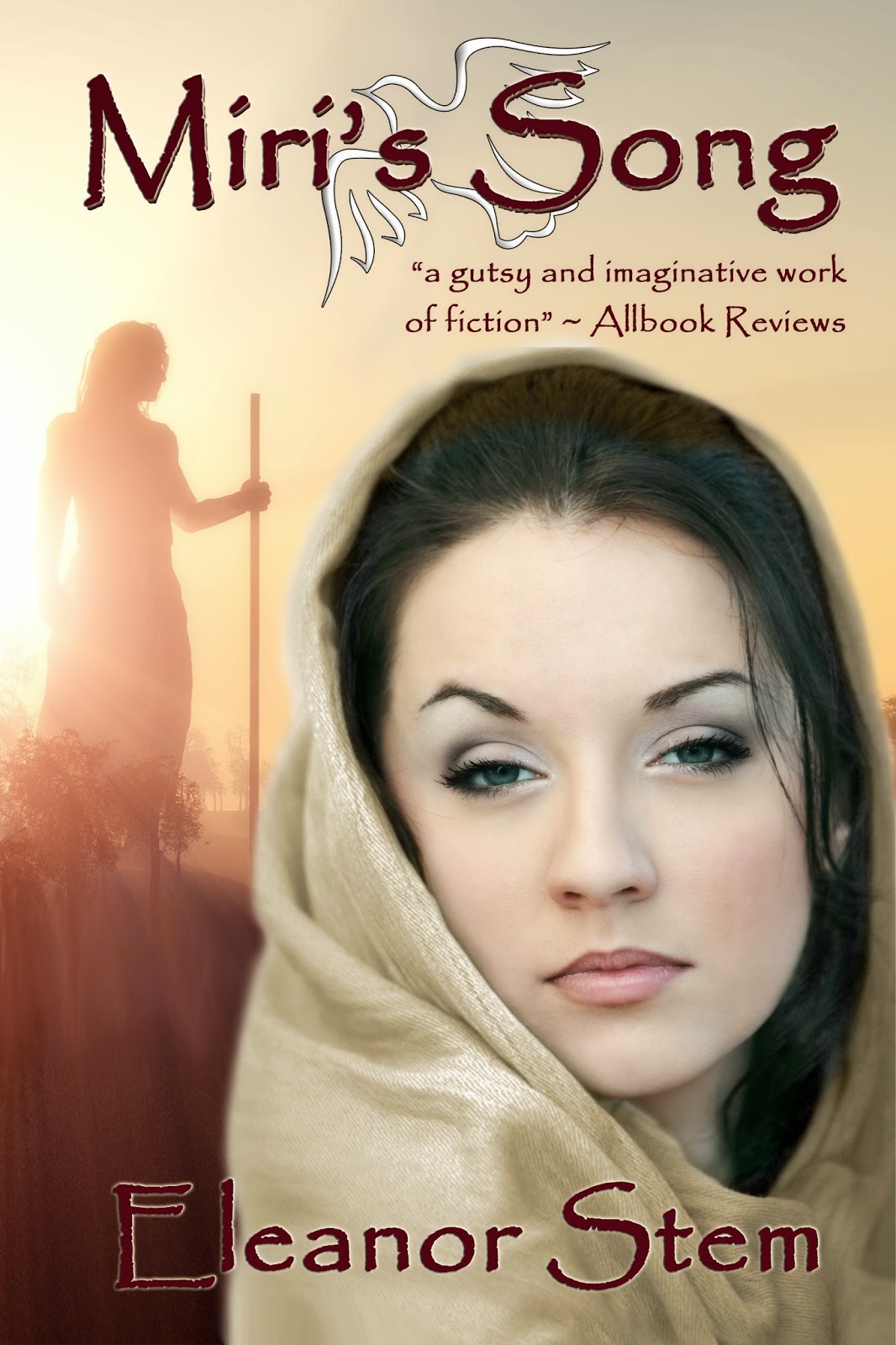 Miri stood before a howling mob with her back pressed against the quarry wall. Somewhere in the depths of her dead heart, she was glad. Soon, it would be done, and she’d be gone from this place where only pain greeted her.

The sun sent hot, white light into the quarry. Its bright dance blinded her. When she tried to focus her eyes, all she could see was the shadow of a gnarled tree, and the shimmering mob that scrambled for stones at their feet.

“Harlot!” they cried, and a stone seared across her breast, followed by another, and another, until she was numb with pain.
Dust rose as men and women shuffled in the dirt for more stones, obscuring the white sky of the afternoon. Miri sagged against the wall as stones pummeled her. She did not turn away, but faced her accusers with open eyes.

She asked an uncaring god for a swift end to a life filled with carnal hardship. She had been forced into an unclean life by birth, to a place where she had not asked to be. She’d experienced the underbelly of man’s nature. It defiled not only her body, but her soul.

The stones pummeled and battered her. One crashed against her shoulder, slamming her hard against the quarry wall. She tried to keep her eyes opened. She wanted to watch her own death. Another stone hit her midsection. The impact bent her over, and she grunted in pain. She tried not to weaken and fall into the dirt. She refused to collapse before the mob, and tried to stand up, but the stone damaged something within her. Deep pain cascaded through her as she gasped, and fought for breath.
Death was nearly upon her.

Miri closed her eyes to the stones that smashed into her. She did not raise an arm to protect herself, did not turn her back to them. The bigger the stones, the harder they were thrown, the faster she’d die.
One crashed into her head and her legs buckled, but her quick descent was halted by a strong arm. Someone held her tight, and said something to her. The words did not penetrate. She could not hear what he said. She could not see or feel what happened around her except the mob who wanted her dead, and the pain of the stones as she tried to die.

In her narrowed vision of white heat and dust, she glimpsed a tall man shielding her from harm.

He yanked her upright, and held her tight. He said, “Find your feet.”

She wanted to die, and his words faded in a haze of agony.

She slumped against him.

The man pulled and tugged her through the mob toward the quarry gate. Her head sagged against his strong arm. When she found the will to open her eyes, she saw the mob had lost its howl. They stood like dark statues in the settling dust.

This is madness. An errant thought slipped through her pain. Had the stones stopped, forever, or for only a short time? Was this a trick? Somehow the man had bewitched the people. As he dragged Miri through the press, she waited for the men to scoff and the women to laugh, and the stones to begin again.

In the blistering sun, the crowd stood silent as white dust drifted at their feet. Hot breaths of bloodlust were stilled in the presence of this man who protected her. He threaded their way through the throng of now silent people. Miri could feel the palpable anger suppressed as if under a shroud of magic. He carried her while the rabble glared at them, stones hanging in loose hands.

He stood in defiance of the mob. Amazed, Miri sliced open a thought to the slim possibility of life. She let him pull and prod her against the tentative shroud of protection of the angry mob. She pressed closer to him, waiting for his next move. She tried to take a step when he took a step.

He held her, and kept her upright. People shrugged aside when they passed, and remained quiet as they reached the quarry gate.

The tall man placed his big hand on her head, covering her forehead and eyes. Suddenly, warmth flowed into Miri, changing into a hot glow. Bright light swept through her body, and spread on soaring wings until it penetrated her soul. Brilliance crashed through her broken flesh, and left her breathless. She collapsed against him, knowing all in the quarry must see the dazzling, bright colors flash around them, and mingle with the glare of the white sun.

At once, the pain stopped. Her legs held her upright, and she felt whole again.

She looked up at him, and wondered what this was all about. A new sponsor, perhaps? To continue what swept her into the quarry in the first place? Her heart cried out against it.

The mob had ripped her away from a life of bitter self-destruction. She would never go back, but to leave it behind, she must die.

As bread and wine were her nourishment, death was her only salvation.

Miri wanted to rip from this strange man’s hold, and run back into the mob. She would beg them to finish killing her. Their malevolence comforted her, a small thing when matched to her self-loathing. When not overwhelmed by their need to shed her blood, she understood the anger that pressed against her from all sides. It was honest, and a balm to her broken spirit.

But she was helpless in the face of this tall man’s strength. This turn of events was too quick, and she was too stunned to react. She could only bask in the healing powers of the bright light, and warmth of his touch.

It pervaded her whole being. Her heart filled with the buds of newfound joy, and the will to live.

Email ThisBlogThis!Share to TwitterShare to FacebookShare to Pinterest
Labels: A Page Straight From, Books We Love, Dishin' It Out, Eleanor Stem, Guest Blogger, Miri's Song

I have Miri's Song on my Kindle. That excerpt makes me want more than ever to make this the next book I read.

Thanks so much Tricia. I truly hope you like my little story. Eleanor