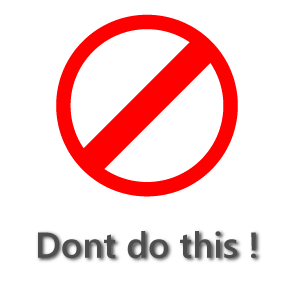 Discussions of religion and politics, as far as many are concerned, are to be avoided at all costs.  Why? We touch on nerves of those who don't share our opinions, and open topics that make us uncomfortable.

Someone has decided there is a time and place, and blogs and loops are not appropriate sites for these two delicate subjects. I'm not sure that's in keeping with the religious following of many, since the Bible, on which Christianity is based, instructs us to spread the gospel...but obviously on someone else's schedule.

I don't often speak on religion because that's something that is felt in the heart and soul.  I have a relationship with God that needs no definition, and does not require that I worship him only on a certain day and place.  I respect those who feel the same as I respect those who bring the Lord to light.

I do however become very vocal when challenged on politics, because there is so much ignorance involved in why people vote as they do.  Many, many people know nothing of todays events and count on family legacy or party loyalty to manage our lives.  I'm not that naive.  I was born into a democratic family, but I truly believe the time for the two party system has passed and the current structure of the government is devisive.  There should be no aisle to reach across nor another group to blame.  In my opinion, the time has come to abolish the ass and elephant and rely on educating ourselves before we vote... to make sure elected officials represent the interest of their constituents and hold them accountable if they don't.  Somewhere along the line we have relinguished our right to voice or opinions and make them count for something.  It's time for a change and it's time to get rid of the stale, old geezers who have dominated for so long.  We need term limits so that political positions do not become a career with a more-than-healthy pension.  Wouldn't it be wonderful to have someone interested in padding our pockets instead of just their own, but doing it legally?

I read a post on another blog about why we haven't elected a female president and considered it a huge endorsement for a particular female condidate.  I can honestly say, while I believe in female equality, there are certain times when simply being female is not the answer to a problem.  My ex-husband was a police officer, and as stated, I understand women want to wear the uniform of the occupation, but I always held hope that if faced with a 250 pounded opponent, high on drugs, and challenging the law, my hubby's partner would be another man who might provide the bodily support he needed.  Does that make me anti-female?  No way....it makes me logical.  A 120 pound woman is no match for the strength of a man, let alone under the stated circumstances.  Neither can a female president resolve the problems we face with Muslim Extremist nations who hold no woman in regard. I recall when I worked at an institution of higher education, and come commencement day, male Muslim graduates wouldn't even shake the hand of our female Dean as all others did when presented a diploma. We were required to change the entire process and have a male Associate Dean step in and offer his hand.  According to their religion, touching a woman other than their wife is considered sinful.  If you can't shake a President's hand, how much will your ideas and input be regarded?  Not at all, I'd say, and isn't that a critical role of the POTUS?

These are my opinions and I own them, and I force them on no one, but I am always willing to discuss them in a respectful manner.

That said...I didn't write a book to tie to this blog so I suppose I've violated some sort of ethics, and if you see this post as that, I apologize.  My goal is to encourage everyone to vote the candidate and not the party.  Just because your grandpappy voted one way is NOT a reason to continue dependence upon a party that continues to fail us.  To borrow the name of another blog....Wake Up America.

In the case you do want to check out my books.  My Amazon page is a great way to glimpse them all.

Email ThisBlogThis!Share to TwitterShare to FacebookShare to Pinterest
Labels: Dishin' It Out, Ginger Simpson, personal opinions, Politics and Religion, taboo

I think these subjects are only taboo on certain business sites, Ginger. On our personal blog we can discuss whatever we want. People can either choose to read or pass on by. Your opinions are always interesting! (And I don't think every post has to be about writing or our books, on this blog, anyway!)

I agree, Jamie. That's why I used this forum to discuss something that really bothered me. I don't always blog about book related things, I've just been using the blog to showcase other authors while I finished by last two books and moved. :) I'll probably shock you a time or two. *lol*

I agree with you 100% Ginger. There is far too much political correctness in the world today and it seems to me it is only the extremists and fanatics who get away with voicing their opinions. That said I was brought up in a household where my mother's rule was no arguing about politics or religion. Yet I know for a fact she was very prejudiced on both subjects.