I am reposting my my two-part series from March for your enjoyment
“Why can’t a woman be more like a man?” Professor Henry Higgins asked plaintively in My Fair Lady. He was dealing with a much different time and social system, but the question is still being asked, along with its counterpart: Why can’t a man be more like a woman? 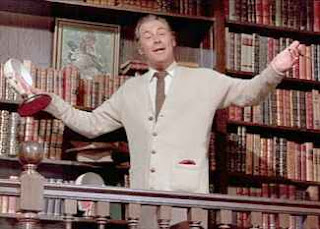 The question itself is enlightening. Henry Higgins was correct; there are differences between men and women. And he fell into the same trap most humans do – we expect members of the opposite sex to react in the same way we would. Our way feels like the natural way –the right way.  Most of the time we don’t even realize that there’s another way to react, totally different but equally valid.

This is why writers sometime get into trouble when we create characters of the opposite sex.  We show them talking, thinking and behaving the way we would when faced with the same situation.
If a female writer’s male characters think, act, and talk in a feminine way, her audience will be turned off—even if they don’t understand why they’re dissatisfied.  The same is true if a male writer’s female characters don’t think or act or talk like real; women.

Of course, gender-different behaviors are tendencies rather than firm laws.  Also, each individual’s actions are influenced by upbringing, profession, life experience and interests.

However, there are certain traits, which most men and most women show.

In other words, if you understand the reason why most men hesitate to ask for directions, then you can make your male character much more convincing when he does.

Women tend to see life as a cooperation.
The idea of one-up or one-down is much less likely to occur to a woman.

Men systematically try to figure things out on their own, or they adapt a wait-and-see policy, rather than ask for assistance.  They don’t want to admit they can ‘t figure out.

Even when they ask for assistance, it’s usually not a clear request.  He invites the other person to offer advice or assistance without really asking for it. A man will often state something as fact, even if he’s not absolutely sure, rather than appear uncertain or ignorant.

Men’s relationships are held together by activities.  Men get together to do something (play cards, golf, go to a game).

Women’s relationships are held together by talk.  Women get together to chat (even if they have an agenda, the main reason for the gathering is to talk).

Women like to ‘just talk’. They see conversation as way to develop harmony and get to know someone.

Men do not like to ‘just talk’. They see conversation as a way to relay information, to show independence, and to illustrate status.  Their conversations ten to brief, and focused on concrete issues and events.

Drop by next Thursday—or on Monday, if I complete my article over the weekend.  Body language, feelings, and a character check list.

Email ThisBlogThis!Share to TwitterShare to FacebookShare to Pinterest
Labels: #ConnieVines, Dishin It Out Thursday Feature, Dishin' It Out, Fiction writing, Heroes, My Fair Lady, writing