I'm really good at minimizing the time I spend in the kitchen.  I prefer to consider my husband the chef, because, quite frankly, I suck at cooking.  Can you believe it's already almost October 1st? I certainly don't want be lax in my wifely duties...already lacking in most, so I'm turning my thoughts to plans for the holiday.

Thanksgiving always presents a problem, ever since I prepared my first…and last turkey and failed to remove the bag of giblets and neck so neatly hidden inside.  Shouldn’t the packaging holding the bird come with a big notice or roadmap of where to find these things?  And what a horrid death.  It's bad enough to have someone chop of your head, but then to cram your neck up your butt?????

I’ve managed to get through a few holiday meals, but I’ve relied on Butterball’s self-basting turkeys or those great hams that come already cooked and spiral-sliced with an easy-prepare packet of glaze I can understand.   Of course, my hams never look like the picture because I don't decorate my food.

To say my family grew up on take-out is not a lie, and it pains me that I’ve never owned an apron.  Well, pained might be an overstatement.  Maybe embarrassed is a better word. J

It’s really sad when you submit a recipe for “how to boil water,” but I’ve done that recently and it’s really a foolproof method.  I never want anyone to say, "she can't even boil water."   I can, and I have a foolproof way of creating bubbles.

With Thanksgiving only a short time away, you’d think I’d be in a tizzy, but I’ve discovered the secret every woman needs to now—complete precooked, heat and serve meals of your choice direct from Kroger.  If you don’t have a Kroger near you, rest assured other chains
offer this same service.  For a mere $39.99, on the Wednesday before the holiday, I’ll be picking up a turkey, stuffing, mashed potatoes, gravy, cranberry relish, green bean supreme, rolls and a pumpkin pie.  The directions are simply, heat and serve, time required approximately 2 ½ to 3 hours.  Oh, and I’ve of course by purchasing Cool Whip for the pie, I'll be prepared. 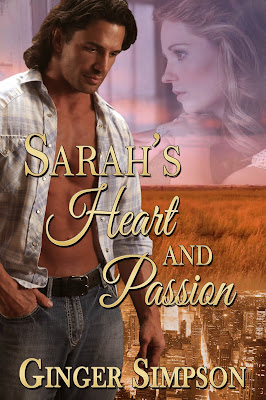 Thankfully, I write much better than I cook.  Sarah’s Heart & Passion is much more interesting than mine.  Here’s the blurb and cover so you can meet Sarah Collins and share a little of her story:


When Sarah Collins set her sights on California for a new beginning, she never figured a war party would attack her wagon train. After her friend Molly succumbs to her injuries, Sarah is the sole survivor, left alone to find her way back to civilization. Stampeding buffalo, the black prairie nights and eerie noises,just when she believes she's faced the worst, a rattlesnake bite threatens to accomplish what the Indians failed. Is it her time to die, or does Sarah have a purpose yet to accomplish?

Here's an eating scene from the book.  I could never cook anything in the wild, but luckily, Sarah's captor can.

Fire burned brightly within the circled stones, sparking higher with each drip of juice from the skewered fish suspended on two forked sticks. The enticing aroma made Sarah’s stomach grumble even more.
Wolf crouched at the water’s edge, washing the blood from his knife, while Sarah mused over the powerful muscles encased in the sleeves of his fringed shirt. She hadn’t dared pay this much attention to him when he was practically naked. His long braids struck a familiar note… and the headband. Was it possible he was the same person she left unaided beneath the tree where she’d sought refuge? Her pondering ended when he stood and strode back to the fire.
“These should be about done.” He indicated the nearly blackened fish. “I’m sorry I don’t have anything to put them on, or utensils. You’ll have to resort to using your fingers if you really want to eat.”
“No matter, as hungry as I am, I could gnaw bark off a tree.”
“I think the fish will be a little easier to manage.” He laughed, sheathing his knife in a beaded pouch tied just below his hip.
The firelight dancing in his hazel eye made Sarah’s stomach flutter again, only this time she suspected it had nothing to do with hunger. This was her first time being alone with a man, and he was definitely a fine looking one. A million questions twirled through her mind, but right now, she wanted to eat. He might not feed her if he realized she’d left him for dead.
Wolf handed her the fish, wood skewer and all, and she gingerly nipped at it, daring not burn her lips. Recalling what her mother did when her oatmeal was too hot, Sarah blew to cool the crispy skin then gnawed into the meat. Juice dripped from her chin, and she wiped the wetness on the back of her hand and took another bite, taking care to watch for tiny bones. She paused between swallows. “This is delicious. My stomach thought my throat was cut.”
As soon as the words left her mouth, she sobered, recalling how close she came to actually dying in that manner. She flashed a half grin at Wolf. “That saying was something my father always used when hungry.” A noisy sigh whooshed past her lips. “I don’t find it quite so funny anymore.”
Wolf nodded. “I understand why the humor has faded, but you’re safe here.” He took another bite of fish. His black hair glistened in the firelight, and his high cheekbones became more prominent as he chewed. Caught in a shroud of doubt, Sarah worried. As nice as he seemed, Wolf was still part Indian. Could she really trust him?
He finished his fish before she’d gotten through half of hers, put another piece of wood on the fire, and then using a large boulder as a backrest, he leaned against it, crossed his ankles and patted his stomach. “That was mighty tasty. Tell me Sarah…may I call you Sarah?”
She nodded and kept munching on her fish feast.


You can see all my available books and stores at http://www.amazon.com/author/gingersimpson