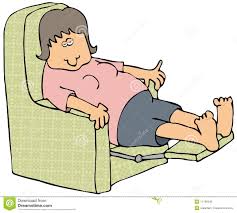 Social media has been the main manner most author's use to promote their work. Besides, promoting our work, do we share too much about ourselves, our lives, and our feelings? I'd have to say after losing Facebook friends, the answer is yes.  Obviously there are people who don't share or see the same humor in Memes, make assumptions that aren't true and see meanings you never intended.

Using places like FB has led to criminal cases of bullying, stalking, robbery, rape, and even murder. Maybe each of us needs to stop and examine the types of posts we make and who we are friend's with. Last night I saw a post from someone frantic to find a co-author.  He ended his plea with a suicide threat.  Did he mean it?  I really don't know him so I unfollowed him.  Could I have done more?  I really don't need more stress in my life, so I did what benefited me.  Hopefully, he wasn't serious.

I've stopped accepting friend requests from men with no obvious connection to FB because I'm sick of them using FB as a dating site.  My profile clearly says I'm married, so why they assume I'm looking for someone remains a mystery.  It's easy to tell, just my looking at their profile.  I urge you to take the time to check out those seeking you friendship.

How social should we be? Or should be just put our feet up and relax?  As an author, my contracts state that I will promote my work, but I just gathered my tax information together and discovered I spent more on promotion than I earned.  That's disheartening.  I know I can write because I've received award nominations and positive nods from other...authors and readers.

Every day, I share my own blog posts, those of my fellow bloggers and also those on my publisher's blog.  I use Google, Pinterest, FB, and my two blogs feed to Triberr where the posts get shared by my tribe mates.  I tweet the BWL posts manualy.  What I see at the end of each day is that no one else, save the same handful of faithful authors, are sharing anyone's post.  Some I never see on FB, nor do they accept my invitation to blog.  Their response is always, "I'm too busy _____,"  fill in the blank.  I fume everytime I share my 100 posts per day on Triberr wen I see my posts aren't being shared, and because I'm not on Word Press, there is no program to allow pictures to come through.  I'm a visual person, but not energetic enough to move my blog to a whole new site and expect everyone will follow me.  I've had a hard enough time earning the followers I have, and I truly appreciate each of you.

So, now I wonder, why I'm going through all the paces, but others aren't.  Are they earning money? Do they care?  I know life often gets in the way of our best intentions, but to totally ignore what I consider authorly obligations, doesn't sit well with me. Maybe it's time for me to close down my computer and focus my life on something more fulfilling.

I've recently changed my view of FB.  It's a giant time-suck where I've spent way too much time trying to insert my point-of-view on politics or sharing photos others find offensive. The result:  arguments I never intended to engage in or discussions I never meant to join.  I've totally lost sight of what I signed on to do  Aren't I supposed to be talking books?  But then, the question arises...how much can other people take.  Groups of authors, threads of promotion for new and old releases, cover reveals, EVERYTHING author.  Even I get tired of the constant barrage.  Seems everyone has written a book these days.  Try getting a review on a site and you'll see what I mean.  Unless you know someone, or submit to sites that charge a fee, you'll never get a response.

From now on, I won't be posting political opinions on FB, and I'm going to try hard to avoid any topics that may be offensive.  I lost a FB friend I valued this past month, and let's face it...trying to change someone's political viewpoint is like spitting in the wind.  I'm thinking 2016 will be the year I retire from writing, but withdrawing from the arena will be tough.  Being a creator of stories is in my blood  I start writing, and it was never for money.  Maybe I can return to the outlook and just be happy with my accomplishments as I once was.  Hey...there's always self-publishing.  I may try that.

Check out my books on Amazon.
Posted by Unknown at 11:30 PM

FB - Time Suck! True, that! And what it does--I doubt it does much of anything-although we all run in circles over there, posting and liking etc. Anyway--ditto to all that. Thanks for sharing.

I've considered getting rid of my FB page since I get into so many unintended spats. Yesterday, I left a comment on a picture posted with the woman who used to be my best friend...a very innocent post about how we used to take pictures like that and it looked like she wasn't having any problems making new friends.

Truth is, I haven't made one and she's constantly on cruises, visiting her daughter in KY, yet she Carrie works full time. I guess I'm jealous.

Anyhow...I got a very snotty post on the thread from her daughter telling me how inappropriate my post was on a picture posted to mourn someone lost in their family to Cancer.

I wrote back and apologize and told her I had no idea since there was nothing in the thread to indicate that. Also told her I would have appreciated a personal message instead of making me feel dumber than I already did. No word back, and that really was the straw for me. I'm definitely keeping my FB to sharing posts of authors and little else. :(

P.S. Yes, it is a giant time suck and I spend way too much time there.

I hear ya! I get sick of all of the promotion --do this, go here, post that-- and does it pay off?

I'm on FB, Twitter, and Google and I mostly leave it at that. Tried some of the other stuff, and it's simply beyond my scope of understanding.

Besides, with technology moving at the speed of light, there's always something new, something flashy, something quicker coming along. I can't keep up.

Remember when blogging used to be a "must"? That's been replaced by FB, Twitter, SnapChat, Instagram... the list goes on. No one wants to visit blogs today --except our other author friends who are in the same boat.

Blogs take too LONG for visitors to read. You mean they have to SCROLL to read the post? It's not instant, fast, snappy.

Even my own daughter wouldn't come over to read my Nosey interviews because she said they were too long.

Yes, everyone's an author these days, it seems. I don't knock that. I'm glad for the ease and benefit of indie publishing since that's now all that I am. I grew tired of all the self-promotion laid on me with these small houses, yet they took a bigger chunk of my royalties. Shucks, if I'm expected to do 90% of the work, I thought it was past time that I took 100% of my profits --small though they might be.

FB can definitely be a time suck. Through using FB, I've not sold a single book. I'm mostly on there to keep in contact with family and friends.

And when I've paid for promotion, it hasn't helped one iota. All I received was a bigger hole in my wallet.

So what's the formula? How do we get discovered?

I'm still searching for that answer.