Anyone who has been on my either my personal or my professional persona pages at Facebook has to have figured out I am a Chicago Cubs’ fan. I have been a Cubs’ fan since I was old enough to rudimentarily understand baseball. Growing up in a family of Chicago White Sox fans wasn’t easy but I learned at a young age to say, “Wait until next year.”

Since last Wednesday night (actually, the first small hour of Thursday morning), I have been floating. Someday finally arrived. At 12:47 local time (that’s 11:47 in Chicago), Kris Bryant charged a slow-moving ground ball in the infield, threw a freaking bullet to Anthony Rizzo at first base to get the final out of the seventh game of the World Series and for the first time in my life, and the first time since 1908, the world heard “THE CUBS ARE THE CHAMPIONS!” Surprisingly, Joe Buck said two things in that whole series I could tolerate his voice for: “There will be a game six,” and “The Cubs are the champions.”

I screamed. I cried. I truly dropped to my knees and cried. Ugly cried. It was not a pretty sight, but it was the most beautiful feeling in the world. My Cubbies, the team I have stuck by through thick and thin, finally, finally were the World Series champions. The best record in MLB this season wasn’t just an asterisk. The curse of the goat was broken. It took 71 years from their last World Series appearance, 108 years since the last time they won a World Series, took all seven games, took the Cubbies clawing their way back from being behind down 3 to 1 in the best of seven games, took extra innings and a rain delay—but the curse was broken.

I woke up Thursday morning and the first thing I asked my husband was, “Did that really happen last night? Did we really win?” 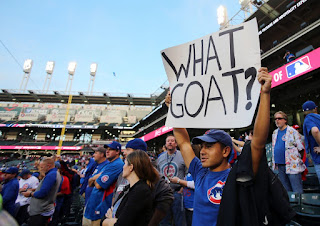 His smile said it all. He isn’t a Cubs’ fan—his loyalties are with the Cardinals—but he understands (or tries to) just how important this is for a Cubs’ fan. At Wrigley Field, during the week and a half of the World Series games, people were writing tributes to Cubs’ fans who didn’t see this historical win—fans who passed away without being able to celebrate. The memorials to players and broadcasters have filled my newsfeed on Facebook, as have all the video of the games. Most of the videos that have been shared with me are of that last out or the reaction of the crowd outside of Wrigley when one second before the marquee flipped to “CUBS WIN” a fan shouted, “Cubs win!” There was a bit of stunned silence as this man’s smart phone was a bit ahead of everyone else’s there. Then the marquee flipped and the roar was primal, was deep, and was full of so much joy. The long drought was finally over. 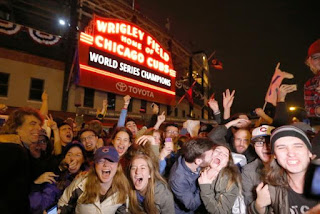 Maybe because I’m so in the habit of telling people to wait for next season that it seems strange not to say “Wait until next year” so I think I will say it, because between you, me, and that ivy clinging to the walls of the outfield at Wrigley, I’m up for back to back wins. You think you saw the “Cardiac Cubs” play great ball this year? Just wait until next year. We are a young team.

Right now, I just want to bask in the after-glow. My Cubbies, my team, are the World Series Champions. And, they did it with guts, with determination, by refusing to quit, by never admitting they were defeated, and with teamwork. Yeah, it's great to be a part of Cub-Nation. (more fan reaction here) 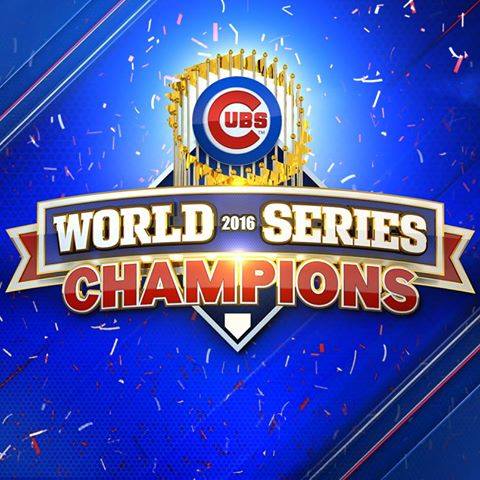