Round Robin Blog with Ginger #RndRbn0714 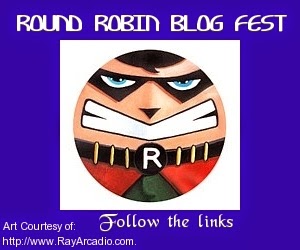 How effective do you think book giveaways or contests are? Do you think all the free books through Amazon and the library offered to prime members affect your efforts? What are the best promotions you've participated in?

Wow, I'm torn over the question since I'm with a publisher who has exclusivity with Amazon.  Somehow those free or 99 cent books do parlay into sales, but I'm not sure how.   What I do know is that giving away books also seems to bring "snarky" reviewers out of their hiding places and make them feel inclined to "dis" ones work.  That's even more puzzling to me.  I guess I just don't see the point in ruining the career of someone I know has toiled long and hard over something about which they feel a great deal of passion.  For every one who feels like me, there are two dozen who take pride in just being mean or hope to eliminate their competition.  Yes, all authors, even the mainstream stars, get bad reviews, but when it's evident that your book hasn't even been read, the meanness is hard to comprehend.

In order to compete with freebies, my publisher lowered the prices of our books to try to be more competitive.  The sales didn't increase greatly, but that came about the same time that "self-publishing" became all the rage, and I think the reason had a lot to do with new author's seeing a way to cut out the middle-man and enjoy all their royalties.  Sadly, some of the books released were amateurish attempts at writing a novel, because there is no way you can circumvent the process unless you've already been through it, learned, and know the key tricks to turning a story into a novel.  If there is one thing I've discovered by being an author it's that the learning never stops.  I cannot count how many times I wished I had known "this or that" when I wrote a previous book.  Learning is great, but it can be frustrating at times.  So many rules, so little time.

So in answer to the question...I've tried giving away books as prizes, shared chapters on blogs, share all my posts on FB, Google, and Twitter, and I still haven't found my niche.  I get more likes and shares on jokes and videos than I do on anything "bookwise" that I post.  Even if I share on one of the many topic specific groups on FB to which I belong, I still don't recognize much benefit to my efforts.

I do have a Paypal receipt framed.  It's for $3000 for one book, for one month, but my success was all about "timing."  The book released right after the December that over a million Kindles sold, and I guess my book being promoted at the time was lucky for me.  I consider it a once in a lifetime moment, but  that check sure was a nice one.  :)

Amazon distributes a large list of books that are free, the lending library allows Prime users to read one book of their choice monthly at no additional cost to their membership, and thousands of authors host contests daily...the yahoo loops are filled with invitations to participate.  I often think giveaways are detrimental to sales because everyone will wait to see if they are a winner and then forget about your book when they aren't. So, in a way, I guess when your competition does what you do, yes, giveaways can be detrimental to sales.

What I've been reading is the importance of "branding" and marketing to the right audience.  Now if I an figure out the how and who...I just might see my royalty checks increase.  Until then, I keep reminding myself I never started this career for the money BUT...the good new is Jude Pittman, owner of Books We Love, with whom I'm published multi times has just released this statement as part of a press release:

Of course, any great author would be oppressed without an extensive distribution network for their work. To that end, Books We Love Ltd. has just signed a deal to distribute their books in print in the USA, United Kingdom, Australia and Canada. Red Tuque will also be handling a portion of the distribution in Canada, with both distributors releasing a combined twenty-five titles this coming fall.

“This print distribution is a big step for our authors, returning their work to its original format. Of course, we’ve not forgotten about eBooks and currently have over four-hundred titles exclusively available through Amazon Kindle. With each book priced at $4.99 or under, getting some of literature’s forgotten heroes into your hands has never been cheaper,” Pittman adds.
Am I excited....you bet!

Now, time to see how others responded to this same question.  Follow the links below.  I know I'm going to.