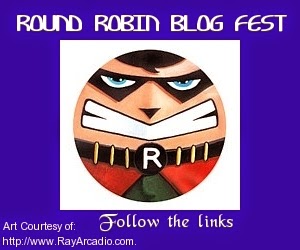 Rhobin Courtright provides such interesting topics for our monthly posts, and this month is no different.
September's topic is about abandoned places. Do you have abandoned places near you that itch your curiosity about what happened and why? Does your imagination take over? Are these places haunted? What stories do you imagine? 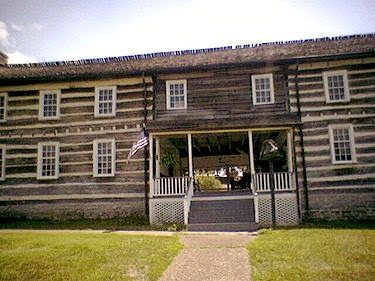 I live on a street named after a Tennessee historical site, Wynnewood House.  The building of this beautiful two-story log structure was started in 1828 and probably not finished until a year or so later as a stage stop and mineral springs for those traveling the Avery Trace, at the time, the main east-west road across the state.  The complexity of the architecture surely took quite a while due to the size of the building. Because of my interest in writing western historical novels, I'm fascinated by this structure that has become an historic museum of sorts.  Guided tours open to the public, allow people a glimpse back in time by perusing the site.  I've borrowed the description from a blog that appears to have become defunct...Kenny's Sideshow describes Wynnewood:

"The inn was built of materials plentifully available on the site. The foundation walls, which raised the logs and other woodwork safely above the damaging effects of surface water and moisture, were formed of limestone blocks quarried from the adjacent hillside. The same material was used to build the six original chimneys, five of which are still standing. Sturdy hardwood logs - many as long as thirty-two feet and all cut from nearby trees - were squared to 8” x 16”, notched and put in place on the foundation for the walls of the two story building. Hand-hewn beams and joists whose ends rested on the foundation supported the first story. At the second floor level supporting joists were mortised directly into the log walls. Ceiling joists for the second floor served to tie the roof rafter sstructuretogether as well as to support the ceiling. The roof, latticed with wide boards, was originally covered with hand-split wood shingles. When acquired by the State in 1971, the roofing was asphalt shingles placed ca. 1936. When replaced in 1995, the roof was restored to hand-split wood shingles matching those removed in 1936.

The main building of the inn, approximately 110’ x 21’, contained ten rooms: five on each of the two floors. There were fireplaces in eight of the ten rooms. On the first floor a central open hallway or “dogtrot” led from the front steps to the back porch or galley which extended nearly the full length of the rear of the building. All rooms on the first floor opened onto the dogtrot or the gallery. Originally there were no rooms with connecting passageways. Rooms on the second floor were reached by one of the two stairways, the principal one rising from the dogtrot. The second ascends from the gallery at a point one room away from the west end of the building. The large room at the east end of the second floor, the size of the two first floor rooms beneath it, was used at one time as a meeting room for the local Masonic lodge. At other times it was used as a public sleeping room for male overnight guests of the inn. The original roof over the gallery was at the level of the eaves of the second floor. In 1899 it was lowered to its present first floor level.

The interior walls of the five first floor rooms were at first unfinished but later plastered. The plaster finish was applied in late 1836 is Almira Wynne was able to heed her husband’s written instruction from Natchez, November 4, 1836 suggesting that she “brave the difficulties” and have it finished before bad weather. Sometime since, plaster has been applied to the walls of the three westernmost rooms on the second floor. The large upstairs room at the east end was left with the logs exposed.
A large kitchen, approximately 20 feet square, with a massive stone fireplace was located in a story and half log house connected by its roof structure to the west end of the main building and separated by another dogtrot. It is thought to have been a part of the original construction of the inn. The kitchen floor was some six or seven steps lower than the floor of the main building. Five steps led down from the kitchen level into the spacious stone-walled cellar located beneath the two westernmost rooms of the inn. Separate open-riser stairs connected the kitchen to the room above it.

A two-story annex has formed an ell-type extension southward from the main building since it was connected to the inn in 1899. The log portion of this unit, approximately 20x20, is located at the south end of the ell and appears to have been built sometime before the inn. It is of two stories and originally was served by a stone fireplace and chimney, both of which were later removed. All of the logs used were of cedar; a fact that clearly sets it apart from the other buildings in which the use of cedar logs was consistently avoided. Differences in the squaring of the logs and the corner notching are such that suggest an earlier stage of construction. Could this have been the “comfortable cabin” and/or “workshop,” the only two structures mentioned in the published court notice of sale of 300 acres to settle General Winchester’s estate in 1829? On this point, no firm facts are available. Connection of the log house to the inn by board and batten walls created additional enclosed space that has since been used as a dining room.

Located about fifty feet south and west of the annex is the original smokehouse. The details of its log construction seem to match the inn in every particular and strongly imply that it was built at the same time that the inn was created.

Perhaps forty feet southeast of the inn is a log cottage containing a single room with a large stone fireplace. This unit is of the same period as the original construction. It was used for many years sa office and living quarters for the community medical doctor. In later years it was rented as a summer cottage and its accomodations carried the highest rates charged. In other times it was variously used as the Wynne family’s bachelor quarters and as a schoolroom.

As an inn, mineral springs resort, and spa, Castalian Springs saw two major periods of operation. The first lasted from 1830 until 1861, the second from 1899 until 1914. Though commercial guests were not sought between 1861 and 1899, the custom of taking local boarders did continue in this period."

Sadly, in 2008, an E3 tornado severely damaged Wynnewood house  It has since been rebuilt and reopened, but I can't help but imagine that Mother Nature drove away the "spirits" I imagine still dwelled there. If I could, I'd like to time-travel back to 1830 and view the hustle and bustle of travelers as they sought rest and relief from long stagecoach rides across bumpy and dusty roads.  If you listen really hard, you can still hear their "ahhh," as they slip into the relaxing mineral springs.

Here's a picture of Wynnewood after the tornado.  You can see the original wooden structure amidst the damage. 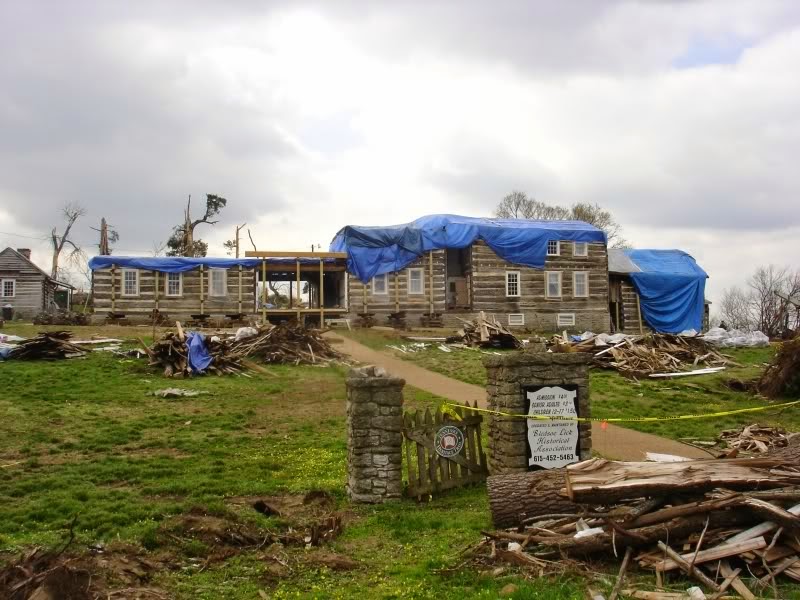 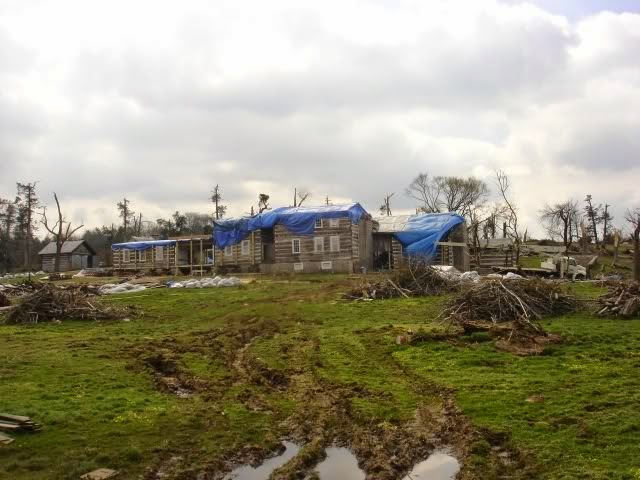 Now hop on over to the sites of the other participants and see how they've addressed today' topic: