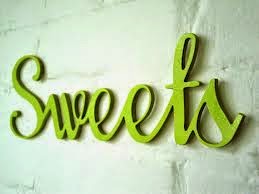 AHA...the title fooled you, didn't it?  You expected a recipe for cookies or fudge, but this post has nothing at all to do with food.  Tricky, huh?

I hope my former publisher, Lea Schizas from Muse it Up Publishing, doesn't mind me hi-jacking her idea for a blog topic.  Back when I was published with Muse, Lea had the great idea to create a TWOOK for each book offered.  The main reason, when you needed to tweet, you had something at your fingertips to use. and if we all used #twook, they would be tied together.  Everyone should have these on file.  I belong to Ask David.com, and every once in a while you get to tweet about one of the books you have listed there.  I've used these many times.  I can't actually call them TWOOKS anymore, because that would really be stealing, so I call mine SWEETS (Short tweets).    Anyhow...here are the ones I keep handy:

First Degree Innocence – Ten years for a crime she didn’t commit and smack dab in a bully’s grasp.   http://amzn.com/B004A90CXM

Sarah's Heart and Passion– Her heart aches for the half-breed who saves her, but is it love or pity? http://amzn.com/B00LRZD3NI

Odessa – Saved by a handsome traveler, perhaps she should have listened to his warnings about saloon work. http://goo.gl/LNJVHI
The Locket – Can a pendant that causes the one wearing it to commit murder really be considered a gift?   http://goo.gl/irFdo0
Betrayed - Cassie Fremont joins an Internet dating site and too soon learns the cost to ride the roller coaster from Hell.  http://amzn.com/B00GXKW7OI

Destiny's Bride-A new bride abandoned on the prairie must decide whether the Indian she saves will be her savior or…http://goo.gl/42KX
Shortcomings-Our shortcomings don't define us unless we let them.  Will Cindy overcome hers?  http://amzn.com/B00J16ZA90

A Novel Murder-Why don't the images she sees show the murderer?  It's hard to report a case when you only see death through the eyes of a killer.  http://goo.gl/Apw0QT
Hattie's Heroes-Can a raging river sweep a pioneer traveler into the future?  If so, what does she find to connect her to the future?  http://goo.gl/j8P2A3
Ellie's Legacy-Ellie's heart proves to be her worst enemy when she sets out to prove she can do anything the new ranch foreman can.  http://goo.gl/lwqgh8
Time-Invested- Separated by miles and war, will Megan and Ryan find the HEA they seek, or will WWII make Ryan a statistic?  http://goo.gl/HqxQl6
Beaches - Can a local bar, a handsome guy, and getting the attention she misses at home make a wife think twice about her marriage...and what will she decide? http://amzn.com/B00J573RZE

Discovery – In each of seven stories, someone makes a discovery.  Dare to be entertained?  http://amzn.com/B00IP06KFG

Ages of Love:  Love comes at different stages of life, whether you’re young or old, Chastity, Faith and Hope discover just how special relationships can be. http://amzn.com/B00IB24NMK

Try and create catchy lines that will draw a reader's attention. You can actually use a hashtag to categorize them with their genere...#mystery, #romance, #historical...you get my drift. They actually come in handy on lots of social media. Whether they work or not...I have no idea.  *lol*