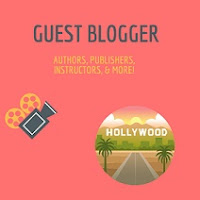 Liz, welcome to Dishin' It Out!

Liz Flaherty is a USA Today bestselling author. She's also a popular Harlequin author noted for her heartwarming and wholesome romance novels, and she is rapidly becoming a hybrid author with her indie published romances.

It’s funny how some things change as you get older. Not all things are funny, of course—memory, hearing, joints, anyone?—but things in writing. In stories.

In my early days of reading and writing romance, not only did I need a Happily Ever After (which I still do), I needed it to be in the four-bedroom, two-bath house with a picket fence and a cat on the porch. And kids. Because that was, for the most part, my life. And I liked it. I liked it a lot.

Then I got older. My heroines did, too, and I met up with Women’s Fiction and had to concede that there was a new love in my reading life. I couldn’t get enough of reading about women whose stories were told differently. They fell in love and lived happily ever after, but their journeys were about much more than that. Their heartaches were about more than unrequited love. They were taking care of elderly parents, trying to raise teenagers without going completely mad, hoping to have more money than month―at least sometimes.

Were they all this way? No. But a lot of them were, and suddenly there were heroines I could identify with. My friend Nan Reinhardt laughs at me because I’m exhausted and bored by reading about rich people, but the truth is—just like when I wanted that happy ending to have the house, fence, cat, and kids—I want to put myself in the heroine’s place.

Even when I write and read Women’s Fiction, though, it always crosses over to romance. They are, actually, the same thing to me.

Enter Carol, who is a beautician. She owns her own shop, the Clip Joint, in Peacock, Tennessee. She’s not rich, tiny, or beautiful. But she’s a wonderful friend. A loving daughter. A generous person. Her life isn’t what she intended or even hoped for, but it’s good.

And then one day in the cemetery, Steven Elliot rides in front of her old Pontiac on a bicycle, and that life is changed forever. 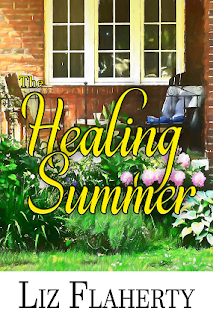 When Steven Elliott accidentally rides his bike into Carol Whitney’s car at the cemetery, the summer takes on new and exciting possibilities. Long friendship wends its way into something deeper when their hearts get involved. Feelings neither of them had expected to experience again enrich their days and nights.  But what happens when the long summer ends? When Carol wants a family and commitment and a future, Steven isn't so sure. He’s had his heart broken before—can he risk it again?

There had been other “hook-ups,” both during break-up times and since Promise’s death, but he had never given serious thought to waking up with anyone he slept with—at least, not on a consistent basis. No one ever asked or expected him to be faithful. No one called him her boyfriend. No one admitted they had to pee like a racehorse—it was as if the women he’d been with didn’t have bodily functions other than orgasm.

Not that exclusivity was a problem. It wasn’t at all.

“I don’t need you to fall in love with me or promise me lifelong loyalty or any of that. I don’t even expect you to consider our relationship a…well, a relationship, but I’m not much into that kind of adventure, either.” She grinned sheepishly. “I know I sound like a prude, but so be it.”

He knew she was no prude. She was exciting and sexy and so much fun he sometimes he went days on end thinking he might actually be able to live without Promise. Not just exist, but live, with a large part of his heart intact.

“I want to be your boyfriend,” he said. “No class ring—I hocked it to buy beer when I was a freshman in college. But we’ll sit together at all the Little League games and the Cup and Cozy and I’ll even buy—if I have any money. When you’re taking care of Reese and pretending you’re not, I’ll pretend right along with you. What do you think?”

“I think you have your eye on my Mustang.”

“Nah, it’s too little—hurts my knees—though I probably look good in it. Not as good as I do on a motorcycle, but not bad. I’ll be an excellent boyfriend.” He lifted her hand, turning the chain he’d given her round and round. “Boyfriends give charm bracelets.”

“Well, since you did give me the bracelet and I love it, it’s okay with me if you’re my boyfriend. For the summer anyway.” She leaned in to kiss him, her hand on his shoulder, and he caught her wrist just to touch her. He loved her skin.

“You don’t think I’ll stay in Peacock, do you?” He held her gaze.

“No.” But she didn’t seem unhappy—not even a little bit sad. “You’re too—I don’t know—intense, maybe. You move too fast. No one does that here. You know that. Besides, you’ve been gone too long. Other than a few weeks some summers and the awful time while Promise was sick, you haven’t actually lived here since you left for Vanderbilt. And I don’t think you’ve wanted to, have you?”

She was right—until this summer, he hadn’t wanted to come back here. But that was before finding Miss Abigail’s. Before Jamie Scott died.

“Dillon was away for years,” he said. “He didn’t even come and visit after his folks retired to Arizona, and look at him now. You couldn’t pry him off Lawyers Row with a crowbar.”

Carol shook her head. “Dillon came home and found Grace. Had she not been here, he wouldn’t be either.”

But you’re here. Steven didn’t say the words out loud. He was startled to have even thought them.

She checked the clock on the oven. “It’s time for me to go. I told Grace I’d pick them up at ten. When are you guys leaving?”

“As soon as everyone kisses his wife goodbye. I’ll follow you into town and kiss you at the same time so you won’t feel out of place or anything.”

She went to the sink, rinsing the coffee carafe and their cups and draping the dishcloth neatly over the sink divider. “That’s really big of you. You’re not going to throw your cell phone away or anything like they did in that movie, are you?”

He picked up her suitcase to follow her out the door. “Nope. Why? Are you going to worry about me?”

“Heavens, no.” She opened the Mustang’s trunk for him. “I’m not your mother.” She gave a little toss of her ponytail. “I’m your girlfriend.” 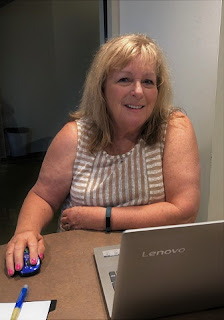 Retired from the post office and married to Duane for…a really long time, USA Today bestselling author Liz Flaherty has had a heart-shaped adult life, populated with kids and grands and wonderful friends. She admits she can be boring, but hopes her curiosity about everyone and everything around her keeps her from it. She likes traveling and quilting and reading. And she loves writing.