Today's Spotlight Interview is with the author Ann Birch. 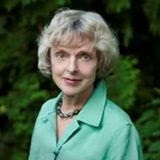 Connie: Please tell us about the book you wish to feature. It is a historical romance, correct?

Ann: Yes. my novel is titled: A Daughter Rebels

Connie: What was the inspiration for this story?

Ann: Canadian historians have written about Anne Powell, but the versions of her story are always from a male point of view. I thought it might be interesting to tell about her from a female viewpoint. Letters in the archives provided the possibility that the male writers have been too sympathetic with Anne’s erstwhile lover, John Beverley Robinson, and too harsh in their view of Anne. 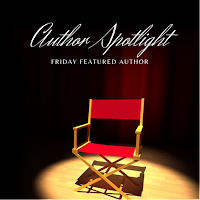 Connie: What would you like to see more of in the historical genre?

Ann: Well, there are many good books about the Tudor era in England, the French Revolution (I’m thinking of A Tale of Two Cities), the slave era in the United States, and so on. Still, there’s very little about the early history of Toronto, the major Canadian city in which I live. There were so many scandals, so many interesting people, and so many important events back then, and I wanted to write about some of this fascinating past.

Connie: What, in your opinion, makes an excellent historical writer?

Ann: A well-known Canadian writer, Ian Weir, puts it rather grossly this way: “You’ve got to avoid making up shit.” I totally agree. A historical writer must spend days in the archives reading letters and diaries about her historical figures in order to get a sense of the lives and personalities of these people. She must also read many texts to get a good view of the period she’s used as a setting. She must also ignore the advice I once received to change dates around. What would be readers’ reaction if they read a story set during 1904-1908, the historical writer’s supposed dates of the First World War?

Connie:  Do you have a favorite scene in this novel?

Ann: I like the scene where Anne’s mother has insisted that her daughters dye their dresses instead of making new ones. While Anne can endure the dyeing process using herbs from the garden, she cannot stand the method of fixing the dye. Urine was the mordant used in those days. When she complains to her mother about the smell of the piss, the woman replies, “You’ll make yourself sick with all this fuss over trifles. And do watch your language. The Powell girls must always behave with propriety.” To which Anne replies, “Propriety be damned!” I thought once of using Anne’s reply as a title for the novel.

Connie: If you were forced to live the rest of your life as one of your characters, who would it be?

Ann: It would be my protagonist, the daughter who rebels against the restrictive rules of propriety that were imposed on upper-class women during the early 1800s.

Ann: I’m a free spirit. I hike, read novels, take my dog for long walks, volunteer in historical houses, talk to historical societies, give workshops in writing, have friends of all ages, and totally avoid the suffering that Anne Powell endures before she breaks loose. I have trouble sewing buttons back on my clothing, for example, so I am able to write with conviction about the long and tedious afternoons that Anne’s mother insists they spend on the stitchery. I’m well educated, too, so I hate the pejorative views Chief Justice Powell has of women’s educational needs. Unlike Anne’s father, my father encouraged my education and life interests.

Connie: What is your writing schedule?

Ann: I’m a terrible procrastinator, always searching for excuses not to write. But I’ve settled down lately, and I’ve started a new novel about the Reverend John Strachan, a major figure in the early history of York, now called Toronto. I usually find the evening hours between 8 and 10 p.m. the best time for inspiration.

Perhaps these comments have aroused interest in A Daughter Rebels. It’s available wherever books are sold or you can order it from Amazon or Goodreads. There are also multiple websites with my name. You might like to look at my Author Ann Birch Facebook page. 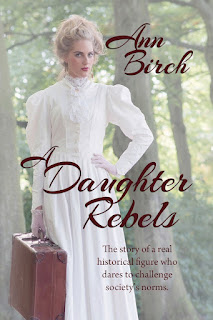 Here’s a brief summary of the novel:

For Anne Powell in 1807, life in York (now Toronto) is unbearable. Her mother’s rules of genteel propriety are intolerable, as is her father’s insistence that a daughter’s only role in life is to marry. Anne craves an active, useful existence. When a chance comes to assist the local midwife, she discovers her vocation.

FYI: Ann Birch is a longtime historical researcher and an award-winning Head of English in several Toronto high schools. She has a post-graduate degree in CanLit and is currently a fiction writer, editor, lecturer, and workshop facilitator. This is her third novel.

A novel rich with details that illuminate daily life in early nineteenth-century York (now Toronto) and the ongoing struggle of a brave woman of the upper class who confronts the soul-numbing torture of traditional female roles.

"Ann Birch’s prose is exceptionally fine in its elegance, clarity, and wit."

"Birch’s gentle yet sophisticated writing brings everyday life in early Toronto alive as no other contemporary writer can."

--Robert Rotenberg, author of Heart of the City

Ann, thank you for visiting us today!

(The book is available as an eBook or paperback).