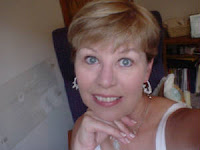 Rita is working today to pay the bills and has submitted her post to me. Finding Rita as a friend has been one of the many perks of being an Eternal Press author. She's a rare talent as an 'amigo' and author and I'm happy to share an excerpt from her new release, Revenge. 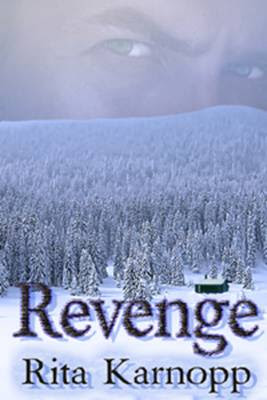 "What is it?" Abi whispered, trying not to wake any of the neighbors.

"I'll be damned! Would you look at that."

"What? What am I looking at?" Abi asked, then came to an abrupt stop, her heart jumping in her chest.

"The whole place is rigged with explosives. I think that little package you received in the mail is the trigger. Get Kelly and I'll call the bomb squad."

Abi ran like never before. She reached the back door, then paused to listen to Miles yelling at her. "What?" she called out to him."

"I said, don't slam the doors and walk carefully by the package. I don't know what amount of motion could set it off. Now go!"

Perspiration formed on her upper lip as she brought the screen door closed with barely a tap. She moved past the kitchen table with care, yet with urgency. Taking the stairs two at a time, she reached her bedroom, clutching the baby monitor in her left hand.

She glanced at the bed and her breath solidified in her throat. She tried to scream but no sound came, only a low, disbelieving moan.

Tossing the pillows in every direction, Abi resorted to checking under the bed, in case Kelly had rolled off. She grasped at nothing. She searched, then rushed from the room, past the kitchen table and out the back door, letting it slam behind her. It sounded like a gun blast in the silent morning hours.

Tears rolled down her face and she struggled to speak, but everything seemed jumbled. In the distance she heard Jack bark once. She looked up at Miles and allowed him to pull her into his chest.

"He's got her! My Lord, Kelly isn't in my bed. She's gone!" Tears blinded her eyes and choked her voice. Deep sobs racked her insides.


You can find more of Rita's exciting books at Rita's Website Please leave a comment and tell her how much you enjoy her work.