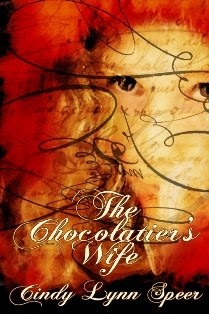 Good evening. My name is Tasmin Bey, and I was raised in the northern part of the land, where the winters can be long, but the summers are gentle and beautiful. I have always known who I would marry…that is not unusual, in Berengeny we use a spell to determine who we will wed as children, a spell that determines who our best match is, not necessarily who we will love. I have never known anyone who did not, eventually, at least, fall in love with the one they married, and I expect much the same of mine, to William of Almsley.

William is from the south, I fear, something that my parents are less than pleased with. There was a war, years ago, and the south has lost most of its magic…they call us witches, we call them barbarians. It is, I suppose, the way of the world, to distrust those that are different, though at times it grieves me, and worries me.

I am most fortunate, I believe, in my choice of spouse. He writes me letters…he has always done so, even when we were children. In that chest over there, you will find every one of his missives to me, and much of what you see in this room are gifts that accompanied them, for he is a sea captain, and has seen the world.

He tells me, in his letters, of how others find those they will wed. The uncertainty would unnerve me. How do you know, when you sit beside someone, and he starts speaking to you, if he truly likes you, or if he’s only being polite? How do you know if his heart is already taken, or if his intentions are kind? I do believe it would drive me mad, the wondering of it, the constant searching, the feeling of not being quite…right.

That does not mean to say that I am perfectly confident. Mine is not the face to set sail a thousand ships, and he has never seen me, so he has no idea what he is getting into. No one is able to reject their betrothed out of hand (indeed, during the ceremony, the bride is veiled, the groom faced away from her approach, so that they do not see each other until it is, as it were, too late.) and there are very few reasons that a betrothal may be broken. Treason is one…if the person murders someone, or commits some other terrible crime, all things William would never do.

To be honest, I have no idea what I’m getting into, either. The unknown country that is the South, where they will treat me, doubtless, with suspicion and distrust. I feel I know my husband through his words, but I cannot hear his voice in my head, so all those lines I took to mean one thing may be painted quite differently when I know the inflections of his voice, his expressions.

Now, all I have to do is wait until he sends for me, and live my life until he does.
Posted by Cindy at 4:43 PM

I like this. Tasmin has a definite voice, a bit archaic, innocent and yet self-assured.