Saturday Stopover from my Thursday Tourist 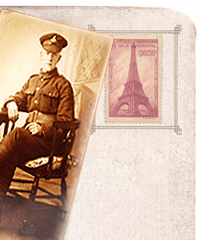 My Thursday Tourist, Margaret Tanner missed her flight (she mumbled something about VP Biden's warning about flying/Swine flu) and is making a late appearance. Anytime I can host this talented and favorite author, is fine with me. Here's a little about her:

Margaret Tanner is an award winning multi-published Australian author. She loves delving into the pages of history as she carries out research for her historical romance novels, and prides herself on being historically correct. Many of her novels have been inspired by true events, with one being written around the hardships and triumphs of her pioneering ancestors in frontier Australia.

Margaret is a member of the Romance Writers of Australia, the Melbourne Romance Writers Group (MRWG) and EPIC. Her fellow writers from the MRWG have been an inspiration and a tower of strength, so generous with their help and support that she will always feel indebted to them.

The Trouble With Playboys is special to me as my late father served in the 2nd World War in Singapore and Malaya. He was engaged to my mother at the time, and wrote many poignant letters to her, which I had access to. I wanted the memory of their love and fortitude, and that of their generation, against such tremendous odds, to be remembered, but not in some dusty history book shoved in an out of the way library.

Because of my Dad’s war service, I was able to get first hand information on the terrible happenings and chaotic situation in the few weeks before Singapore capitulated to the Japanese, which adds realism to my story. 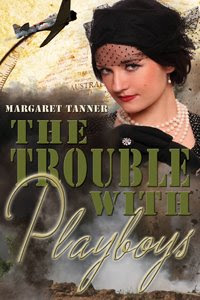 When a wealthy Englishman, Paul Ashfield travels to Australia in search of the birth mother he thinks deserted him, he never expects to meet and fall in love with Daphne Clarke. Upon meeting her parents, Paul is horrified by the possibility that they have the same mother. He beats a hasty retreat, believing he has slept with his sister.

Amidst the turmoil of WW2 they meet again in Singapore, where he discovers the truth, Daphne is not his sister. They marry as the Japanese pour into Malaya and Singapore teeters on the brink of invasion. In the chaotic aftermath, each believe the other has died during the bombing. When they finally see each other again, it is in a church, where Paul is about to enter into an arranged marriage.

Note: You can read more about Margaret and discover more of her enthralling stories on her website.
Posted by Unknown at 9:57 AM

Margaret,
Thanks for popping in and sharing the blurb for your story. It sounds great. I can just imagine Paul's horror thinking he has slept with his own sister. This book has some great hooks and draws you in. Looking forward to seeing how it all turns out.

That cover pulls me in every time, Margaret. I love it! And I love that you pride yourself on being historically accurate. Real events inspiring a story is a winner also. You can't make up the things that happen in real life! Best of luck with "Playboys!" I look forward to losing myself in the story.

Hi Pat and Latesha,
Thank you so much for dropping by. I appreciate your comments. I have written a prequel to The Trouble With Playboys and it is due out from TWRP in 2010,(Wild Oats). It tells the story of Paul's father, and how his selfishness almost ruins the life of his son.

Hi Margaret:
Fantastic cover and what a wonderful premise of your story. I can't imagine two people in love suddenly thinking they're siblings.

Hi Jannine,
Thanks for dropping by
Regards
Margaret

Sounds like a fabulous story! I love the cover, too. I enjoy seeing historical stories that are set in the near past, like yours. Some earlier periods have been done to death. Of course, I think it's more difficult to do a near-past historical, because there are lots of readers around who may remember the way things really were - so you've got to get it right.

Thanks Lisabet,
You are absolutely right, when we write about events that people who are alive today have lived through you have to be terribly careful. That's why it was good that I had my mother's letters for reference and I was also able to quiz my mother and aunties who lived through the 2nd world war. (Not the sexy bits though, they would have fainted or would they?)Mm, not sure on that point.
Regards
Margaret

Hi Margaret! You book looks super cool! I have recenty gotten into historicals and your book looks so good. The cover looks so pretty

Hi Lastnerve,
Interesting name. Thank you for dropping by, I appreciate it.
Cheers
Margaret

Hi Ginger! Hi Margaret.
Wow, I've read little historical romances that were set outside of Regency, American Western, Medieval etc. So its so fascinating to find different settings! Seeing that cover is breath taking. It gave me there an insight to the average time its set so it looks like a fitting cover to the blurb. That sounds so unique and I bet emotional too!

A joy to meet you!

What a wonderful way to honor your parents' history! I have access to my grandparents' letters of WW2 and was thinking more along the lines of a non-fiction story. I may reconsider that now. Your book sounds great!

Interesting story with lots of twists and turns.

Thanks Janice,
I appreciate you taking the time to drop by.
Regards
Margaret

Thank you Caffey for your kind words. It is a lovely cover, not that I can take any credit for it.
Regards
Margaret

Hi Molly,
Thank you. With letters like you have from your grandparents,you can incorporate the non fiction with fiction and thus reach a wider audience, but still honour your grandparents at the same time. That's the way I looked at it.