I've been getting some of the most interesting emails lately, and I'm glad because they provide great blog fodder.  Of course, I always check out the authenticity of anything I share here so as not to embarrass myself.  This is quite fascinating and kudos to the person who put it together.

Remember when grandparents and great-grandparents stated that they only had an 8th grade education? Well, check this out. Could any of us have passed the 8th grade in 1895?

This is the eighth-grade final exam from 1895 in Salina , Kansas , USA .. It was taken from the original document on file at the Smokey Valley Genealogical Society and Library in Salina and reprinted by the Salina Journal..

Grammar (Time, one hour)
1. Give nine rules for the use of capital letters.
2. Name the parts of speech and define those that have no modifications
3. Define verse, stanza and paragraph.
4. What are the principal parts of a verb? Give principal parts of 'lie,' 'play,' and 'run'.
5. Define case; illustrate each case.
6 What is punctuation? Give rules for principal marks of punctuation.
7 - 10. Write a composition of about 150 words and show therein that you understand the practical use of the rules of grammar.

U.S. History (Time, 45 minutes)
1. Give the epochs into which U.S. History is divided
2. Give an account of the discovery of America by Columbus .
3. Relate the causes and results of the Revolutionary War.
4. Show the territorial growth of the United States .
5. Tell what you can of the history of Kansas .
6. Describe three of the most prominent battles of the Rebellion.
7. Who were the following: Morse, Whitney, Fulton , Bell , Lincoln , Penn, and Howe?
8. Name events connected with the following dates: 1607, 1620, 1800, 1849, 1865.

Orthography (Time, one hour) [Do we even know what this is??]
1. What is meant by the following: alphabet, phonetic, orthography, etymology, syllabication?
2. What are elementary sounds? How classified?
3. What are the following, and give examples of each: trigraph, subvocals, diphthong, cognate letters, linguals?
4. Give four substitutes for caret 'u'.
5. Give two rules for spelling words with final 'e.' Name two exceptions under each rule.
6. Give two uses of silent letters in spelling. Illustrate each.
7. Define the following prefixes and use in connection with a word: bi, dis, pre, semi, post, non, inter, mono, sup.
8. Mark diacritically and divide into syllables the following, and name the sign that indicates the sound: card, ball, mercy, sir, odd, cell, rise, blood, fare, last.
9.. Use the following correctly in sentences: cite, site, sight, fane, fain, feign, vane , vain, vein, raze, raise, rays.
10. Write 10 words frequently mispronounced and indicate pronunciation by use of diacritical marks and by syllabication.

Geography (Time, one hour)
1 What is climate? Upon what does climate depend?
2. How do you account for the extremes of climate in Kansas ?
3. Of what use are rivers? Of what use is the ocean?
4. Describe the mountains of North America .
5. Name and describe the following: Monrovia , Odessa , Denver , Manitoba , Hecla , Yukon , St. Helena, Juan Fernandez, Aspinwall and Orinoco .
6. Name and locate the principal trade centers of the U.S. Name all the republics of Europe and give the capital of each.
8. Why is the Atlantic Coast colder than the Pacific in the same latitude?
9.. Describe the process by which the water of the ocean returns to the sources of rivers.
10. Describe the movements of the earth. Give the inclination of the earth.

Notice that the exam took FIVE HOURS to complete.

And since we're discussing history...here's a few more fascinating facts:


Some history for you . 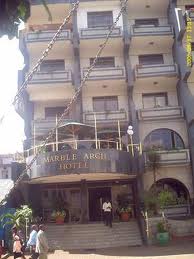 There is an old Hotel/Pub in Marble Arch, London.
It used to have gallows adjacent. Prisoners were taken to the gallows (after a fair trial, of course) to be hung.
The horse drawn dray, carting the prisoner was accompanied by an armed guard, who would stop the dray outside the pub and ask the prisoner if he would like ''ONE LAST DRINK''.

If he said YES it was referred to as ONE FOR THE ROAD.
If he declined, that prisoner was ON THE WAGON.
At one time, urine was used to tan animal skins, so families used to all pee in a pot & then once a day it was taken & sold to the tannery. If you had to do this to survive you were "Piss Poor". But worse than that were the really poor folk who couldn’t even afford to buy a pot. They "Didn’t have a pot to Piss in" and were the lowest of the low. 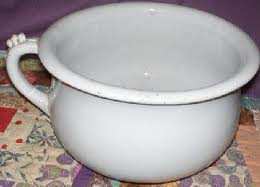 And that's the truth.
Posted by Unknown at 4:00 AM

Email ThisBlogThis!Share to TwitterShare to FacebookShare to Pinterest
Labels: A touch of history, Ginger Simpson's Blog

I think I could have gotten C on this test. I was familiar with most of the questions, but several really blew me away. Of course, many of these are questions I could only answer thanks to my college education. In 8th grade, definitely not. And that is sad. Love the history anecdotes.

Alas, I think I failed. Don't give me math, my downfall.
Cute post, now I know where a few of these sayings came from.
You always have such interesting posts. Thanks

Not an easy exam by any means! In all fairness, though, many of the questions clearly require simply supplying information that was learned by rote.

I always thought that "orthography" meant spelling. But clearly they use the term in a much broader sense.