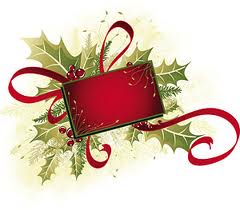 Gwen closed the door and slumped against it.  She touched her fingertips to her lips and smiled.  She hadn’t asked for a gift for Christmas, but it seemed Santa had come early.  She had a party to dress for, and now, a real reason to celebrate.
The End
Don't forget to leave a comment for the drawing.  I'll pick on lucky person to receive a 2011 pocket/purse calendar complete with it's own pen.  :)
Posted by Unknown at 4:00 AM

I didn't read the first half, but I liked the ending.
cmr

What a wonderful story. No wonder the magazine published it.

Really nice story, Ginger. I like the way you ended it realistically with "baby steps," rather than just having Gwen fall into his arms as if nothing ever happened.