The Best and Worst of Valentine Memories 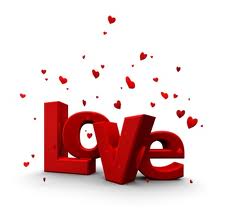 I'm part of the Coffee Crew now at CTR, and I was so deeply touched by the post added by another member in a discussion of things we remember most about what is supposed to be the most "romantic" day of the year.  I asked permission from Virginia Nelson to share this with you.  After all, isn't Valentines truly supposed to be more than cards, chocolates and roses?

I initially didn't answer this one.  I haven't celebrated Valentine's Day, other than to dread it, since I was sixteen.

But it has been bugging me and since it has, I thought I would share why this holiday is rough for me.

My first boyfriend evolved out of my first best friend.  You know, that kid you eat mud with... climb trees with... that first good friend.

He took me on my first date for my thirteenth Valentine's Day.  It was my first date ever and we were going to a church dinner at the Roadhouse, (Then Brown Derby but I digress).

He showed up at my house with a three foot tall Ziggy card (I remember the words to this day... Ziggy was huge on the front and he advised the reader to place their left hand on their right shoulder and vice versa and squeeze...) a dozen longstem red roses, a box of chocolate, red heart shaped earrings and a tiny gold ring (my first real gold and real diamond ring even if the diamond was little more than dust...) and the shape of the ring was called the Love Knot.

He said, as we talked over steak, that he wanted my first date to be my best one and no one to ever be able to top it first-date-wise.

He had these gorgeous golden curls.  They were long and I used to wrap my fingers in them and watch the curls bounce back into place...

That same year, his back hurt.  All the time.  At first it was called growing pains.  Then they advised his parents to buy him a new bed.

Then they did some tests on his back...

And found that his kidney was the size of a cantaloupe.  It was cancer.

I spent that year watching the curls fall out.  He and I laughed and I bought a pin and wore it all the time that advised, "Bald guys are sexy."

I learned how to clean the tube that piped food and medicines from a backpack to a place above his heart... when he was too sick to eat anymore.

He had pictures of me (I was a model at the time... the nurses teased him about his hot girlfriend and he ate it up...) all around his bed at the hospital.

I remember, during that summer, riding in his mom's van with the windows all open and Free Falling blasting on the radio and his head in my lap, closing my eyes and hoping it wouldn't ever end.  It was perfect, even if it was terrifying.

We had a date to celebrate our anniversary.  Valentines Day.  He had just turned 16 and I couldn't wait to be able to drive in a few months myself...

I didn't cry when I found out he died the week of Valentine's Day.

I didn't cry at his calling hours.

I stood over him and worried that I looked okay. About nothing things...

When my mom showed up and met me at the casket she said, "You know you can touch him."

I scoffed.  Of course I knew that.  It wasn't my first funeral.

I reached out a hand and closed it over his.

And his fingers didn't grip mine.  For as long as I could remember, when my fingers met his, his had closed around mine.

And I shattered.  It was real.  He was gone.  And with him he took all that was pure and sweet and untarnishable in my life.

Since he has been gone, I have lived a life I wouldn't have dreamed of back then.  I have had children, married and divorced and traveled to many of the places that he and I planned to see.

But a little part of me, a bigger part when that anniversary comes around, still remembers the feeling of his golden curls warm in my fingers, his face smiling, while the wind whirled through the van and Free Falling blasted through it all like the theme song to our life...

And no hearts and flowers will ever bring that back.
Posted by Unknown at 4:00 AM

I don't think any of us forgets their first love. And yours is a very heartwreching memory.
You have kept him alive in your heart.
Thank you for sharing such a bittersweet and sad part of your life.

I don't think I've ever teared up reading a post but I did with this. Very touching.

And I hate you for making me cry on Valentine's

You made me smile, then you broke my heart.

Thank you for sharing such a personal memory from your past. It made me smile and it made me cry.

This brought tears to my eyes. You really never forget your first love, even when you have him at thirteen. He sounded like a real special young man.