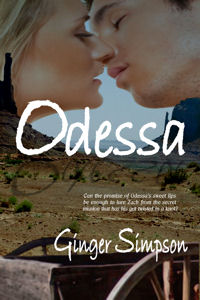 Born on February 7th, around 3:30 PM EST, my latest baby made her appearance.  This was a fun book to write, and as most of my other western historical romances, is sweet enough for your teenage daughters to read.

Here's a blurb and a short excerpt: