SHERIFF JOE IS AT IT AGAIN!


You all remember Sheriff Joe Arpaio of  Arizona , who painted the jail cells pink and made the inmates wear pink prison garb. Well.........

SHERIFF JOE IS AT IT AGAIN!

Oh, there's MUCH more to know about Sheriff Joe!

Maricopa  County was spending approx. $18 million dollars a year on stray animals, like cats and dogs. Sheriff Joe offered to take the department over, and the  County  Supervisors said okay.

The animal shelters are now all staffed and operated by prisoners. They feed and care for the strays. Every animal in his care is taken out and walked twice daily. He now has prisoners who are experts in animal nutrition and behavior. They give great classes for anyone who'd like to adopt an animal. He has literally taken stray dogs off the street, given them to the care of prisoners, and had them place in dog shows.

The best part? His budget for the entire department is now under $3 million. Teresa and I adopted a Weimaraner from a  Maricopa  County shelter two years ago. He was neutered and current on all shots, in great health, and even had a microchip inserted the day we got him. Cost us $78.

The prisoners get the benefit of about $0.28 an hour for working, but most would work for free, just to be out of their cells for the day. Most of his budget is for utilities, building maintenance, etc. He pays the prisoners out of the fees collected for adopted animals.

I have long wondered when the rest of the country would take a look at the way he runs the jail system and copy some of his ideas. He has a huge farm, donated to the county years ago, where inmates can work, and they grow most of their own fresh vegetables and food, doing all the work and harvesting by hand.

He has a pretty good sized hog farm, which provides meat and fertilizer. It fertilizes the Christmas tree nursery, where prisoners work, and you can buy a living Christmas tree for $6 - $8 for the holidays and plant it later. We have six trees in our yard from the prison.

Yup, he was re-elected last year with 83% of the vote.
Now he's in trouble with the ACLU again. He painted all his buses and vehicles with a mural that has a special hotline phone number painted on it, where you can call and report suspected illegal aliens. Immigrations and Customs Enforcement wasn't doing enough in his eyes, so he had 40 deputies trained specifically for enforcing immigration laws, started up his hotline, and bought 4 new buses just for hauling folks back to the border. He's kind of a 'Git-R-Dun' kind of Sheriff.

TO THOSE OF YOU NOT FAMILIAR WITH JOE ARPAIO..

HE IS THE MARICOPA  ARIZONA  COUNTY  SHERIFF

AND HE KEEPS GETTING ELECTED OVER AND OVER.

THIS IS ONE OF THE REASONS WHY:

**He took away cable TV until he found out there was a federal court order that required cable TV for jails, so he hooked up the cable TV again.....BUT only let in the Disney channel and the Weather channel.

**When asked why the weather channel, he replied, "So they will know how hot it's gonna be while they are working on my chain gangs."

**He cut off coffee since it has zero nutritional value.

More On The Arizona Sheriff:

With temperatures being even hotter than usual in Phoenix (116 degrees just set a new record), the Associated Press reports:
About 2,000 inmates living in a barbed-wire-surrounded tent encampment at the Maricopa County jail have been given permission to strip down to their government-issued
pink boxer shorts.

On Wednesday, hundreds of men wearing boxers were either curled up on their bunk beds or chatted in the tents, which reached 138 degrees inside the week before.

Many were also swathed in wet, pink towels as sweat collected on their chests and dripped down to their PINK SOCKS.

"It feels like we are in a furnace," said James Zanzot, an inmate who has lived in the TENTS for 1 year. "It's inhumane."

Joe Arpaio, the tough-guy sheriff who created the tent city and long ago started making his prisoners wear pink and eat bologna sandwiches, is not one bit sympathetic. He said Wednesday that he told all of the inmates, "It's 120 degrees in  Iraq and our soldiers are living in tents too, and they have to wear full battle gear, but they didn't commit any crimes, so shut your mouths!"

Maybe if all prisons were like this one there would be a lot less crime and/or repeat offenders. Criminals should be punished for their crimes - not live in luxury until it's time for their parole, only to go out and commit another crime so they can get back in to live on taxpayers' money and enjoy things taxpayers can't afford to have for themselves.

Why can't we have this man go to Washington and drum some sense into the elected officials there who can't seem to find their butts with both hands?  Sheriff Arpaio seems to be the only elected official who finds solutions instead of padding his own pockets.  Hooray for Joe Arpaio!!!!! 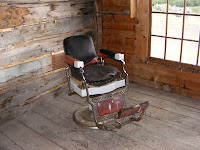 A question I’m often asked; “How did you think of that for your story plot?”  In the search for that unusual ‘never before written’ idea, most writers are sidelined by the idea there just isn’t anything that hasn’t been written before. Their range of inspiration narrows—and they’re convinced all the good ideas have been written. This is a troublesome feeling . . . a struggle for that all moving and exciting vision that will take them to the top. Let me tell you . . . waiting for creativeness to strike won’t write that book. Get off that couch and go out and hunt it down—in unexpected places.

Go to the local shopping mall and listen, watch, if you write suspense take a visual stroll down the list of renown killers and see if they spark an idea, glance through history books if you write 1800s, talk to old people and see if they can catapult an image, prowl the internet, talk to experts in an topic of interest, etc.
We all know the best ideas are those other writers haven’t written about, or haven’t noticed. It may seem daunting – but new ideas are popping up all over the place, and if you’re like me you ask yourself; “Why didn’t I think of that?”
Some authors use the ‘explain common things’ style to get that story plot.  They ask experts to explain how ordinary things work, preferably things invisible to the public. For example, how does the railroad system work? What happens to old refrigerators? How do breweries make beer? How can you tell if a person is truly drowning? Why do some women desert their children, isn’t it instinctive for them to protect a child at all cost?
Another way to get ideas is to think about what troubles or baffles you, find out why by interviewing people who have the knowledge you’re seeking. I’ve always wondered if I lived in the 1800s what would my life be like.  Housewife or pastor wife, work in a mercantile, live at a fort, live in a booming mining town, a female prospector or a dance hall girl (giggle), which turns out to be a fairly common question.
What if you upset your life and do nothing your ‘daily habits’ dictates.  Walk to work instead of drive, go to a different church, listen to different music, dress opposite the norm, etc.  Do you think you’ll look at life differently?  Will you react to people differently?
I know this will be hard for those shy people, strike up conversations with people you don’t know, even cultivating the ‘strange-types’ you wouldn’t ordinarily chat with. Introduce yourself to people in the grocery lie or sitting next to you in church, or someone interesting in the airport waiting for their flight.  What about striking up a conversation with people carrying a sign or wearing a name tag? 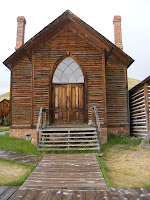 Accept any piece of paper handed to you on the street and start reading junk mail. Watch TV shows you usually can’t even stand the advertisements.  Ask yourself why would they appeal to anyone?
My favorite of all - role-play as someone whose viewpoints differ from yours. I once put on a set of headphones and tried reading lips and understanding what it is like to be deaf.  It was beyond a learning experience.
The purpose behind all this is these methods jar you out of your norm, and that’s where the writing ideas are, hiding in plain sight.
Posted by Rita Karnopp at 1:00 AM No comments:

Welcome Lisabet Sarai to Dishin' It Out