How Deep Are Your Pockets? Ginger's nosy!

I found a slice of heaven when I discovered my current publisher.  Only "invited" authors are there, and most have taken advantage of re-writing books that weren't given the notice they deserved the first time around.  As I've mentioned before, writing is a never-ending journey when it comes to learning.  Rules change as often as my underwear (that's frequently, by the way), and to be able to apply newly-learned skills to improve a read is a joy.

As most of you, I've been signed for years with small publishers and know how many pieces of the pie get served up before I get my portion.  Suffice to say, my earnings have been slim despite the number of books I've published.

With my new publisher, I finally got the opportunity to feel like a true author.  Although I've always said I don't write for the money, I think the smile on my face when I received my first four digit paycheck made a liar out of me.  And that was for ONE book, but there was a catch.... 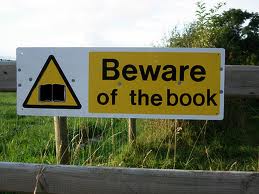 Amazon has given many authors an opportunity to publish their own works, thus cutting out the middleman.  I haven't gone that route because I still cherish having an editor who goes through my work and finds mistakes even after it's been read by me a hundred times and passed through a critique group.  Still, I don't believe a book exists in which there isn't at least one or two errors of some form.  There just aren't enough eyes in the world to catch everything, and I believe our brains often read what we think should be there.  I've read some books lately that are fraught with mistakes that would never have been there if the author had taken an extra month and at least used a beta reader to solicit comments, but then, I know the feeling of being anxious to see your book for sale.  Still, the stigma of ebooks versus mainstream continues to sink our popularity because of some of these poorly written novels.

The KDP program seemed like an answer to a prayer, but I'm sure many are finding it was just a temporary shining star.  How do you fall from being in the one thousands in ranking to quadruple digits? Amazon has the power to change the algorithms at will, and we don’t have any say in the matter.   Amazon recently purchased Avalon and imported all of their books and authors into their pool. Wanna bet that sales are skewed in favor of in-house publishing ventures?  I think the KDP program as a ploy to get mainstream authors on board, and now that they've joined the ranks, we small press and self-pubbed people are at the back of the line again.  That doesn't mean we can't compete, it just makes it a little more difficult...and probably out of the financial reach of most of us. 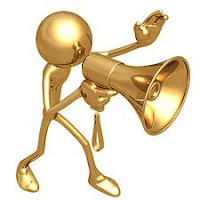 Amazon use to show our free rankings with the paid rankings, giving us an equal footing, but now that the big four pay for Amazon feature ads at around $50,000 per package, we cannot complete in their league...at least in paid promotion, but we can continue to write the very best books we can, which is why I'm thrilled to have been able to offer improved versions of some of my stories.  I thought I knew what a novel was from years of being a reader, but until you actually write your own book, you have no idea what's involved.  I wish we could get that across to those who like to desecrate the works of some in nasty, unhelpful reviews.


You can find my latest releases along with all my other work at: http://www.amazon.com/author/gingersimpson

I am so on board with this...I just got my rights back to a book and am at the point of formatting and finding myself completely out of my element!

Kim...I totally understand. I had help in big way. Best of luck...they do have a great support system and they respond quickly.

Four digit check...WTG..but does that include the cents column?? LOL...Love your stories. You deserve that big check!!

I"m talking four digits before the decimal. :) Thanks for the nice praise JQ...coming from you, that's a real compliment. It was a once in a lifetime deal, but I'm so thankful for the experience. Of course, I had to claim my big earnings on my taxes and ended up paying, and prior to that my little teensy payments didn't amount to a hill of beans. Say...we still need to meet. Where do you?

Where do you live? is what I was trying to say. Yikes...I'm a ditz.