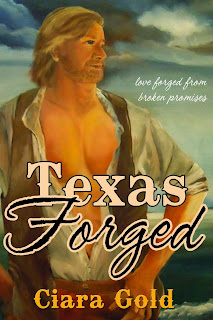 “Help me roll the table out the door. Since the water’s barely covering your porch, we can launch it from there.”
Together they struggled to position the pine furniture. Upside down, the thick plank of wood floated as he’d hoped, its four legs standing upward like sail-less masts. He held onto one of the table legs while it bobbed on top of the frothing plane. Ahead, shouts ripped through the loud gusts wailing between the buildings and a small skiff floated past with two men huddled inside.
“Climb on.” He yelled to Aubrey over the roar.
“It won’t hold both of us.”
“No, but I can swim behind and push it forward.”
She clutched at his arm. “I won’t let you. It’s too dangerous.”
“We have no choice.” Waves tugged at the makeshift raft. “Now climb on.”
She placed a foot onto the edge, but the weight pushed the end of the table down into the water. He shook his head at her attempt and motioned her back onto the porch. “Squat and swing your bottom around to place most of your weight in the center. Otherwise, this tub is likely to sink before its maiden voyage.”
She surprised him by doing as requested. Even with her weight evenly placed, the plank undulated as if to spill its contents any moment. She squealed at her precarious position. Galin stepped down into the murky water and sucked in a brittle breath. The frigid depths pulled at his feet while strong winds tugged at the improvised boat. He continued to walk down the steps until his feet found purchase on the roadway below. Something slimy slithered past his hip, and strong currents ripped at his balance. Somehow he maintained his grip on the legs of the table and pushed the floatation from the house. The part of the table farther away from him tilted upward allowing the table to plow through the water without capsizing.
His hold lasted all of one block before loose debris crashed into the side.
“Galin!” Aubrey screamed as the table tipped to the side and she slid.
The force tore the barge from his grasp and a careening barrel struck his shoulder, slamming him against a hitching post. He shook his head and cleared his vision. Aubrey clutched the jutting length of wood, her body submerged by rapidly rising water.
With no time to spare, he half walked, half swam to reach her before too much distance separated them. Though the water was only waist deep, currents and a muddy surface made navigation difficult.
“Galin. I’m scared. I can’t swim.”
He managed to come alongside and seize their temporary vessel. A splinter lodged just below his thumb, but he ignored the pain. Instead he studied Aubrey’s frazzled appearance. Her wide eyes and blanched skin tore at his gut. What had he been thinking to force her from her home? If they made it to the courthouse, he would shower her with apologies. In the meantime, he redirected his focus on the mission; getting them to safety.
“Look out!”
A shingle flew past and nicked Galin’s shoulder. He grunted. “You’d think this wind would blow us forward more quickly.”
But obstacles littered the way. A stray dog swam past, looking wildly about for dry ground. “The water’s rising,” she said.
“Just hold on and flutter your legs.” He showed her how to wrap her arms around the leg. Unfortunately, their combined weight caused the front part of the table to lift more than usual. He feared their boat headed for disaster.
Out of the corner of his eye, he spied a horse trough floating several yards ahead of them. “Keep hold of the leg. I’m going to let go and swim for better floatation.”
“Galin, no, don’t leave me.”
“This table won’t hold much longer.”
She followed his line of sight. “The trough is full of water. How can it hold our weight, too?”
“Even full, it floats. Buoyant, I can tip it over and spill some of its contents. We can bail the rest.” Two-by-two boards gave the structure a sturdiness the table lacked. He estimated three more blocks before the water tapered to ankle deep.
“I don’t like this. The currents are too strong for you to navigate.”
“I’m a strong swimmer. Chin up. You’re fine. Just hang on.” With that he pushed away and immediately applied strong strokes to propel him forward. A minute later, his arms and legs burned as he fought against a relentless tide, but he closed in on the trough. Behind him, Aubrey braved the forces alone, bobbing along at a slower pace.
He reached out, grabbed the side of the trough, and let out a whoop. He turned back to motion his success, but Aubrey was gone.

Email ThisBlogThis!Share to TwitterShare to FacebookShare to Pinterest
Labels: A Page Straight From, Ciara Gold, Dishin' It Out, Texas Forged, Wednesday Feature