A CHARACTER’S POV BY RITA KARNOPP

Your primary character’s point of view can only be real if you empathize and understand them inside and out.  You want your reader to see the story through the eyes of your character.

We get to know our characters by asking them questions . . . like you would a new acquaintance or perhaps a new family member you’ve never met.  So what kind of questions can you ask that will give you the understanding you need to get to know your primary characters?

But remember, not everything you know about your character has to go into your story.  You need to know your character so you’ll understand how he’ll answer, act, behave, react, and maybe even defy.

There’s one thing you must always consider when writing . . . and it involves your POV character . . . the five senses; smell, hear, touch, taste, and see.  Which of these senses are your weaknesses and strengths?

Does your character notice perfume?  That could be important.  Does he hear a certain tone/voice annotation that triggers a clue?  Does the clamminess of skin reveal anything?  Does the bitterness of the wine warn it might be poisoned?  Or did he notice the man slip a piece of paper into the pocket of the man in front of him.  Perception is key in any story.

Your POV character may have strengths and weaknesses of the senses, too.  They could be key to their personality as well.  Think about the blind person and his other heightened senses.  Use sensory focus to create personality in your primary characters.

What follows in this wheelhouse is intuition – when your character can sense the emotion, anxieties, objective, and fears of others.  It’s an extra sense that can create mood and make your protagonist believable.  Characters such as cops or doctors who must make snap judgments for the good of others display this sense.

Note here that your character’s profession will reveal a type of sensory perception.  Take for instance a teacher will perceive things in a logical, even checklist sort of way.  An electrical engineer perceives things in a planned, even logical way.  A lawyer would be the negotiator, talker, or even judgmental type – he’ll be the one asking questions and hopefully listening.  This character has a sense when someone is lying or hiding the truth . . . or telling the truth.  You can do this several ways and the reader will recognize the trait; his hands grow clammy, his eye twitched, his stomach knots, or maybe goose bumps chill his arm (the old cliché – hair rises on the back of his neck – please don’t use it … but you know what I mean).
You have to decide what your primary character is all about – his traits are vital to a realistic character.  You might have a competitive character – life is but a game – and everyone is out there trying to beat him.
Maybe your POV character is materialistic and is looking for the richest man she can find – she calculates – no matter who it’s going to hurt – how she can get him to marry her? 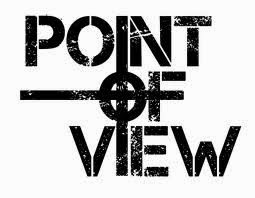 There are so many perception types of characters – and it’s worth your time to decide what type of character you're writing about.  As in most cases, less is more.  You can use the five senses, but adding perception will evoke that something extra to your primary character.


Take note that a character using perception strengthens a reader’s investment in the story and reveals information about the character you wouldn’t otherwise be privy to.
Posted by Rita Karnopp at 1:00 AM