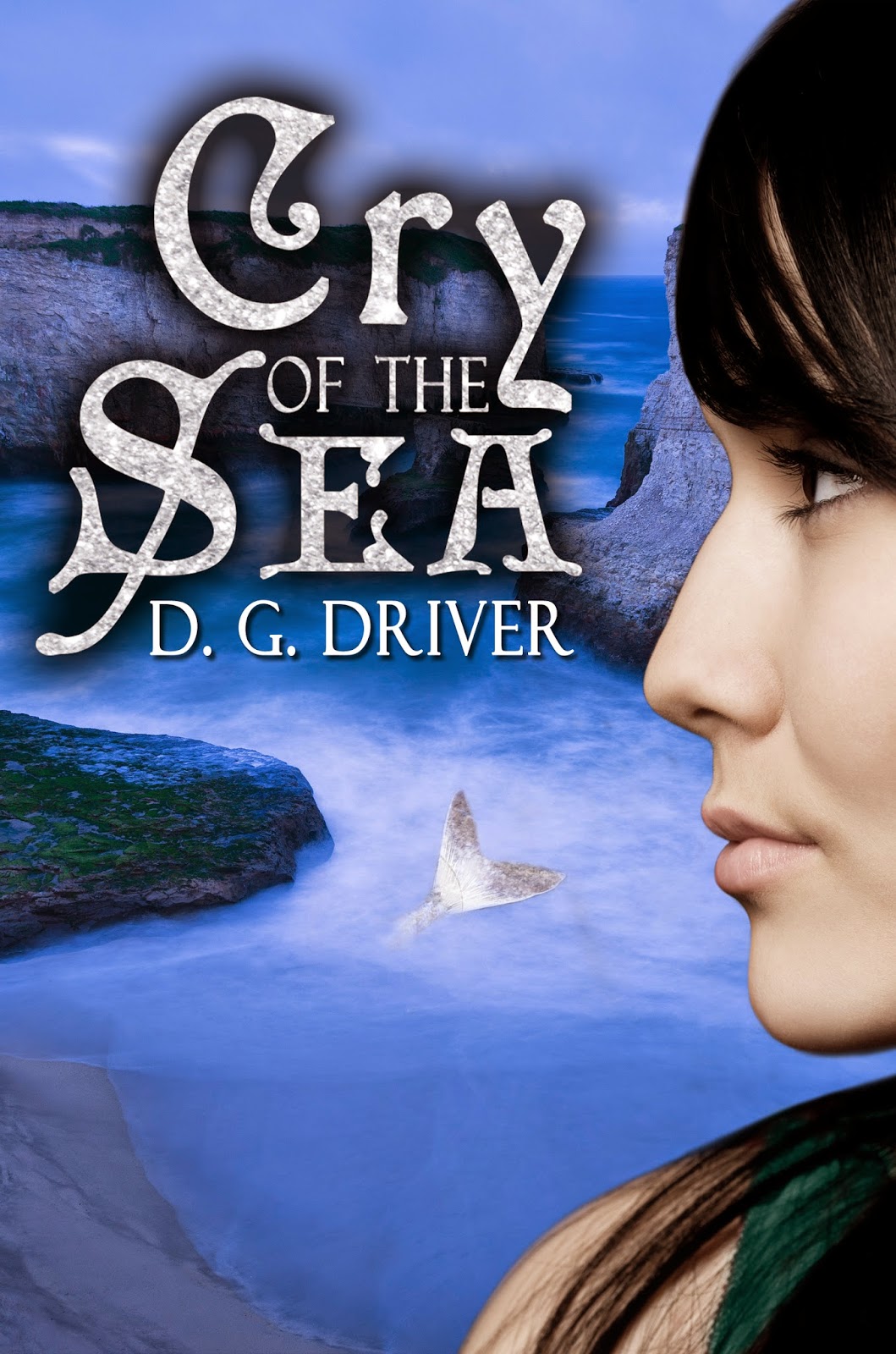 Cry of the Sea
by
D.G. Driver
They must be surfers, was all I could think as I ran toward the three squirming bodies. Who else would be in the water this early in the morning? But even for surfers, this was pretty early. They’d have to have been surfing in the dark. That didn’t make any sense. Were they crazy? I knew some surfers at school, and they were definitely nuts sometimes, but surfing before the sun rose seemed extreme even for them.
Well, crazy or not, they didn’t deserve to be caught in an oil slick. I crashed down to my knees beside the bodies and dropped my gear. I started to reach out my hand to tap them and see if they were all right without even stopping to get a good look at them. But before I touched any of them, my arm recoiled back to my side.
"Dad!" I screamed. "Oh my God! Dad!"
My dad rushed up behind me. "Are they alive?" he asked, trying to catch his breath.
"I… I…"
Words didn’t come. I couldn’t formulate a thought. I was too startled. These three figures lying in the sand in front of me weren’t surfers at all.
They weren’t even people.
From their facial features and upper torsos, they looked kind of like women, but all three of them had silver-colored skin. They were bald, with strange ridges marking their skulls. None of them seemed to have ears, only holes in the sides of their heads. No nose was visible, not even a bone or nostrils filled that space between their eyes and mouths. Although their mouths seemed to be moving, they were actually breathing through what looked like gills in their necks.
And if that wasn’t weird enough, instead of legs, their upper torsos stretched out into long, scale-covered, silver fishtails. If I had to say what these things stranded in front of me, splattered with oil, appeared to be, I’d say mermaids. And no, they didn’t look like they’d start singing songs or granting me wishes. They looked a little bit scary—but fragile too. Most of all, they looked like they were going to die, and no handsome prince was there to kiss them and keep them from turning into sea foam.
"June," my dad whispered. "Do you think they’re real?"
"Yes," I whispered back. "Strange but very real."
"You don’t think they’re costumes?" he suggested. "Maybe some costume party on a yacht last night—they fell off."
Sometimes my dad’s brain worked even more off-kilter than mine. I shook my head. "Those are not costumes, Dad."
Those beings lying there in the sand were not wearing anything that was cut or stitched together. What I saw wasn’t material. It wasn’t a lycra suit like on Catwoman, nor was it some kind of make-up like that chick from X-Men. Make-up would’ve been washed away.


What I saw was real skin. Or some kind of skin, if skin could be silver. And those were real scales, not some kind of pointy sequins. I’d been around enough fish to know the difference. Besides, if these were a couple drunk, rich women in costumes, they’d be dead already. I knew these creatures weren’t dead, because the one closest to me suddenly opened its eyes and focused them right at me.
Buy Link
Posted by Unknown at 12:00 AM

Email ThisBlogThis!Share to TwitterShare to FacebookShare to Pinterest
Labels: A Page Straight From, Cry of the Sea, D.G. Driver, Dishin' It Out Wednesday Feature

Wow, that got me entirely intrigued. What are they? And where have they come from? This is one that is crying out to be read.

Oh, I hope you'll read the book. I think you'll really enjoy it.