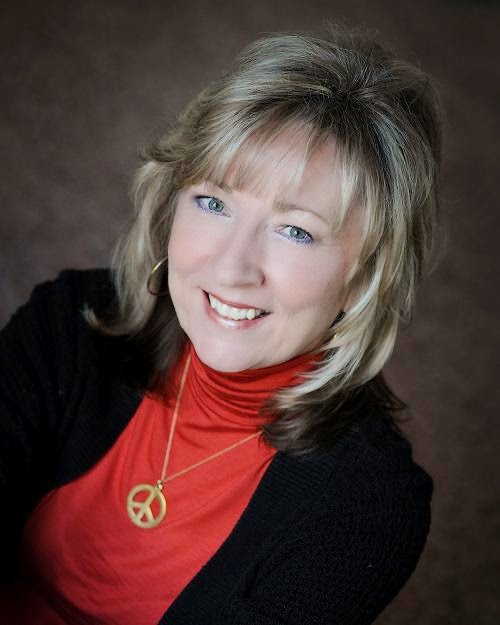 WHERE DO THOSE IDEAS COME FROM?

Thanks so much for having me today on Dishin’ It Out. I’m excited to have your readers learn about my latest release, The Art of Love and Murder, the first book in my Love and Murder series. I hope everyone enters the Rafflecopter drawing for a tote bag of items that relate to the book. The more you enter, the more chances you have to win. This link will direct you to all the blogs on my tour: http://brendawhiteside.blogspot.com/p/contests-and-give-ways.html

Stories come to me from a phrase, a song, people I know or any other number of ways. This isn’t unique to me. Writers find inspiration in many different ways, at times not even recognizing where or how the idea came to them.

My Love and Murder series started a bit differently this time. There was no zing of inspiration from something I overheard, a phrase I read or a song on the radio. I purposely set out to write a series – and I wanted suspense and murder to be part of it. My husband is an avid reader of suspense. One night at dinner, I announced my intentions and asked for some brainstorming help. He’s a big supporter, but I’ve never asked for input. Once I described my heroine and steered him away from his first suggestions involving the CIA, we rolled along. He’s been instrumental in helping me brainstorm the first three books – The Art of Love and Murder, Southwest of Love and Murder and The Legacy of Love and Murder.

Books four and five are still vague ideas, but I know who I can count on to help me brainstorm.

Blurb for The Art of Love and Murder:

Lacy Dahl never questioned her past until the deaths of her adoptive parents and her husband. A husband who wasn't what he seemed. Her research uncovers secrets about the mother she never knew; secrets that dispute the identity of her father and threaten her life.
Sheriff Chance Meadowlark is still haunted by the murder of his wife and the revenge he unleashed in the name of justice. When he meets Lacy he is determined not to become involved, but their pasts may make that impossible. As they move closer to the truth, saving Lacy may be his only salvation.
Lacy begins to think the present is more important than her past...until Chance's connection to her mother and a murder spin her deeper into danger and further from love. Will the truth destroy Lacy and Chance or will it be the answer that frees them? 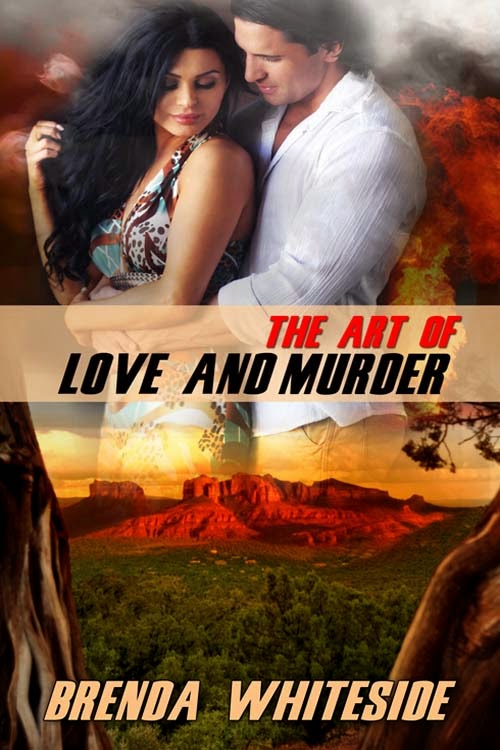 Excerpt for The Art of Love and Murder:

Lacy quickened her pace. The footsteps behind her did the same. As fast as her feet touched the bricks, her heart beat twice that speed. If only she could clear the narrow alley, step onto the lit sidewalk… Like a magnet, the street light pulled her forward, and she lunged out of the darkness. Her hand slammed to her chest. After a hard intake of breath and a fast exhale, she cast a furtive glance over her shoulder. With the strap of her purse in a tight fist against her breast, she whirled around to cover the last block at a trot.

She didn’t see him until too late.

As if she’d hit a cement wall, she careened off balance, but his hands grabbed her shoulders keeping her upright. She gasped and reared back and out of his arms. Her fisted purse became a weapon as she hurled a defensive blow to his chest. Her knee came up, landing a jab to his thigh. “Ehhh,” she cried out from the pain of contact.

“Lady, I’m not going to hurt you.” He held his ground and loomed over her, his hands at his chest fending off the swing of her fist.

Her vision filled with the imposing figure, and a chill shivered her body. Run screamed in her head. This time the swing of her purse missed her target when she turned to escape. His hand caught her arm and pulled her close.

“Help, help me!” Her voice came high and hysterical.

Both hands gripped her shoulders now, and her feet came partly off the ground, forcing her to look into his face.

“What’s wrong? Are you in trouble?”

Her head swung side to side, but the empty street and sidewalks could have been a ghost town. In the distance, a jazzy tune drifted through the air with voices too far away to help. She gulped.

About the Author:
Brenda spends most of her time writing stories of discovery and love. The rest of her time is spent tending vegetables on the small family farm she shares with her husband, son, daughter-in-law and granddaughter. Together, they’ve embraced an age-old lifestyle that has been mostly lost in the United States - multiple generations living under one roof, who share the workload, follow their individual dreams and reap the benefits of combined talents.

Although she didn’t start out to write romance, she’s found all good stories involve complicated human relationships. She’s also found no matter a person’s age, a new discovery is right around every corner. Whether humorous or serious, straight contemporary or mystery, all her books revolve around those two facts.

Email ThisBlogThis!Share to TwitterShare to FacebookShare to Pinterest
Labels: All romance EBooks, Amazon, Brenda Whiteside, Contest, Dishin' It Out, Guest, KOBO, Series, The Art of Love and Murder, the wild rose press

Hi Ginger. Great to be here. I'll be on the road some today but should be able to check in now and then with my phone. Hello to all lurkers too!

Do you rent your husband out for brainstorming sessions? Just kidding - well, sort of. Congrats on your series!

Hi Brenda. Good to have you back. Here''s wishing you great luck on your promo. I'll find time for you whenever you want to drop in. :)

Thanks, Ginger,I so appreciate that!

That's awesome, Brenda, a multi-generational, family farm, I'm definitely in awe!!!
My son and his wife and grandbaby and their two dogs lived with us for four months, and it was interesting and challenging to say the least.
There were good parts and not-so good parts, like lack of space. But don't know if I could do it for a lifetime. You're to be commended!
Hebby Roman

It's a hard thing to do, Hebby, no matter the circumstances. We Americans are used to having our space and not sharing. We work hard at it and not everyone is happy all of the time. But we all feel blessed.

You are a better person than I am to be able to live with a son and daughter-in-law. I tried it once, Hope I never have to again. I love my grandbaby and kept her overnight some, but it's also good to send her home some nights too. lol.

Thans for the giveaway. I love wolves so would enjoy that prize a lot.
jwisley8@me.com