The following is from the first chapter of my novel Illegally Dead, the first book of my Travelling Detective Series. All three books of the series come in a boxed set. 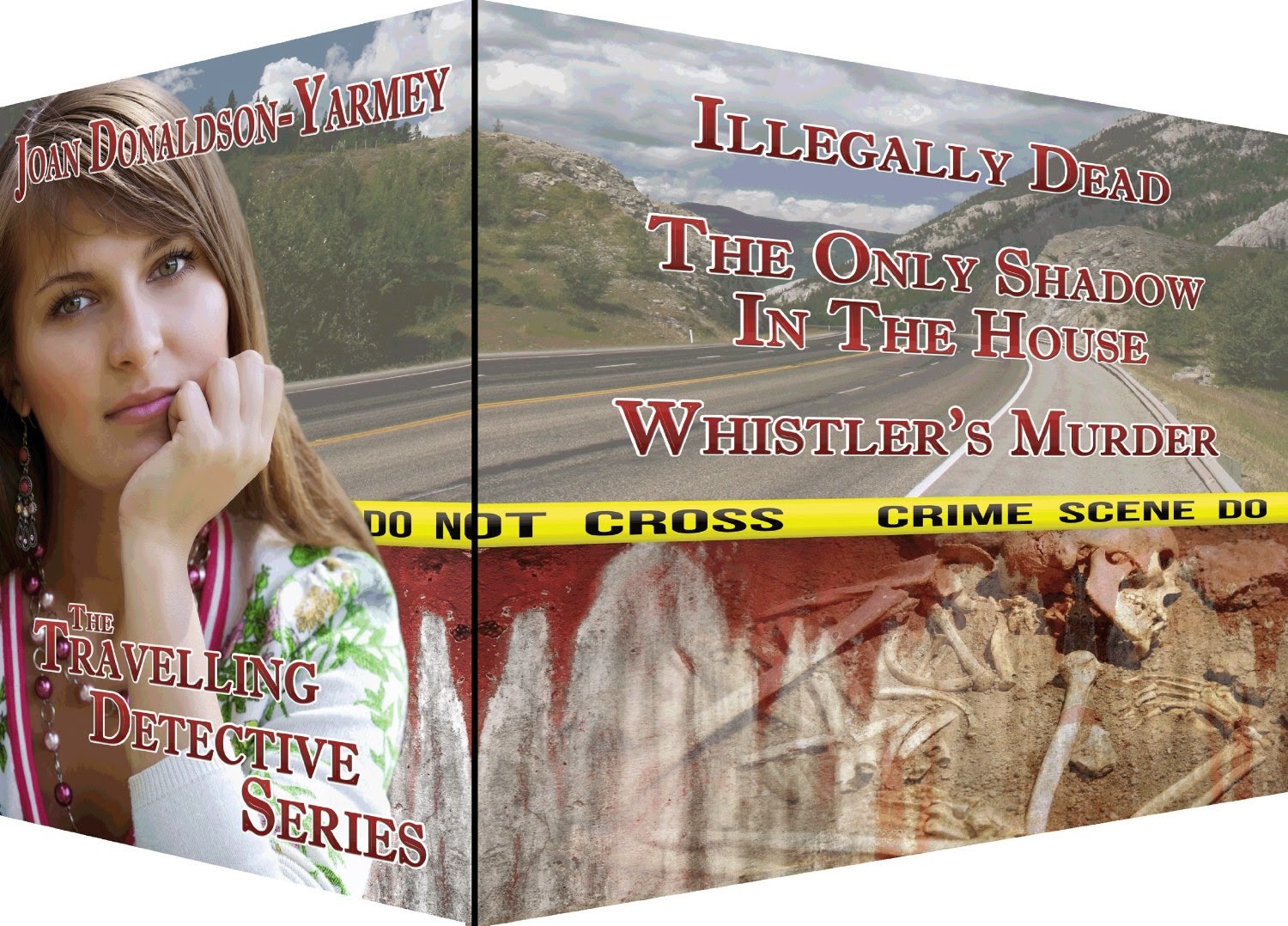 After scouting the yard Dick backed his truck into the driveway, trying to maneuver as close as possible to the septic tank. He grabbed the handle on the concrete lid and pulled. It didn’t budge. He gritted his teeth and tried again. This time he was just able to raise it and then drop it on the grass. Dick caught his breath. In his younger days he would have lifted it off easily. Peering in, he immediately noticed the crack in one wall, not big enough to allow the liquids to dry up but probably the reason the other tank had been installed.
Dick grunted as he unraveled the hose. It seemed to get heavier every day. He dropped it in the solids before starting the suction motor. The hose vibrated slightly as it sucked up the sludge.
Letting the machine do its work, Dick took refuge in the shade beside the house and breathed in the fresh air. He'd been in the business for a total of thirty‑seven years, first with his father and then on his own, and he still hadn't grown used to the smell. As he waited, he thought again about retiring. It was time. But if he wanted a change he'd have to sell. Unlike his father, he had no son or daughter to carry on the business, and he'd never married. The only love of his life had rejected him many years ago.
Ben Drummond's offer to purchase his truck might be the best way out. It was a fair price, since the truck was an older model but Ben wasn't interested in paying for the customer base. After all, as he said, there were no signed contracts. Dick knew Ben could set up his own business and quite competitively too if he wanted. Retaining his customers would be a fight and he didn’t have the desire to do that anymore. So he might as well get what he could for the truck and be finished with it.
As he walked over to check the progress of the pump, something leaning at an angle in one corner of the tank caught his eye. He stopped in mid-stride then scrambled to shut off the motor and went back for a closer look.
A bone. Only the whitish, knobby end showed but by judging the remaining depth of the tank, he could tell that it was long. Probably a leg bone. However, it wasn’t as thick as cow bones he’d seen and looked sturdier than deer bones. He tried to remember the X-ray he’d been shown of his own broken leg many years ago. Didn’t it have a knobby end something like this one?
A chill ran down his back as Dick straightened up and moved away from the tank. His mind began to race. If it was a human leg bone, what was it doing here? Whose was it? Even more disturbing, who had put it here?
Bio

Joan Donaldson-Yarmey was born in New Westminster, B.C. and raised in Edmonton, Alberta. She married soon after graduation and moved to a farm where she had two children. She has worked as a bartender, hotel maid, cashier, bank teller, bookkeeper, printing press operator, meat wrapper, gold prospector, warehouse shipper, house renovator and nursing attendant. During that time she raised her two children and helped raise three step-children. She also had travel and historical articles published in magazines.
Between 1990 and 2000 Joan researched and wrote seven Backroads Series books about Alberta, B.C., the Yukon and Alaska that were published by Lone Pine Publishing in Edmonton, AB.
Joan has now switched to fiction writing and has written and had published three mystery novels, Illegally Dead, The Only Shadow In The House, andWhistler's Murder in what she calls her Travelling Detective Series. She has also had poems and short stories published.
Joan loves change so she has moved over thirty times in her life, living on acreages and farms and in small towns and cities throughout Alberta and B.C. She now lives on an acreage in the Port Alberni Valley on Vancouver Island with her husband, four female cats, and one stray male cat.
http://thetravellingdetectiveseries.blogspot.com/
http://www.facebook.com/writingsbyjoan
Books of The Travelling Detective Series boxed set:
Illegally Dead
The Only Shadow In The House
Whistler's Murder
To buy the boxed set of The Travelling Detective Series click on the link below.
http://amzn.com/B00KF07FQM

I must say you are a woman of many talents. Wow...raising two kids while doing all those different things. How great! And now a great author!!!!