And today Brian Klems finishes up …. I hope you found this information interesting . . . I sure did!   Rita 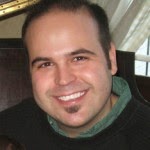 Can You Use Someone Else's Character in Your Book?

Q: Can I use a minor yet intriguing character from a famous work as the protagonist of my novel? I know it’s been done with novels like Wide Sargasso Sea, using Mrs. Rochester from Jane Eyre, but would a secondary character from a novel published before 1950 (yet still in print) also be allowed?—Anonymous
A: Characters are protected by copyright as long as they’re original and well-defined—the traits that probably make them desirable to use in your own work.
“If a character has a distinctive name and well-defined personality—whether it’s Harry Potter or his sidekicks Hermione Granger or Ron Weasley—they belong to the copyright holder, and you can’t use them without permission,” says our legal expert Amy Cook. “Character names can even become well-known enough to warrant trademark protection.”
Now, just because you can’t use someone else’s work doesn’t mean you can’t be inspired by it. And if the character has a rather common name and isn’t particularly fleshed out, she’s up for grabs (e.g., a perky young college student named Jennifer who used to baby-sit the main character and doesn’t play much of a role in the book).
One other avenue that authors are taking is “fan fiction.” Fan fiction writers take characters and settings from other works and build their own stories around them and, generally, share them online for free. Technically, it’s still copyright infringement. But some authors don’t mind this and, in fact, are flattered—especially if it’s not for profit. Some other creators, however, like horror author Anne Rice, simply won’t stand for their characters and fantasy worlds to be used by others. It’s going to depend on the litigiousness of the creator.
FUN NOTE: Bestselling authors Steve Berry, James Rollins and Brad Thor have been known to write each other’s characters into their stories (then again, they are all friends). They talk about it here in this video.
Brian A. Klems is the online managing editor of Writer’s Digest magazine.

A: If your character is a Dodgers fan or loves watching FOX news or happens to walk past Rupert Murdoch on the street and notices that he’s taller than he looks on television, you generally won’t have Alan Dershowitz calling for your head. You can use these well-known proper names in your text as long as you don’t intentionally try to harm that person’s or product’s reputation.
Normally you won’t catch much grief for writing neutral or positive words about real people, places and things. It’s the negative press you provide that could be considered trade libel or commercial disparagement—both ugly phrases that could cost you plenty of cash in a court of law.
Brian A. Klems is the online managing editor of Writer’s Digest magazine.
(NOTE: When in doubt on anything it’s best to contact an attorney that specializes on copyright law.)