CHOOSING A POINT OF VIEW BY RITA KARNOPP

Every writer must face the question of which point of view they want to use in their novel.  First person?  Second person?  Third person?

Let’s be honest, there are several advantages and disadvantages to each.  Let’s take a look at all three and see what you think.

First Person ~ Many writers believe this is the most difficult point-of-view to write.  The reader only gets to see what’s happening through the eyes, mind, and feelings of a single character.  It’s the; I, me, my, mine, we, and us speaker.

“I confess I should have kissed him when he leaned into me.”

So what are the disadvantages of First Person point-of-view?
·         It’s limited to what the first person character can see, hear, feel, touch, smell, and think.
·         You don’t get that character break because you can’t get into the minds of other characters.
·         The narrator must limit observations only from the first person POV.

Second Person ~ This is the most difficult to write because it’s the story from the narrator’s point-of-view.  It’s even the least favorite of POVs for both the reader and writer.

You wanted to make your move, but she froze when you moved in close.  You jumped back as though you’d been burned.

So the advantages of Second Person point-of-view?
·         It’s difficult to find any advantages- maybe the chance to be quirky or a stab at being different.

So the disdvantages of Second Person point-of-view?

Third Person ~ Now we’re talking about the most common of viewpoints - the he, she, they, them, and it narrator.  It provides endless possibilities for limiting omniscience  knowledge, awareness, insight, and even shrewdness.  The narrator and reader are privy to telling the story.

Are you aware there’s a third person unlimited omniscient point-of-view?  I wasn’t either until I started researching information for this blog.  Yep.  This POV allows the author to enter the mind of any character and shift readers into any situation or setting.

He wanted to kiss her, yet feared she’d reject him.  Would she think him disrespectful?
She couldn’t keep her eyes off his full lips.  Why didn’t he take advantage of their isolation and make his move?

I’m not a fan of this style – it reeks of head-hopping to me.

The advantages of Second Person point-of-view?
·         Contrasting viewpoints will enhance and heighten your novel.
·         Shifting from one character’s POV to another gives you a breather.
·         This allows you several conflicting viewpoints and gives you the opportunity to expand the story plot.

The disadvantages of Second Person point-of-view?
·         Head-hopping can occur if you’re not distinct with every character’s POV.
·         Too much POV switching can diffuse the flow of the story.
·         It’s easy to include too much narrative, instead of letting your characters unravel the story.

Third person limited omniscient point-of-view?  The author enters the mind of just a few characters, usually one per chapter or scene. 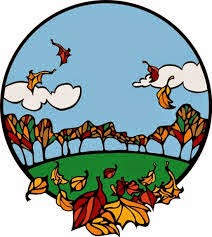