WIP and Future Book Ideas by Connie Vines #Round Robin 74

What book (or type of book) are you currently working on? Do you have ideas for future books? 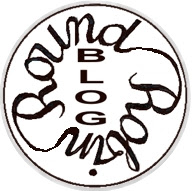 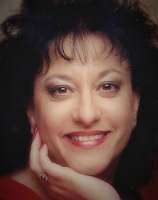 At the moment, I’m working on revisions for my anthology, “Gumbo Ya Ya” for women who like romance Cajun.
The anthology is comprised of 5 stories with the common element being the setting (New Orleans, LA) with one of the main characters of each story being a Cajun.

The Cajuns (/ˈkeɪdʒən/; Louisiana French: les Cadiens), also known as Acadians (Louisiana French: les Acadiens),are an ethnic group mainly living in the U.S. state of Louisiana, and in the Canadian maritimes provinces as well as Québec consisting in part of the descendants of the original Acadian exiles—French-speakers from Acadia (L'Acadie) in what are now the Maritimes of Eastern Canada. In Louisiana, Acadian and Cajun are often used as broad cultural terms without reference to actual descent from the deported Acadians. Today, the Cajuns make up a significant portion of south Louisiana's population and have exerted an enormous impact on the state's culture.

While Lower Louisiana had been settled by French colonists since the late 17th century, the Cajuns trace their roots to the influx of Acadian settlers after the Great Expulsion from their homeland during the French and British hostilities prior to the Seven Years' War (1756 to 1763). The Acadia region to which modern Cajuns trace their origin consisted largely of what are now Nova Scotia, New Brunswick, Prince Edward Island plus parts of eastern Quebec and northern Maine. Since their establishment in Louisiana, the Cajuns have developed their own dialect, Cajun French, and developed a vibrant culture including folkways, music, and cuisine. The Acadiana region is heavily associated with them.


Since I write cross-genre fiction, my stories will each be a romance, however, each story will reflect a different type of romance. Sweet Romantic Comedy, Sensual Romance, Romantic Suspense, Time-Travel, and Paranormal—all of which reflect Cajun culture and New Orleans, LA elements.

Since I always immerse myself in the WIP, I’m brewing chicory coffee, making gumbo and jambalaya.  Since my husband is from Louisiana, he’s loving it!

I’m plotting books 2 and 3 of my Sassy and Fun Fantasy Series.  I’m also working on a contemporary romance novel, too …well, you will just need to wait and see (I’m keeping this one under wraps for the moment).

Remember to stop by and see what these wonderful authors have to share with out:

An author immersing herself in a book? Makes for great stories! :) Love Cajun food! It sounds like you had a good knowledge of Cajun history (from your husband?) or did a lot of research. Wikipedia has vastly improved in the quality of their information, too. I love cross-genre books...so I'm looking forward to your series.

I love Cajun cuisine and one of these days will visit New Orleans.

So, like Skye, you are doing real life research? Excellent.

Immersing yourself in foods/drinks/music from a time and place that you're writing about is a sure way to keep the ideas coming! And the fact that your husband is loving the foods, means that he won't resent the time you're taking to do your writing. What a wise woman you are!