Help me welcome my guest today, Jannine Corti Petska,. Jannine has become a great friend as well as an inspiration. As small press authors, I think we can all agree that our royalty checks are not always as large as we would like them to be, but if you measure your wealth in friendship, then I'm much richer because of friends like this. Jannine is a talented author and she's here to tell you about her world travels. *smile*


Confessions of an Armchair Traveler

I was well-traveled until I turned 18 and took my last flight, and my first solo flight, to Italy. Since then, I haven't seen the inside of an airplane. It's been 38 years now, and I've developed a real fear of flying.

There goes the trip to Italy my husband wants to take. In fact, the only places we travel to are doable by car. I have taken Amtrak twice: to Fort Hood, Texas, and to Albuquerque, New Mexico. It isn't so bad if you don't mind sleeping with a train car full of strangers. I was afraid I'd wake up in the middle of nowhere, dumped because my snoring was rattling the windows.. I wouldn't have blamed them. Sometimes it wakes me up, too!

What does all this have to do with writing, you ask? That depends on whom you talk to. Most writers write from the heart, from life's experiences and/or travels. My books are mainly set in the American West or Italy. One can be reached by car or train. The other? Let's just say my heart races and my palms sweat just thinking about flying. Which leaves me to do my research through books, DVDs and online.

I'm amazed that I can capture any city or town so well, or so I've been told. Of course, this stokes the writer's ego in me. My first and only time in the most romantic place on earth was in Rome, living with my Italian Air Force General uncle and his family. He took me to nearby towns, and to the island of Ponza where he, my father and their siblings were born. Part of my experience was the foundation for one of my books, FOREIGN EXCHANGE, which I co-wrote with another author. It's steeped in intrigue and gives the reader a different perspective of the Eternal City. Unfortunately, this book is no longer in print.

For someone with a fear of flying, I have actually been all over the globe. In my mind only, of course, but that doesn't mean I haven't experienced the beauty and flavor of a city. After all, I am a writer, and I do have an imagination. I've been to Florence and crossed the Ponte Vecchio over the Arno River. Palermo, Sicily has the most interesting architectural styles, depending on what country controlled the city at the time structures were built. Then there was Naples, and Siena where the famed Palio (horse races) of medieval times is still a huge event in July and August. London. Wales. The Netherlands was fascinating with its many canals and windmills. I've also been to Corsica. It was fun stepping into medieval San Gimignano. At the moment I am in Andalusia, camped with a Gypsy clan. So you see, it doesn't matter if I step foot on an airplane. I can see the world from my comfy chair with my feet on the ground (or kicked up on a foot rest) and my sanity intact.

Would you like to travel to Northern Italy? How about Piemonte, Italy? Or Santa Fe, New Mexico? Then follow the links to my three available books and lose your senses in a banquet of history's rich past.

CARINA AND THE NOBLEMAN 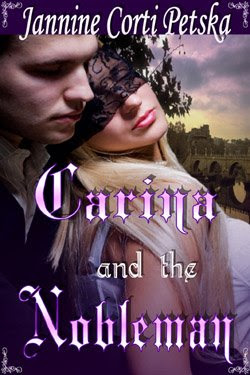 Northern Italy, 1425
Book one of the Sisters of Destiny trilogy

The last thing Count Luciano Ruggero expected was to fall in love with a commoner. But Carina Gallo is the only woman to capture his interest and his heart. When he discovers she has psychic abilities, he is torn between keeping her secret and using her gift to locate his missing brother. Neither the count nor Carina know that her life is in danger until it is almost too late. 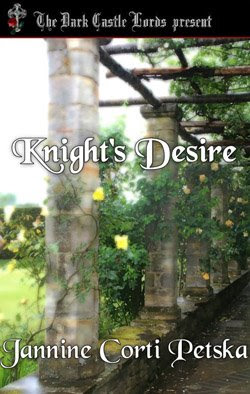 Mariella Rizzoli seeks employment in Baron Romano DiSanto's castle, hoping to obtain the rights to her dead father's keep. When he bids her to seduce him for the keep, she will do whatever it takes to retain her home. But can she seduce the handsome knight without losing her heart to him? 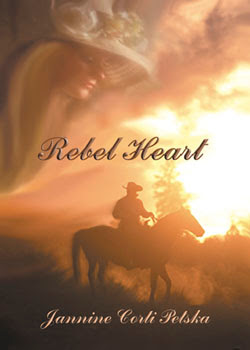 When the woman he's sworn to protect finds herself in the middle of a range war, Beau Hamilton fights against losing his heart while defending Courtney Danning against the unscrupulous man fixing to run her out of town. But when their passion turns as hot as the Santa Fe sun, will their love in the untamed West prevail? Or will Beau's dark past tear them apart?

Available at Barnes & Noble and Amazon. Ebook available at Fictionwise and Coffeetime Romance Reviews and More.

Read the first chapter of each book at my website .

Thank you Ginger for having me as your guest blogger today.
Posted by Unknown at 6:00 AM

Jannine,
Love your post and really enjoyed your admission of being too chicken to fly. I hate it, too. :)

I flew for the first time three years ago. Boy, what a terrifying experience. lol Then the next year I went to Dallas Texas for the RWA National Conference...and flew by myself. OMG! I was soooo nervous. So I do know your fears, girlfriend! I would love to go somewhere I haven't been...but like you, if there's a train, I'll take that.

I am dying to go back to Italy. The only time I was there was in January, and it was raining and cold in Venice. It was so foggy, the gondolas were docked. However, my experience there made me realize I could plunk my vampires down in Venice in January, and they'd be perfectly comfortable in the gloom. Had I traveled there in the summer, I would never have been able to use the locale for my fang boys. Come on, Jannine, don't you just have to get back to Italy?

I would not be able to decide which I want the most, so, I've got to get all three.

Hi Ginger:
It's awful, I know. There are so many historical places I want to go, San Gimignano and Florence two of them.

Thanks for having me here today. I always love your blogs.

LOL, Phyllis. If we ever want to meet in person, we'll have take the train and meet in the middle!

I can't believe you didn't take your first airplane ride until so late in life. My husband wants me to go to a hypnotherapist. If I do that, I want him to put the notion that I don't like sweets in my head, LOLOL.

Thanks for your continued support. You know I love you for it.

Hi Susan:
Venice in January would be a perfect location for vanpire stories!

Yes, I do want to go back. I'm pushing 60, though. Both my husband and I can't do a lot of walking because of bum knees. But I do want to visit family I have seen in nearly 39 years. I had wanted to go back to visit my dad's brother and sisters who had remained behind when he and his older brother came to the states in their twenties and later brought their parents here, too.

Whatever the future holds, I'll have to wait and see. I wonder what my Italian boyfriend is doing and what he looks like, lol. I almost married him.

Thanks for your comments, Susan.

LOL, Joan. Maybe you'll win and only have to buy two of my books!

I appreciate your stopping by and leaving a comment. Good luck in the contest.

Hi Jannine!
Hey, I'm a well-seasoned traveler--in fact, give me a few bucks and we're on a plane to somewhere. But know what? Nothing beats the armchair variety that doesn't require reservations :)
Great posting!

Jannine, I flew a lot as a girl, gave it up for awhile as an adult and now I'm back at it. I just love to go to the beach and I can't drive that far. So, I now embrace (as best I can) airplanes again. My sons hold my hands on the takeoff and once that's over, I'm okay. I have my meditation on my iPod and a good book on my Kindle and forget I'm thirty-thousand feet up.

Great post. I'm an armchair traveler, too, for my stories. I'm in Belfast at the moment.
Misty
www.readmistyevans.com

Hi Ellen:
I agree. Being an armchair traveler beats making reservations, dealing with airlines, crowds, and lost or late luggage.

Thanks for stopping by.

Misty, I flew a lot as a girl, too. After we moved from NY to California when I was three, my mom and I flew back to NY every year until I was 16. On one of those flights, we had a wing seat. One of the propellers caught fire. I have a vague recollection of people upset and crying, and of my mother sitting next to me acting quite calm. She didnt' want to scare me, she told me years later. To this day, I'm afraid (sometimes terrified) of fire. I can't light a match, start a fire in the fireplace, light birthday candles. No one in the medical community has said if there's a direct link. I think there is.

The best way I know to travel is by reading YOUR books!
SB

I enjoy flying. I don't do it often. When my sister turns 50 in a couple years, we're planning to go to Europe. I just don't know where she's going to choose to go--Ireland or across France, Italy, and Germany. I'm anxiously awaiting her decision.

Jannine, great blog. I love to travel and to fly, I just haven't done it much in my life.

Thanks for reminding us that we don't have to 'go anywhere' to travel.

DCL is thrilled to have you as one of our authors.

I fly all the time so one of these days we will have to do it together. lol

I lived in Italy for 3 years & loved it. I always go back when I can to see my family.

Sasha:
You're so sweet. Thanks.

SHE:
That sounds like so much fun. I'd be excited, too!

Hi Anna Kathryn:
It's amazing how far you can travel, and how often, right from your comfy living room chair. Still, I do hope hubby and I can get to Italy.

Pam, how lucky to have lived in Italy for 3 years. My stay was about 2 months. The only thing I wouldn't have liked about living in Italy--or any other place in Europe--is the smoking. It seems like everyone smokes over there, lol. And I'm allergic to the smoke.

So glad you came by and commented.

I enjoyed your post Jannine. I have a confession to make, I've never flown in my life. Not had the chance yet . . . one day. Especially since I have every intention of traveling to other countries and Italy is on my list. [smiles]

So Jannine . . . coming to New Zealand any time soon? [grins]