Bad Boys and why we love them 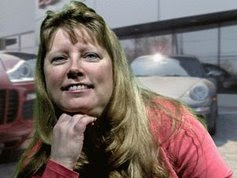 I wanted to thank Ginger for letting me be a tourist on her blog. We have run into each other online through publishers and yahoo groups and I consider Ginger a very good cyber friend. Maybe some day we will meet.
We are together once again as I've just signed a contract for my romantic suspense Incendiary with LBF books. (yeah!)

Onto the bad boys.

The bad boy holds a special place in my heart. I married the antithesis of a bad boy, but for some reason they hold some appeal. Maybe because I can watch them and be friends with them without worrying about succumbing to their charms. Not that I think I ever really succumbed to anyone’s charms. I don’t trust anyone that much and you come on strong I back off.

But they are fascinating.

Let me clarify. Bad boys are not the kind you see on cops with their girlfriend/wife/mother/sister yelling at them from the trailer. These are men who are so enamored of women that they have studied them for years.

What are some of the traits of a bad boy? He’s fun. He’s confident. He’s good in bed. (Or at least he thinks he is.) He thrives on being bad and he knows how to get you to do what he wants. He has studied women for years and knows every type and how to get past their defenses. Think about your hero. Wouldn’t he be fun to write this way? Wouldn’t it be fun to live vicariously through a guy like this? (What? You don’t sometimes imbue your characters with traits you’d like to have?)
So bad boys come in all shapes and sizes. He doesn’t need to be an ex-Special Forces guy. He can be that college professor or the accountant who does your taxes. Wow. Now I really want to write a bad boy in my next book.

Bad boys study women endlessly. They don’t just know generalities about women. They know specifics about the women they are pursuing. There is a certain charm in that. They do see women as individuals. During the chase. After, probably not.

Doesn’t that sound like a fun hero of a romance novel?

He doesn’t have to be ex special forces.

My boss is a former bad boy. He’s a paramedic who used to be a paid firefighter.

Why do you want your hero to have bad boy qualities? Because it can stir up the story and give it conflict.

How does a bad boy do this? What are the techniques? There are three of them: Tell you that you are beautiful, encourage naughtiness, occasionally fight.
Don’t all of those sound like a hero in a romance novel?

Bad boys know how to compliment a woman in a way that is unique to her. They don’t go for the obvious, but rather something very personal to the woman. Think about giving your heroine some unique trait. Maybe she snorts when she laughs. He finds that irresistible. So he’ll comment and compliment her on it. But he does it in a way that she isn’t offended.

It will most likely take her off guard. She’ll respond.

Think of the buttoned down heroine getting to let loose with her bad boy. She goes out and buys that party pack of glow-in-the-dark ribbed condoms. Haven’t you ever seen someone really let loose? It’s invigorating to watch.
Or think of that person who doesn’t laugh very often. Getting them to laugh is so cathartic. There was a deliver guy at a library I once worked at. He went about his business and never made eye contact. That’s a challenge to me. So I said hello to him every day. By the fifth time he said it back. I think one of the librarians within ear shot had never heard the guy’s voice.

That’s how a bad boy feels when he can get a woman to let loose.

Think of the possibilities.

Today I’ve just scraped the surface of what a bad boy is and how you can use him in your writing.

Chris Redding lives in NJ with her husband, two boys (one of which is a bad boy to be) a dog and a rabbit. When not writing she works in the male dominated field of Emergency Medical Services. She is teaching her full online course about men, Show Up Naked, for the Northeast Ohio Romance Writers in July. For more details about her books visit www.chrisreddingauthor.com.
Posted by Chris Redding at 2:00 AM

Fun post Chris and reminded me of a few "bad boys" I've known--as well as a few of my "heroes" :) I do like writing bad boys!:)

I love bad boys. They are a challenge and so much more fun because you just never know.

Katie,
My Thursday Tourists do their own posting,but I did announce her in my previous post. I actually added her picture, which I'm not sure she'll appreciate or not. :) I doctor up some of the posts, like make the urls interactive, etc, but that's about it. People will have to be in suspense until they get to the end. *lol*